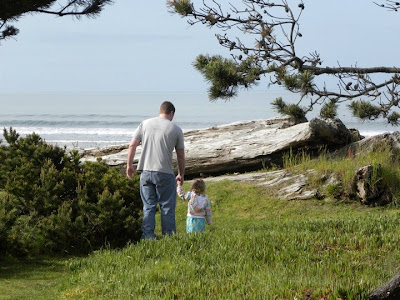 This morning’s post is a two-sided coin. Some people are hostile towards women who have embraced a more traditional role and, perhaps more importantly, have embraced the inherent femininity that they find within themselves. However the hostility that certain people seem ill equipped to hide when facing a woman who has embraced this role doubles (at the very least) when they encounter a man whose wife has embraced this role. I’ve seen it first hand and let me say: It’s not pretty.

Poor Paul. My insistence on acting the way I act, like a woman who believes that her femininity is a gift from God, means that the words: “Your poor wife!” are ones that he hears fairly often.

Here’s a typical scenario. Someone asks how the family is doing and how old the girls are. They then add: “So are you done yet?” As a side note, I often wonder when our society degraded to a point where this became an appropriate question for a casual acquaintance to ask. Stranger still that the very-much-called-for-answer “excuse me, but that’s really none of your business” would be looked on by many people as rude. But I digress. Back to the conversation.

He answers this rather rude question in a variety of ways depending on his mood. He might say: “Oh no. No. Not even close” accompanied by a shake of the head. Or “We’re really hoping for at least seven.” Sometimes it’s: “No, we’re still trying for at least another ten more… I can’t see her being done this early…” and other times, when he’s being particularly silly: “Seriously? The (fill in the name of a nice Mormon family with lots of little ones who lives in the area)’s are still beating us by like three.” Or maybe it’s the sweet: “I realize that my wealth won’t be money. My wealth are my children.”

Given the unvarying response to whatever answer he gives he might as well have fun with it.

Because he knows that really, it doesn’t matter how he answers the question, he’s going to get the same response. A widening of the eyes. A shake of the head. And then the: “Oh, your poor wife!” 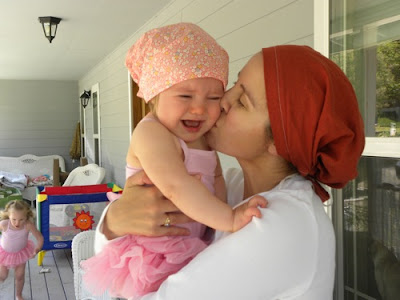 It isn’t possible, in our modern world, that I would chose of my own accord, un-coerced, to embrace the children that God sends our family as a gift and praise Him for His generosity. That is simply unbelievable. They must be being forced upon me.

The funny thing is, Paul is a theology guy. He reads lofty theology tomes that, on the off chance I pick one up out of curiosity, are bound to put me to sleep in next to no time. I’m more interested in books that focus on the practice of religion and the formation of the person on their journey towards sainthood. His books are often about the “whys” and mine are usually about the “hows.” Paul insists that his are about “hows” too… But his are different “hows.” His are about “how is this accomplished.” Mine are usually about “how we should live and grow.”

Thus he was never the one who suggested my lifestyle changes. I read about headcovering and told him what I’d found and he supports me whole-heartedly. But it was never his idea. I read about dressing modestly, did a few month-of-dresses experiments and found that I really was treated in an extremely different way when I dressed modestly. This isn’t the motivation behind my dressing modestly, but it did influence my interior debate over what was necessary for me personally and what wasn’t. I made the change. He supports it. But it was my change.

He is the head of our household. But he trusts me and knows that we make a pretty good team, particularly when we both play to our strengths.

Still, I feel for him. His wife is feminine and perhaps a bit retro, so he must be a tyrant. Ah well.

I’m made more thankful by the fact that I have a husband who supports and understands my vocation as a wife and mother than I would likely be able to be if we lived in a world in which it were a common thing.

So we will continue on our way, doing what we are called to do: helping each other to grow in faith and grow towards heaven.
Posted by Cammie Diane at 12:20 AM

Email ThisBlogThis!Share to TwitterShare to FacebookShare to Pinterest
Labels: day to day, Feminism