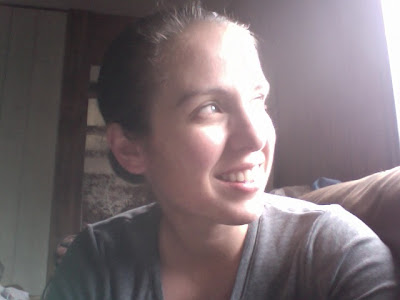 The good news: they got the x-rays back and all it showed was that apparently my spine is "too straight" (in other words it doesn't have a natural curve to it).
I would go see a chiropractor for this problem... but I've tried that before... and ended up with a migraine after almost every single visit. Thus my fear of having my neck touched ranks up there with my fear of alligators. Actually my fear of having someone touch my back or neck may be worse... because past experience tells me that it's going to be very bad 99% of the time...
The bad news: the doctor thinks it's the post-pregnancy hormones and agrees with the past doctors that there's nothing they can do while I'm still nursing.
So I'll grin and bear it. :0D
It's much easier to say that when I don't have a headache than when I do!
Posted by Cammie Diane at 11:57 PM