Prayer Request in the Wake of a Very Sad Situation 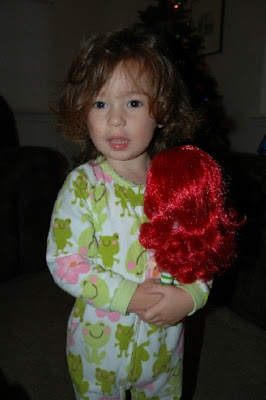 Here's a prayer request for a family that I don't know.

This weekend, while we were away celebrating Paul's graduation, a very sad event occurred in the area surrounding our small town.
A little girl, a few months younger than Sadie, went missing in a county a few hours away and her mom's car was found just on the other side of the county line on Friday morning.
A while later they found the girl's mother walking by the side of the freeway in our county, naked, with her belongings strewn over ten miles. She told the searchers that she didn't remember having a child. Reports say that she is either mentally ill or under the influence of narcotics. Later when she they brought her husband to see her it's reported that she began to remember a bit more.
Yesterday they found the child's body floating in the river.
The mother is being charged with her murder.
Please pray for the family and the rescuers that worked on the search and recovered the little girls body. I can't even begin to imagine how they must be feeling.
Posted by Cammie Diane at 12:06 PM