I apparently haven't been inside an Apple store in a while...
We arrived to a line out the door.  I briefly wondered if there was some new product being released, but found when we made our way to the front of the line that it was just a normal Saturday.  After making an appointment we took the girls for a walk, returning half an hour later at the scheduled time. 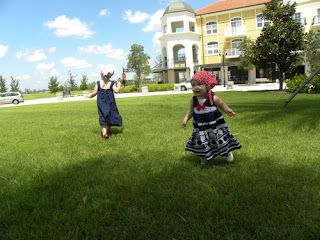 Mae wasn't thrilled about the packed store however.  More specifically she wasn't thrilled that we weren't going to put her down and allow her to run around in between people's legs.  So Paul headed outside and I stood with our two computers which were both suffering from the same problem: power cord/battery malfunctions.

I showed the guy helping me Paul's computer first and he sympathetically explained that they didn't work on computers that are older than five years... and that it really probably wouldn't be worth it to take it to have a third party fix it, because it would probably cost around $500 and neither of us were delusional enough to think that our 2005 Apple was worth that any longer.

He took a look at my computer next and found that both the power cord and battery were bad (we go through Apple power cords and batteries pretty quickly in this house... We're on our second replacement battery (third if you count the one we're not replacing in Paul's computer) and are on our fifth power cord in as many years (at least that's between two computers...).  They didn't have a battery in stock, but they did have an old power cord at the store, which they sent home with me.  Unfortunately, power cord #5 was a dud too, so we'll be going back for power cord #6 when the battery comes in.  So I am currently computerless. 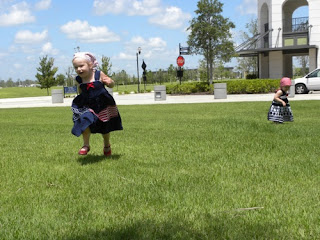 My warranty did expire a couple of months ago (I kept waiting for Best Buy's renewal to come, but it never did), but at least it seems to be a relatively inexpensive (in computer terms) fix.  I'm just hoping that it is the battery and that we're not going to find that it's some inner-computer-battery-connection-part that was hurt when the computer made contact with the hard tile floor.

And so blogging will likely be limited until my computer is back up and running.  I am getting a lot of sewing done in the meantime!  I hope you're all having a wonderful weekend.

On a totally unrelated and random side note: I can tell you one important lesson I learned today.  Never go to Walmart on Sunday afternoon.  It was insane.  There must have been 500 people in the store.  Every aisle was bumper to bumper carts.  When I went to pay the apple cider for my crock pot baked apples didn't ring up and the checker said there was nothing they could do about it.  It was that busy!  I will definitely be doing my shopping midweek from now on if I can help it!
Posted by Cammie Diane at 2:28 PM