I likely would have written this post last night if I hadn't drifted off to sleep when Sadie and Mae did, at around 7pm.  At some point Paul came in and told me it was around 8, because after falling asleep at 7 earlier in the week he had instructions from me not to let it happen again ("I missed a night when I could have been sewing presents!" and other panicky statements that he'd heard this week...).  But after grumpily wandering around the house for about two minutes I decided that sewing would have to take a backseat to rest for the time-being.

And here are our Thanksgiving in pictures...

The pictures begin when the preparations began, the day before Thanksgiving, with Sadie and Mae playing in their room as I began to cook.  Sadie had just announced: "I am going to be kind to my sister today.  I am going to make her happy!" and was doing so by piling toys around her while Mae sat reading a Dora book.  That little pony tail behind/under the pink bear?  That's Mae Bae.  The shadow at the back of the picture going back for more toys?  That's Sadie.  Sadie's project did make baking on Day 1 a little easier for me though!  I decided not to ask what Sadie's goal is on most days since "being kind to my sister" was apparently a special goal... 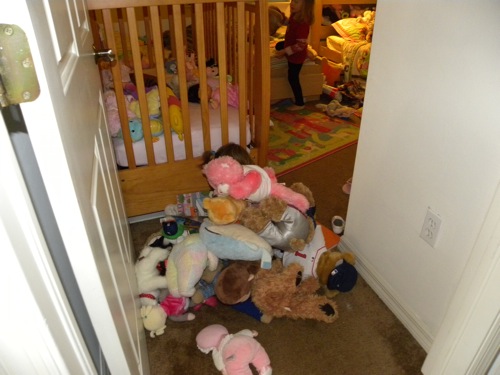 The cornbread was the first thing out of the oven: 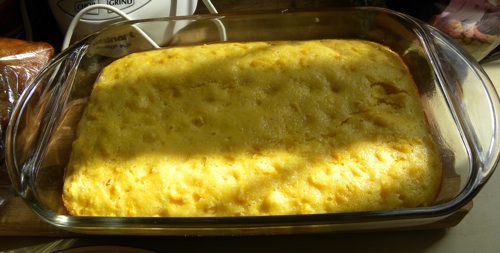 I love homemade cranberry sauce.  It's the easiest thing to make (I boil water and cranberries and sugar until the cranberries pop and then throw in a few spoonfuls of mint jam... then stick it in the fridge for  day.) and it's just so pretty! 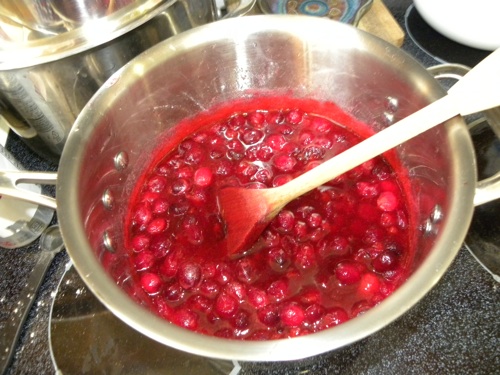 Let me say that I felt very, very ambitious as I baked yeast bread to use in my dressing.  I had a backup bag of homemade dressing hidden on top of the fridge just in case there was a bread making disaster, however: 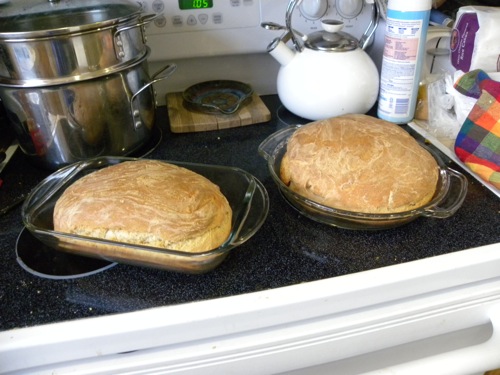 Paul may have thought I was crazy when I kept proudly showing him the hard-as-rock bread pieces that resulted from baking them lightly and then leaving them in the oven overnight: 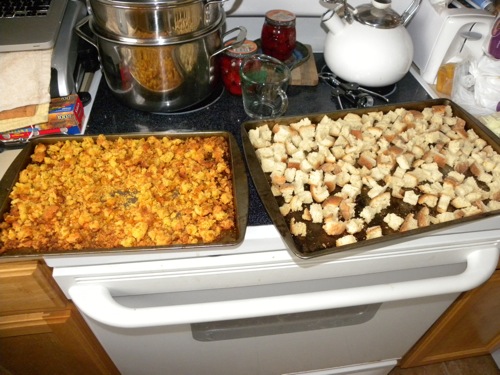 Then it was Thanksgiving morning.  I laid out my game plan (with a couple add ins as we went along): 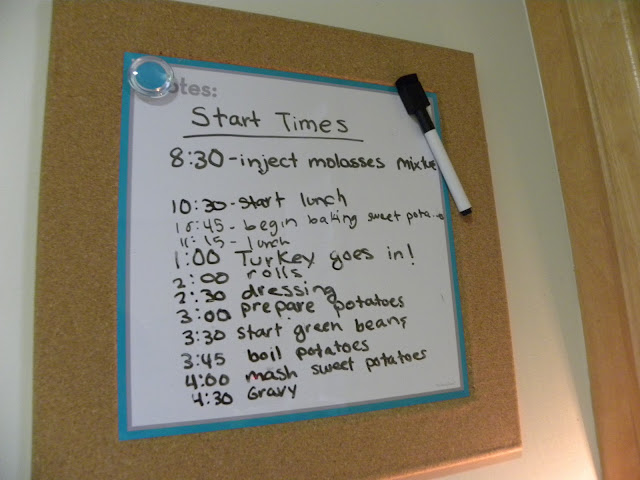 This was the only part I was really nervous about.  Injecting the turkey.  Usually the recipe I use calls for making this thick butter mixture of salt, pepper, butter and molasses and hand rubbing it under the turkey skin.  The turkey that results is delicious, but it's a lot of turkey prep work.  So I came up with the bright idea of buying on of the cajun turkey injectors and injecting the same mixture after melting it. I thought it was a grand idea... 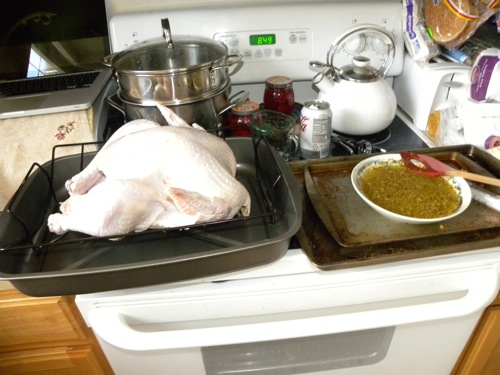 Here I am implementing said plan.  I've already starting drinking coke since I know I have a long day ahead of me and I'm not a coffee drinker... 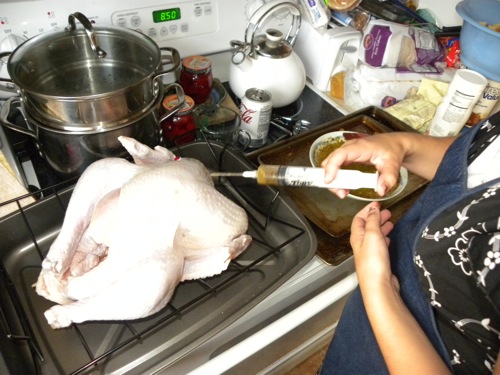 Unfortunately, about ten seconds after this picture was taken I realized that even the "finely ground" pepper was too lumpy.  So I ended up injecting mostly molasses and butter, hand rubbing the salt and pepper with more butter (I didn't get out of the messy job after all) and finally decided that the turkey was "good enough."

As soon as I finished the turkey I started on lunch.  We were going with "light" snacks for an early lunch.  Sadie was pretty excited when she saw what we were having: 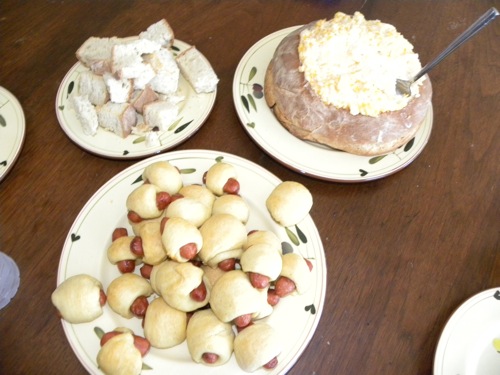 While we were waiting for the turkey to go in, and I was prepping lunch, I stuck five sweet potatoes in foil in the oven at 350 degrees for an hour and a half.  They came out perfect for peeling the skin off and mashing: 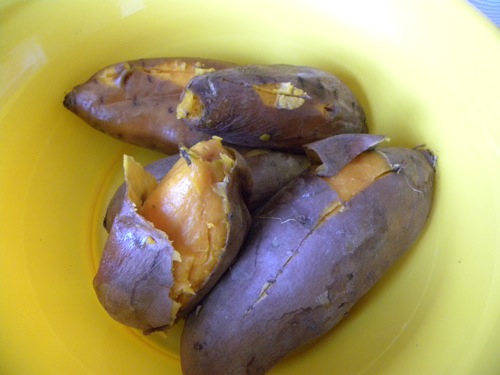 Then Sadie insisted I help her take of the dress she was wearing for Thanksgiving, so she could layer on three tutus herself to come up with her own dress to wear while riding her tractor around the house: 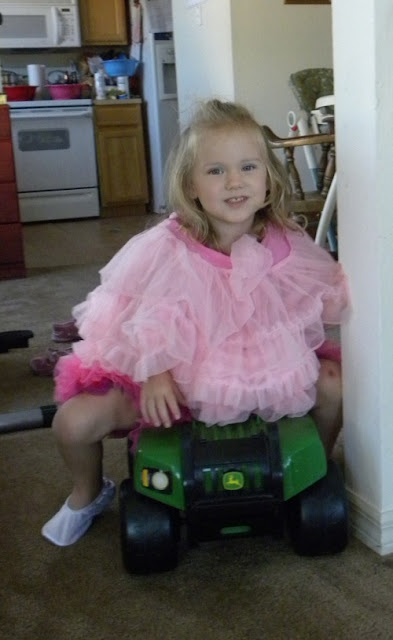 Daddy came home for a study break around three and the girls piled on to the couch with him to watch princess movies.  Poor Daddy.  If he'd put on a football game Mae Bae would have followed him around the house with a Dora DVD repeatedly handing it to him...  Apparently he opted for a peaceful afternoon: 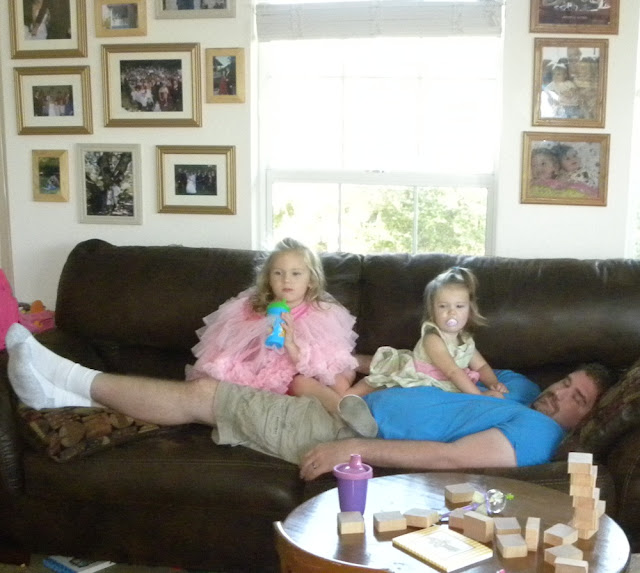 The casserole chaos that followed meant that no more pictures were taken until the turkey popped.  However the list was checked off (although not in order): 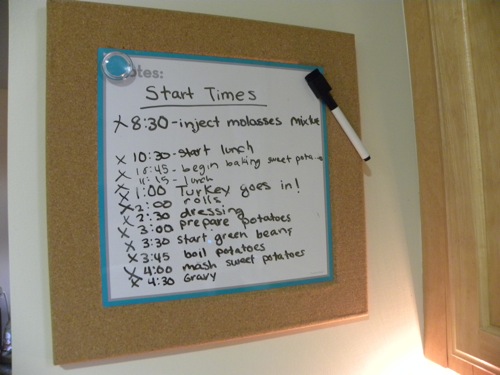 A picture of the turkey at an odd angle so you can't see how messy my kitchen is at this point: 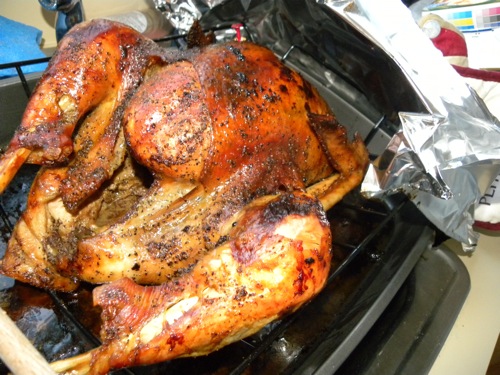 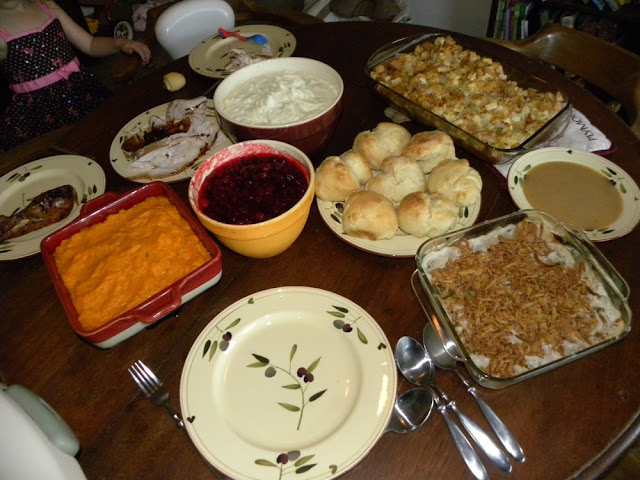 This morning Mae Bae was ready for leftovers.  She followed me around eating a sweet roll and swiping pieces of my roll, while she hoarded her own. 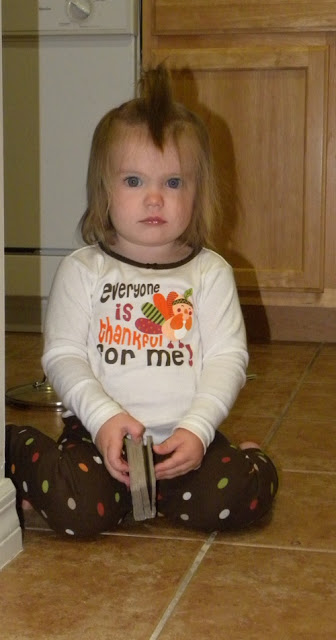 I hope you all had a wonderful Thanksgiving!
Posted by Cammie Diane at 7:20 AM