Our Jesse Tree: The Project Begins

For two years I've had grand plans involving Advent and our very own Jesse Tree.  The first year I ran out of time.  The second year I started in November and tried to make ornaments out of baker's dough, which resulted, with the first day ending in disaster (ornaments that were too thick and cracked, plus my apparent lack of sculpting ability, which was disheartening) and me giving up.

I'm following (for the most part) with the symbols in my Meredith Gould book, The Catholic Home, but there's an explanation with verses and symbols here too.

This year I started sewing during the last week of October and it's a good thing I did.  The first ornament took several days.  I'm afraid if I'd started in November I would have given up again when the first ornament took so long, thinking it was impossible to finish in time.  Apparently I'm not great at free hand map sewing (don't you love how Florida is gigantic?)  But I was still pretty excited to finish my first felt ornament.  They're the size of a roll of duct tape (in circumference) because that's what I used to trace my pattern.  I've since gotten a little quicker and am averaging one ornament a day too, so I should finish in time.  Here's what I have so far: 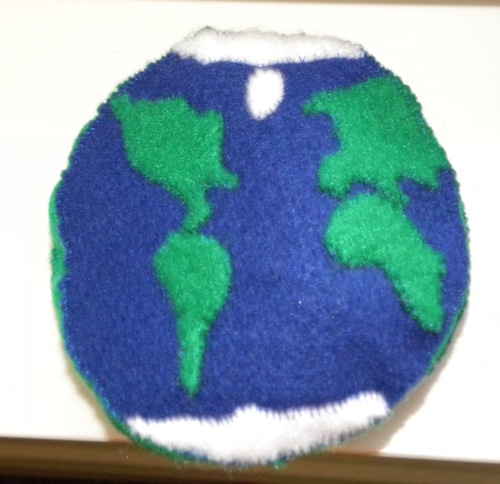 I made the little red apples out of velvet, so they stand out.  I cut out a spiral, trimmed the inside and then spread it out to make the snake. 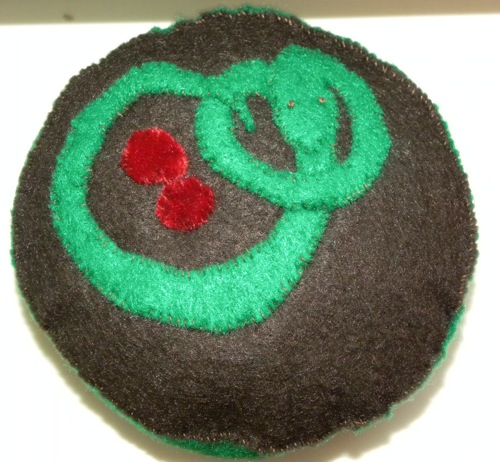 I sewed this yesterday while the girls were watching Therese.  The second meltdown of the day occurred when Sadie announced she had to watch Therese for All Saint's Day and then cried while I got it ready because I was moving sooooooo slowly (apparently asking if she was sure she didn't want to watch Song of Bernadette was big no, no).  The movie, which begins around the time Therese's mother dies, and ends... well... we all probably know how it ends... she's not one of those saints who lived out of her mid twenties... isn't exactly made for a three year old.  But Sadie loves it... 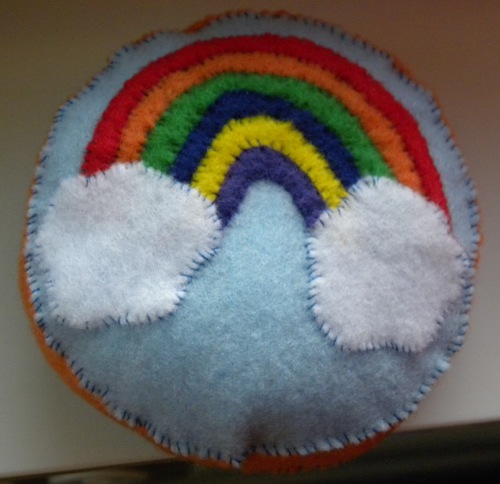 And here are all three of them together.  Sadie has taken to carrying them around the house and waits impatiently for a new ornament to be finished each day.  She would very much like to help me sew them: 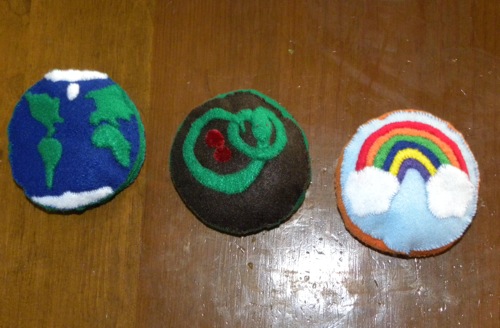 And here they are, numbered on the reverse sides.  Once I've made them all I'm going to sew little velcro circles on the back, so we can stick them on the felt tree that I will hopefully have time to make!  With the size of the ornaments it looks like the tree is going to be pretty big!

And that's my craft project of the moment!

Do you have any plans for Advent Calendars or Jesse Tree's this year?

I'm trying so hard to be organized this year!
Posted by Cammie Diane at 8:35 AM