I managed to catch a few minutes of the news last night and after seeing a few minutes of angry mom's decrying the FDA's failure to outlaw BPA in plastics, the newscasters concluding words on the story captured my attention.  BPA, he explained, has properties similar to estrogen, which is linked to an increase in breast cancer and heart disease.

What?!?!  I thought, shocked by the admission that the reporter had just made.

Estrogen increases the risk of breast cancer and heart disease  (I was pretty shocked that he said those words, since logically the next step is just a hop, skip and a jump away and I can't have been the only one who made it).  Birth control pills are (usually) estrogen pills.  Yet they're still touted as an absolute must for women of all ages, prescribed for young teenagers and then on through the decades as something that's necessary and virtually risk free.

After I watched the BPA story, I couldn't help but think of an article I read a few days ago.  A rather liberal friend posted a link the other day with a title about "the lies Republicans tell women."  As I began to read I found the tone of the piece insulting almost instantly.  The author clearly thought that I was too stupid to think for myself, and needed to be spoon fed the facts, bite by bite. 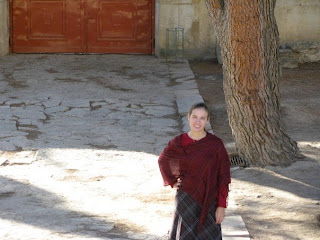 These "facts" were apparently supposed to be lies that conservatives tell women.  As a "conservative," who does a lot of reading, I expected to be met with "facts" that I'd actually heard of before.  After all, I read quite a bit of conservative news and you'd think that I would have been indoctrinated quite thoroughly if there was a great right wing conspiracy to convince me to spout certain rhetoric. I knew I'd disagree with the author's take on these "lies" but I at least expected to have run across them somewhere in the past decade of watching politics, first as a liberal and then as a conservative.

The #1 lie let me know, however, that we were headed in a strange direction.  The first "lie" conservatives tell women is that birth control pills cause prostate cancer.

I paused in reading and reread the heading of the section several times.  A long line of questions ran through my mind:  Prostate cancer?  Um.  Yeah.  Women don't get prostate cancer.  Who gets it?  Their partners?  Is anyone stupid enough to believe... Finally I continued reading and found out that it was (claimed) to be more common in future offspring.

To be honest I have no idea if there's a link between that particular cancer and estrogen pills, because I'd never even heard that claim and so I've never looked into it.  And frankly, I suspect that if there was a link, something would be done, because it seems like anytime contraceptives have threatened men's health in the least, something is almost instantly done (if you don't know what I'm talking about you might want to read up on the early days of the pill).  However, I do know that it's been named a Class 1 Carcinogen, in the same class as cigarettes and asbestos.  I know that women who've taken it are far more likely to develop cervical cancer and breast cancer.  Does it also need to cause prostate cancer for it to suddenly get our attention?  Are breast cancer and cervical cancer now "bad" enough to cause us to worry about what we're putting into our bodies? 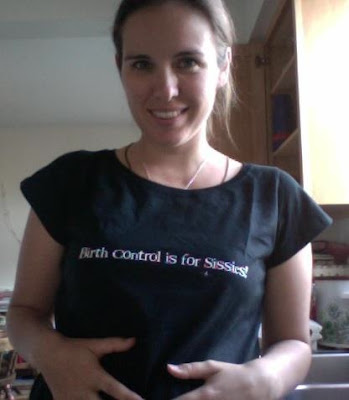 I'll admit, when that idiot doctor last year said that I had to take the pill for at least two months I felt slightly ill (more ill than I was already feeling from my not-psycho-somatic but actually there retained "debris").  I felt as if he'd just told me that I needed to smoke a pack a day to recover from my miscarriage.  I felt like I was popping poison pills for a week until I found my NFP OB.  And when my new OB asked for the dosage and said that there was no way that amount would have worked for it's intended purpose, and wouldn't have been anything other than a placebo... well...  if I'd been in his office I probably would have thrown something.

I agree with the author of that silly little article on one count though.  I do wish that people would stop lying to women about our bodies.  And the first lie that I wish that they would stop telling us is that estrogen pills are harmless.  Some women may need to take them for medical problems when other options have been exhausted and the benefits outweigh the risks, but let's not pretend that there are no risks at all.  Because right now, that's the biggest lie of all and a whole lot of people have bought into it and, as statistics show us, will later pay the tragically high price.

I honestly think that that's the #1 lie that women are told, day in and day out in our country.  That's the myth that needs to be erased so that women, young and old, know what they're getting into when they start popping those little pills day after day.  And maybe once we admit that the pill isn't harmless, we can begin to admit that consequence free sex is a myth too, and those two very popular lies can share a funeral pyre as they go down in a fiery blaze.
Posted by Cammie Diane at 5:56 AM