Except... sigh... Paul has a paper that's not due until the 19th.  Two days ago there was a scare and we thought it was due today, and to be honest, I was kind of happy.  I knew it was a push, but at least it would be over.  Alas, the 19th is the actual due date, drawing out the law school fun for 5 more days (because it seems like these things are never actually totally finished until it's time for them to be turned in... there's always more time to perfect them until that magic it-needs-to-be-turned-in-at-exactly-this-time moment.

Paul left early yesterday morning, got home sometime after midnight last night and made it out of the house before the sun was up this morning.  Today's test (which runs from 8:30-12:30 eastern time) is the one that apparently "makes people cry"... so prayers are very much appreciated!

Mae Bae has taken Daddy being gone pretty hard this week.  If he so much as walks near the door or picks up his jacket there's hysterical crying.  Yesterday she found a book about a Daddy bear putting a baby bear to bed and brought it to me and took my hand and made it repeatedly point to the Daddy Bear.  She is going to be thrilled when he arrives home today after the test! 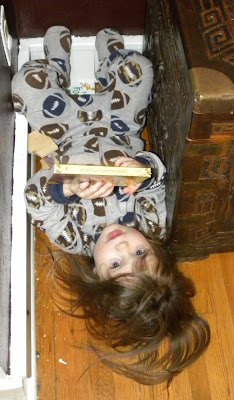 This made me really, really angry.  This on the other hand, restores a bit of the faith I lost in my fellow man after reading the story in the first link.

I don't even have words for how the behavior of the thugs down the street make me feel.  I can say it makes me way more supportive of our governor than I would have been on this issue if these guys weren't acting like a bunch of overgrown school yard bullies (in a terrifyingly large group).

I believe that if Patrick could talk right now his first words would be:  "Please, please make my sisters stop kissing me."

I'm trying buddy... but they're sneaky. 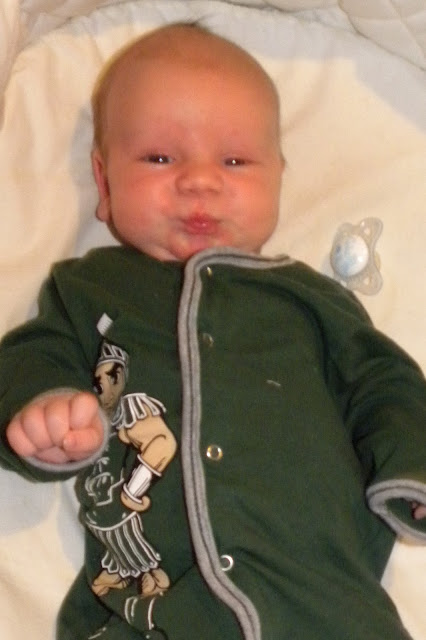 Paul's been at the library pretty much every night and so our nightly advent tradition time has been me a four year old, a two year old and a newborn.  Each night I was highly tempted to just put everyone to bed and not muscle through a family rosary without Paul.  But we survived and so far have done the family rosary, jesse tree and advent wreath every night.  And the girls actually seem to be looking forward to it (I think the candles play a big part in that!). 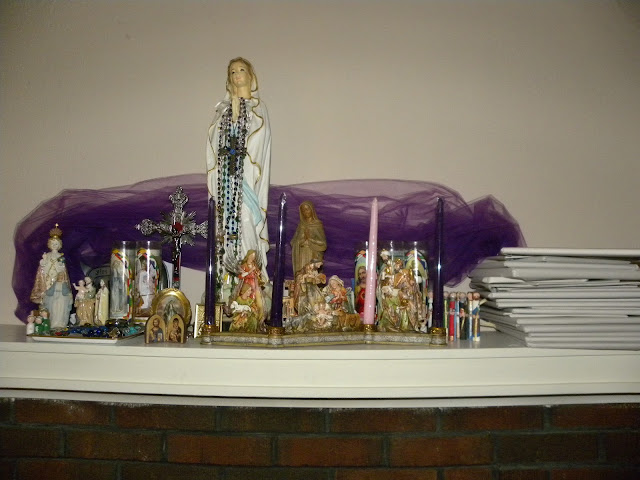 Sadie survived the first round of swim lessons.

And I didn't have a heart attack in the bleachers (and this is from someone who's taught 100s of kids to swim over 8 years as a lifeguard/swim instructor).

The problem is that Sadie thinks that she knows how to swim already.  And in a way she is doing pretty well.  She goes under water and just swims and swims.  Not bad in a class where most of the kids were afraid to put their faces in the water... However... she doesn't come up for air.

So another round of lessons it is.  And hopefully in this round they'll get to the breathing part....

For more Quick Takes, visit Conversion Diary!
Posted by Cammie Diane at 9:38 AM