On Falling Short of Sainthood... 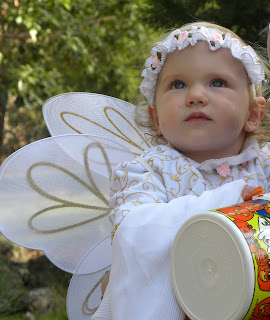 Earlier this week someone expressed concern over some words that I had written and that conversation inspired this post.  The words I wrote were these: "I know that I fall far short of sainthood..."

I think that the fracture in understanding came because these words were believed to be spoken in a proud, bragging manner, which wasn't how I intended them at all.  I was told that I needed to take a good hard look at my life if I could say such a thing.

Yet those words are the result of taking a good hard look at my life, on a regular basis.  By taking a critical look at my life I can see the cracks and crevices and rough spots in my own character that make daily or weekly appearances, and in retrospect, generally cause me to wince.

When I first converted, giving up sins seemed far easier than it does now.  The sins that had infested my life were of the big, ugly mortal variety.  I could see them coming from a mile away.  With the help of the sacraments and daily prayer I found that things that had seemed perfectly acceptable pre-conversion were suddenly disgusting.  I was repelled and wanted no part in what had seemed: "fun" a short while before.

That, strangely enough, was the easy part.

However getting rid of those major lifestyle sins, uncovered all the "little" sins that I hadn't thought about before.  The ones that aren't quite as easy to give up.

I'd say these days my major temptations would fall under anger, sloth and gluttony when I compare my life to the seven deadly sins and look for pitfalls (talk about putting myself out there!).

They're usually things that seem small : losing my temper and saying something that I absolutely shouldn't have.  Seeing something that needs to be done, that's a part of my vocation, and putting it off indefinitely, because it just feels so much better not to get up off the couch right now.  And the junk food that still temps me even after cooking three dozen eggs last week in an attempt to battle the hunger pangs.

These are sins a confessor would usually say are venial and yet, as I've battled the same ones for years now, I've come to realize that they're still dangerous.  They're easier to justify and thus let slip by.  And the fact that I'm still struggling with them can make me feel like I slogging on slowly, making little progress, asking for forgiveness and then falling face down in the mud again.

So no, I don't say that I feel that I'm far from sainthood in a way that's filled with pride as if that's some sort of achievement.  I do believe that the greatest tragedy in this life is to not be a saint.  I do believe that I'm called to raise saints and grow with my husband in our married vocation towards sainthood.  But even on good days when I feel at peace I can't help but remember Saint Paul's words to the Philippians (2:12):


"Wherefore, my dearly beloved, (as you have always obeyed, not as in my presence only, but much more now in my absence) with fear and trembling work out your salvation."

and then Jesus own words in Saint Luke's Gospel, which also kept coming to mind as I thought about the conversation:


"Two men went up into the temple to pray: the one a Pharisee, and the other a publican.  The Pharisee standing, prayed thus with himself: O God, I give thee thanks that I  am not as the rest of men, extortioners, unjust, adulterers, as also is this publican.  I fast twice in a week: I give tithes of all that I possess.  And the publican, standing afar off, would not so much as lift up his eyes towards heaven; but struck his breast saying: O God, be merciful to me a sinner.  I say to you, this man went down into his house justified rather than the other: because every one that exalteth himself, shall be humbled: and he that humbleth himself, shall be exalted."

No, I don't admit that I fall short of sainthood as if that is somehow a good thing... but I do believe it is good to know when we fall short.  It's only by realizing our shortcomings that we can pray and throw ourselves on God's mercy, and pray that he help us overcome them.

After all, if God could show Saint Teresa of Avila a room in Hell that the devil had prepared for her, I'm entirely certain I have a long ways to go and will require some serious purification before I've been made fit to stand before our  heavenly father.

I'm thankful for my readers' concern, but I think it would damage me far more to be wrongly confident in my virtues, as if I have already attained sainthood here on earth.  It is through evaluating our lives that we find we fall short and need God's grace, so that when we fall, we might pick ourselves back up, receive the forgiveness that he offers us through the sacrament of penance, and continue on again, firmly resolving to do better the next time.

Lord Jesus Christ, Son of the Living God, have mercy on me a sinner...
Posted by Cammie Diane at 11:26 AM