On Fear and Guilt, Joy and Love 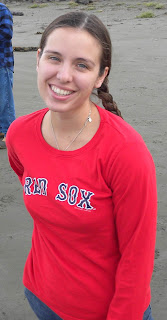 When I was in college my friends and I used to joke about a not uncommon emotion that we encountered frequently on our college campus:  Catholic Guilt.

Oddly enough, it was an emotion that seemed to strike more of the boys that I knew than girls, and usually took the form of talking about feeling bad about doing something, but continuing to do it anyways.  For girls guilt seemed less common (or less talked about) maybe because we'd become so "empowered" with talk of "we can do anything they can do" that our consciences were burnt to a crisp.

We said the words laughingly, rolling our eyes, and I honestly thought that constant guilt and shame and fear were clearly just part of being Catholic.

I couldn't have been more wrong.

In our culture guilt and shame aren't exactly seen as positives.  It's more like: you're okay, I'm okay, we're all okay and none of us should make any efforts at being anything other than who we.  We wouldn't want to damage our self esteem or infringe upon any of our natural awesomeness.

But that misses the point of these particular emotions.  Feelings of guilt are, at a basic level, the warning system of the soul.  They tell us that something is wrong, that we need to stop or repent, that we need to turn back to God confident in his love and sacrifice.  Sure in our tangled, confused world, our consciences can be twisted and warped until the response is muted and dull, overactive, or simply out of whack. That is exactly why we need the leadership of the Church and solid spiritual guidance to help us stay on track.  Our consciences and the resulting feelings of guilt when we do something wrong, have a purpose. 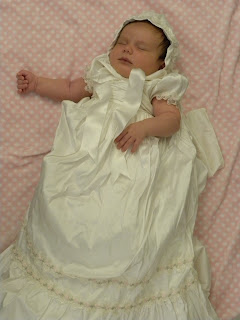 Something that might have surprised my college self, however, is that guilt and shame haven't been overarching themes in my life since my conversion.  Do I feel the sting of guilt when I do something wrong?  Absolutely.  But that guilt is almost immediately overridden by the knowledge that there's a sacrament that will instantly alleviate any worries or concerns about the offending action.  And any remnants of that guilt are erased altogether once the sacrament has been received and I exit the confessional with the squeaky clean feeling of having been made new once more.

In yesterday's post I quoted Saint Paul in his letter to the Philippians when he said:  "Wherefore, my dearly beloved, (as you have always obeyed, not as in my presence only, but much more now in my absence) with fear and trembling work out your salvation."

Does this mean that we live in constant fear?  No.  Fear, like guilt, hasn't been an overarching emotion during my journey as a Catholic, because, while I may not know the future, I have hope given by him that created me.  Fear is not my main motivator.  Love is.  As we say in our act of contrition:  "I detest all my sins because I dread the loss of heaven and the pains of hell, but most of all because they offend thee, my god, who are all good and deserving of all my love."  We may start with fear, but ultimately, it's our love of God that motivates us.  Fear can only take us so far in inspiring good behavior.  Love carries us much farther.

Some people don't believe in Hell.  I would love not to believe in Hell... however, I don't think that the gospels have really left us with that option.  You see, God doesn't force his presence upon us.  Our lives are full of choices.  We've been given free will.  And every day we choose again and again to turn towards or away from God.  If we knowingly consent to committing a serious sin we are, in effect, severing ourselves from him.

If we end up in Hell it's not because God was "mean."  It's because we chose and God respects our choices and lets us make them.  However there are consequences for those choices.

God offers us ample graces if we're willing to rely on them.  He carries us along if we but ask him to, and picks us up and dusts us off over and over again if we simply repent.  But we must repent with our whole selves, with our hearts and minds, our words and actions.  If we simply needed to say certain words and could then go on, doing whatever we wanted, then he wouldn't have described the road as narrow or hard.

The existence of God's grace doesn't mean that we can stop trying.  It simply makes what would be impossible on our own, possible.

And so the words "Lord Jesus Christ, Son of the Living God, have mercy on me a sinner" aren't a sign of unhappiness or pain.  They are words spoken in joy as we choose love over the alternative and set our sights on heaven and an eternity with the God who made us, the God for whom our souls long.
Posted by Cammie Diane at 7:30 AM