And since Sadie wants to be a Mommy along side me, he is often accompanied by baby Princess Aurora: 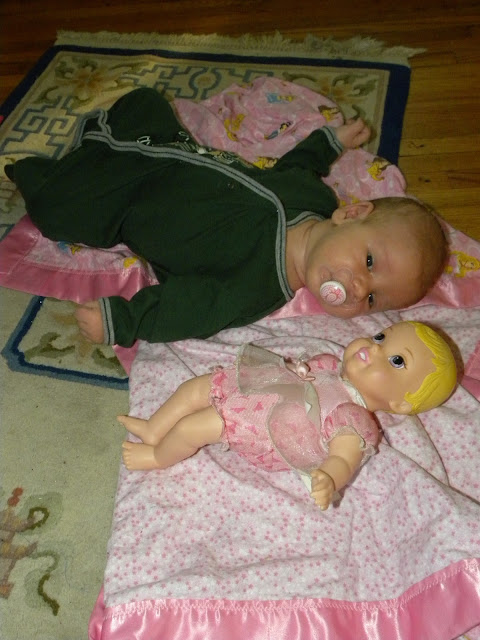 Here she is about to inform me that Patrick is her baby.  It went something like this:

Me:  "Oh, no, no, no.  You do not pick your brother up." This is said as she puts her hands under him to scoop him up.  She's allowed to hold him if I hand her to him, and she's sitting and she's on her best behavior...

Sadie:  "But I have to Mommy.  Because he's my baby.  Because I love him soooooooo much."

Me:  "You still don't get to pick up your brother." 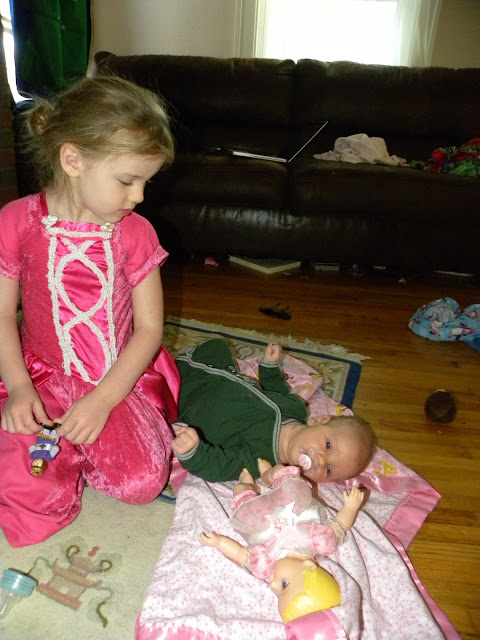 And then, a few hours later:

Sadie:  "I'm trying to teach him Mommy.  He's not doing it."  She takes his little hand and holds it in hers:  "In the name of the father and the son and the holy spirit."  As she says the words she makes his hand make the sign of the cross. 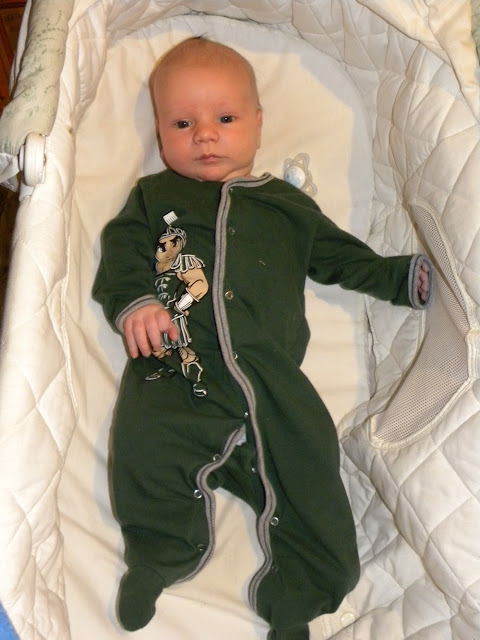 All the attention may be the reason that he doesn't resist spending quiet time in his bassinet, which stays safely in the kitchen, behind the baby gate.  He knows he won't be cuddled unrelentingly by his sisters there.
Posted by Cammie Diane at 6:59 PM