We woke up to a surprise in front of our door this morning: a huge freezer box from Omaha Steaks.  Excitement turned to disappointment as I realized that while the address was correct the name wasn't.  However when Paul called Omaha Steaks and told them about the mistake their reply was "Merry Christmas!"So we're planning a special "finals are over" meal later this week (thank you Omaha Steaks!)!

Right now I'm in the midst of a bit of a juggling act, finishing the orders that have been coming in and shipping them off, and trying to make presents for everyone before Christmas day sneaks up on us and I realize that I still have far to much to do!  I'm aiming at making three presents for each person, so I know that I need to average at least one a day to keep from being utterly overwhelmed at the end.

With highs that have been in the 30s lately, keeping warm items are pretty popular in our home at the moment (today it's going to be downright balmy with a high of 47).  Patrick's first present is bunting for car seat.  It's lined with red minky and the fabric matches the car seat cover that I made him (I noticed that pretty much every baby in the super market has one)!  It should help keep him toasty during our first Michigan winter! 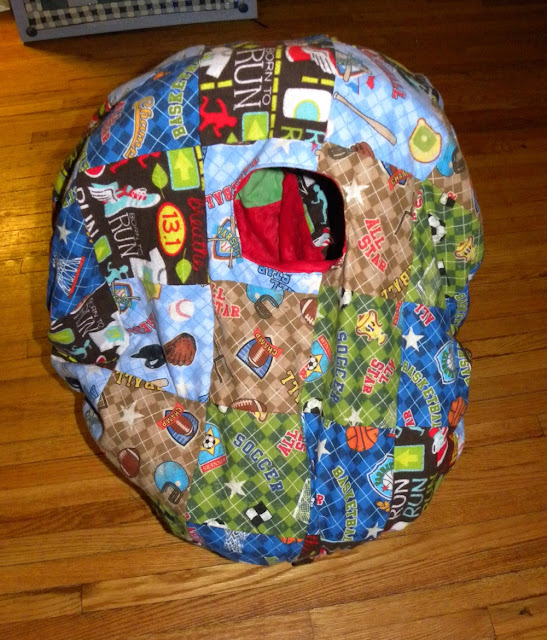 I'm also making thick cuddly blankets for each member of the house.  Sadie's is pictured here.  Mae's is going to be a Dora blanket.  Patrick's will be made with some robot  fabric I have.  And Paul's wil be a surprise since he reads the blog! 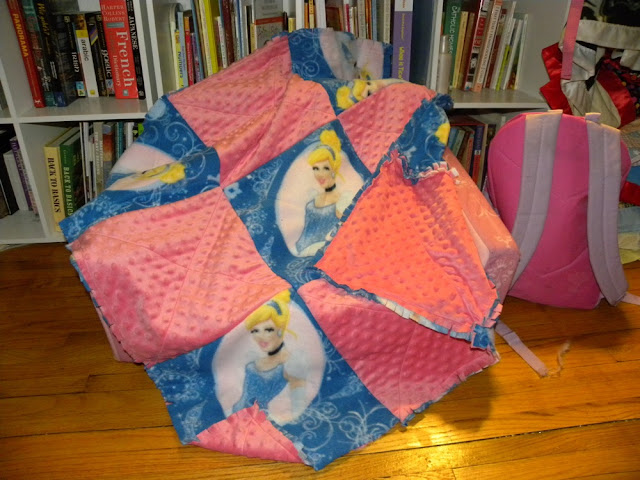 And here's the front side, which, with my faltering camera, came out blurry (it has the ruffled clipped seams):

Actually posting these pictures reminds me of another unexpected blessing that surprised us and helped make ends meet this month.

Last month we went to a Joann's grand opening sale (this was shortly before I realized what a tough month financially December was going to be...).  The store was mobbed.  I was buying minky, terry cloth and fleece for some upcoming projects I have planned for new items in my stores in the new year.  The sales were too good to pass up in terms of investing in my store, however, and soon Sadie and I were in line at the cutting table, with two carts full of fabric.  Well over an hour later we were still there.  Paul, finally brought Mae and Patrick in and tracked us down just as we made it to the counter... with Patrick furiously demanding milk.

The situation was stressful, but I was in a pretty good mood.  After all I'd known the lines would be long... it was a big sale (complete with radio station).  I grabbed the blanket that I'd asked Paul to bring if he brought Patrick in, and while standing and handing over fabric to be cut, I managed to position the blanket and Patrick and begin feeding him.

A while later we herded everyone up to the main counter to pay, and waited in another long line.  When I made it to the front a nicely dressed man appeared and gave the girls princess and fairy t-shirts.  He (and everyone we ran into) apologized profusely for the wait and then he began instructing our checker on discounting our fabrics.  As I stood and watched I felt my eyes grow bigger and bigger.  He discounted it far beyond the coupons and gave us over 60% off the entire purchase.  I was amazed (and relived because as he rang up the total I'd realized how overenthusiastic I'd been about the sale.  The man (who I'm guessing was the manager) double checked the amount and told us it was in fact correct.

I could hardly believe it as I stared at my receipt in the car.  So that fabric will be the start of my new line of items which I'll be announcing before too long (think "baby!"). 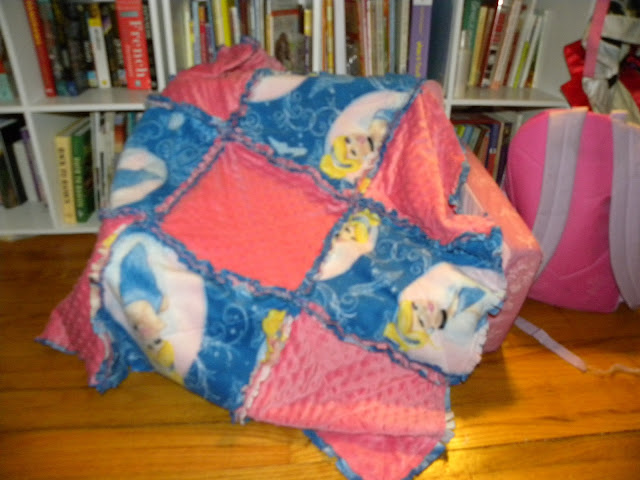 Lastly (for today) is the hippo I crocheted or a nephew.  Crocheting is always a risk since I can't read crochet patterns and just make things up as I go, but I love how he turned out!  He's actually much bigger than he looks! 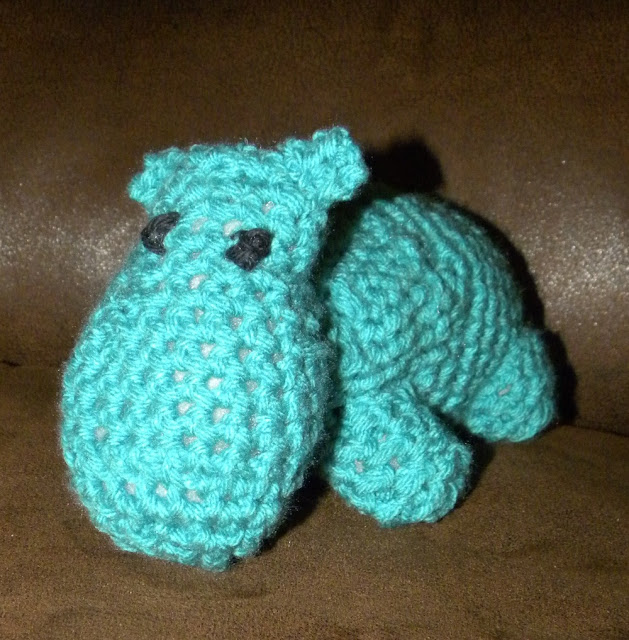 Now to get through this day!  Paul's last final and last paper are both due tomorrow so I'm on my own for one last, very long day!
Posted by Cammie Diane at 9:50 AM