Have I mentioned how much I hate the over use of the Body Mass Index, especially in children (but really pretty much for everybody)?  I do.  I really do.  I am constantly amazed at how it seems to take away all logical thought when it comes to the issue of weight from otherwise rational people.

Yesterday the girls had a doctor's appointment and I actually really like the office and the doctors .  There was one thing that had me resisting the urge to roll my eyes, however.  The doctor and I had to have a talk about Sadie's weight.  You see, her BMI, she said, puts her in danger of becoming overweight.

Now if she'd actually glanced at the child sitting in front of her she would have seen someone who looks like this: 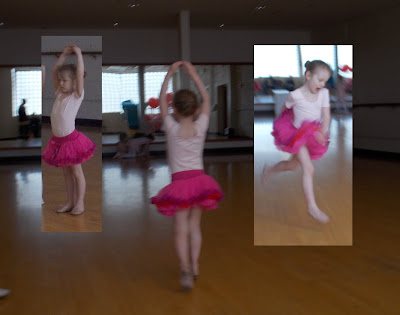 I'm not sure what the definition of "overweight" is these days, but I'm pretty sure she doesn't fall anywhere in that category or "in danger" of that category.

It meant that we had to have a talk however, about how I need her to "exercise" more and stop giving her "sugary junk foods."

And that was simply too much for me.  I shook my head:  "These kids run around constantly.  They run around all day long."  "But the sugary junk foods?"  She asked.  "No."  My tone was adamant.  "Our diet is pretty 'crazy.'  The baby has allergies and as a result we went on an elimination diet and cut out pretty much everything that wasn't healthy.  Our diet is incredibly healthy." I later clarified that we eat mostly meats and fruit and vegetables.  And grains and things like that rarely, since wheat seems to make Mae break out in rash and scream for hours on end.

It wasn't like our diet was "unhealthy" before anyways.  It just involved more casseroles and grains and dairy.  And I occasionally used canned soups to help make sauces instead of making 100% of our food from scratch like I have for the past four months.

I'll admit that as a result of these type of conversations (which I have every time my kids are measured by a medical professional because apparently no one can actually look at the kids and see that they're muscular and thin) I find myself rolling my eyes every time the first ladies fitness campaign comes on.

Having lived on a very fixed budget I can say that I don't think the nations health crisis is rooted in this idea that people don't know the difference between healthy food and unhealthy food.  I think the vast majority of people do know that chips and soda are junk foods and apples and oranges are healthy.  However healthy food isn't cheap.  Our food budget was always tight.  Now it's "let's find 21 different uses for those dried beans in the pantry!" tight for the last week of my meal plan (I'm actually getting better at spacing the bean meals out throughout the month now that I've realized what a price difference there is when you cut out grains as the primary source of calories).  It's a struggle for me to figure out (although I do like the challenge and I'll admit it feels good when I finally make it work), and I'm pretty much a compulsive planner when it comes to our shopping list.

It would be cheaper and easier to shop off the dollar menu at McDonald's.  And a lot of people don't have access to a car to drive across town to get to a shopping area with somewhat reasonably priced produce.  So I always sort of wince when I hear tirade after tirade that seemed aimed at how people don't know what healthy is.  I think most people know that an apple is healthier than a candy bar.  But it's way cheaper to fill up your cart and your stomach with those less healthy calories.

On a different note, I do worry about those kids like Sadie, who hear their doctor say they're "overweight" or "in danger of being overweight" every time they go in to the doctor's office.  If we don't want a nation of anorexic teenagers, we might want to look up from the BMI chart and evaluate whether the child is actually overweight at all, or if they're all knees and elbows and ribs, before we actually say they're overweight out loud.

Every time I have this conversation I can't help but think that common sense doesn't seem all that common anymore!
Posted by Cammie Diane at 7:37 AM