I thought that Patrick's little milestone deserved it's own post.

He's pretty proud of himself at the moment.

He can stand up... although I'm still working as a spotter: 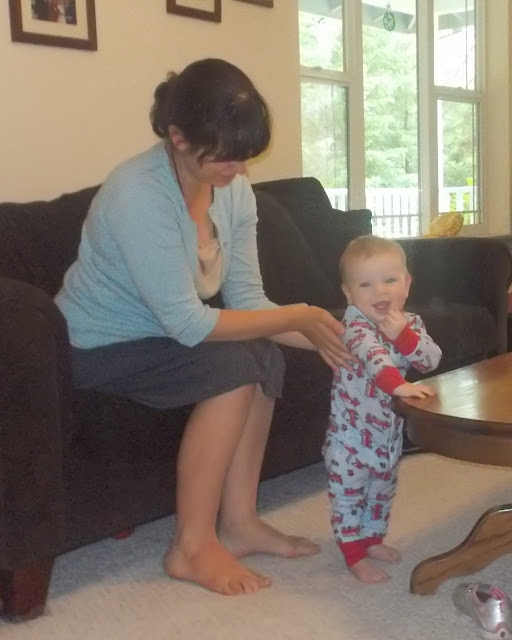 When his sister got closer he suddenly wanted a little more support.... He may have thought he was going to be knocked over... 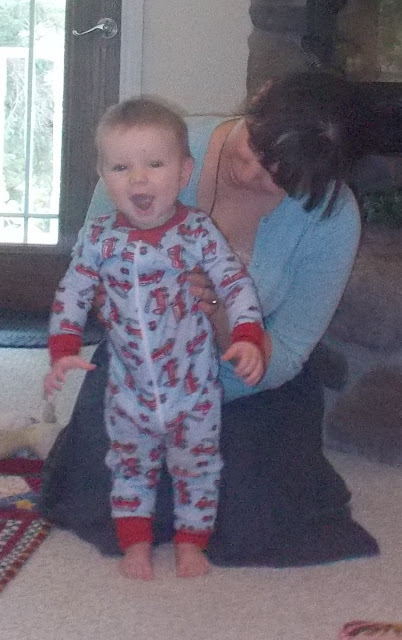 And now he's back to working on crawling.  He's been having quite the day today. Tooth #2 broke through (which was as much fun as it sounds like) and he's still convinced that bunny hopping his back legs together is the best way to move forward.  He has managed a single crawling step forward... but then he falls over and when he tries to get up he goes backwards about three steps. 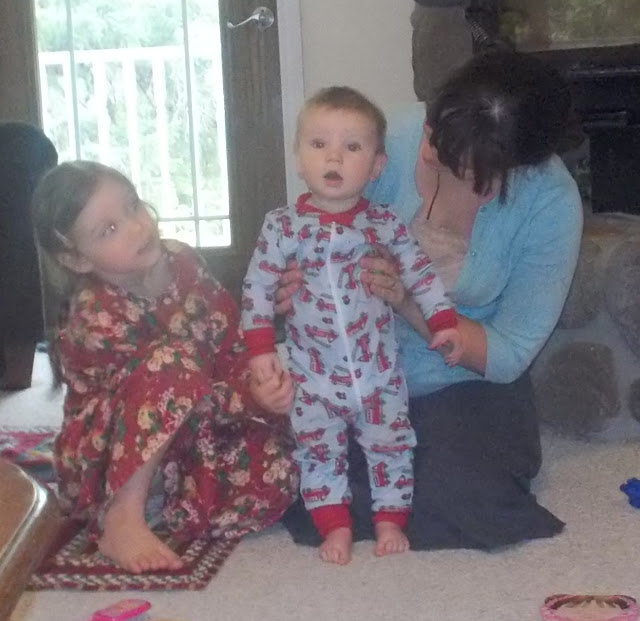 And all you have to do to get a super big smile is say: "Big Boy!" and he practically glows he's so proud of himself!
Posted by Cammie Diane at 6:00 PM