The Flight: An Airplane Ride with Our Terrible Trio

I'm not sure why I had visions of disaster whenever I thought of riding on a plane with my three little bundles of energy.  Maybe it was all those early morning national news shows where I've seen frazzled looking parents tell horror stories about planes returning to the gate to kick them to the curb because their child was crying and somehow I could picture that one of my three could be having the worst-day-ever and we'd be booted.

I mean we've spent fourteen hours a day in the car together without a tear.  Don't ask me how.  I have no idea.  They just seem to like driving.  Paul and I like driving, and it seems to have rubbed off on our offspring, who tend to giggle at things they see out the window and make comments like "Mommy, please don't make me ride a buffalo from North Dakota to Montana..." as we drive past bison in fields by the freeway.

I wasn't sure how things would go, however, as we navigated and airport and loaded into the crush of people on the plane.  I knew Sadie would be fine.  But Patrick and Mae?  Loose cannons.

It didn't help when we got to the gate and I had the distinct impression that the crowd had turned against us, merely because we'd showed up with little people in tow.  They were quiet at that point and people were already glaring.  We got nervous glances as we walked past gates.  You could practically hear people mentally chanting "Not our plane!  Don't sit down here!"  A few people were sympathetic as a stressed out Patrick started to fuss and then passed our before we loaded on the plane, but most seemed ready to suggest we find another mode of travel as unfriendly eyes followed Mae and Patrick's every move and keen ears waited for a sound to confirm their worst fears.  At least that's what I imagined when I looked up and saw multiple people glaring in our direction.

We loaded on the plane and strapped Mae into her seat.  And this happened: 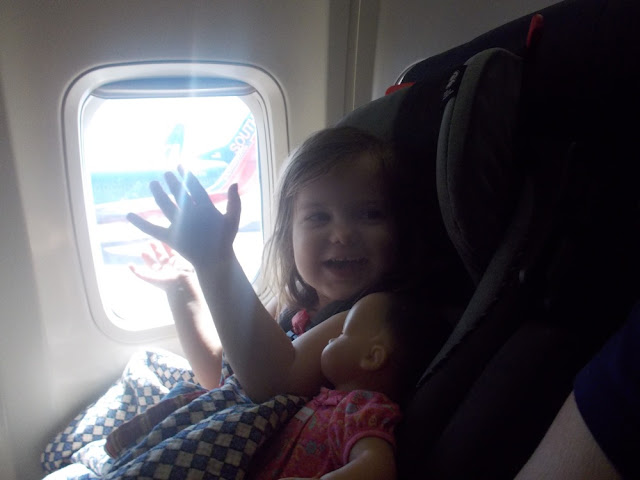 She snuggled down with her doll.  She repeatedly checked to make sure that her doll was covered with the blanket.  When Nani offered her a hand, just in case she got scared on takeoff, Mae pulled her little hand back and then offered it to her doll, because let's face it, her doll is the real baby. 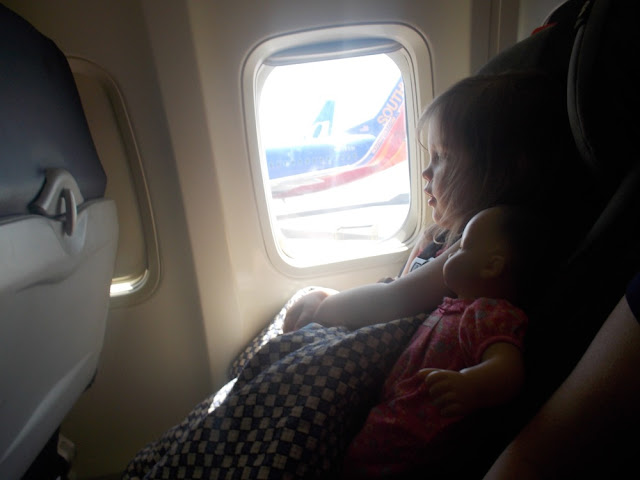 They even pulled out a Dora book and very seriously read together: 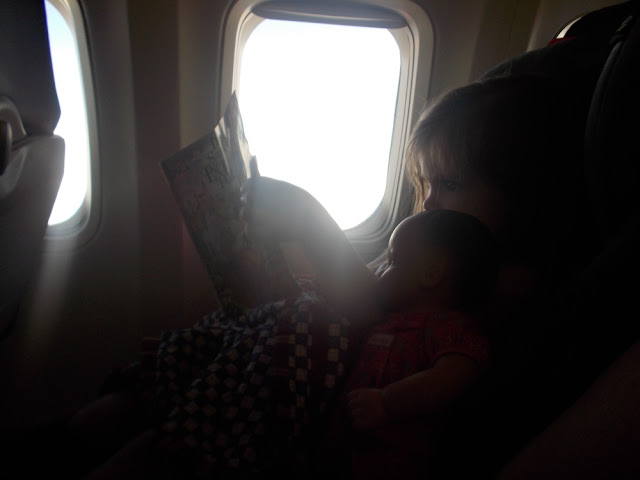 Once we were in the air Patrick even came over for a little visit with his sister... although she promptly fell asleep as he sat on her lap: 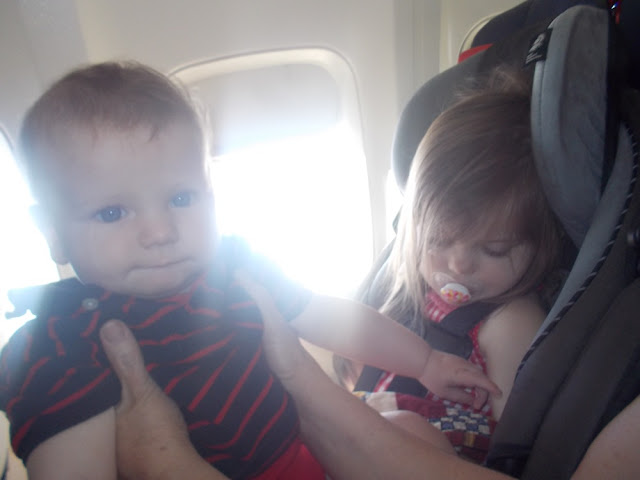 They even held hands for a bit.  Mae is very into holding hands with Patrick these days.  And giving him nose snuggles.  And kissing him.  She'd also really like to hold his little face between her hands and stare at it, which may be why he's a little afraid of her at times: 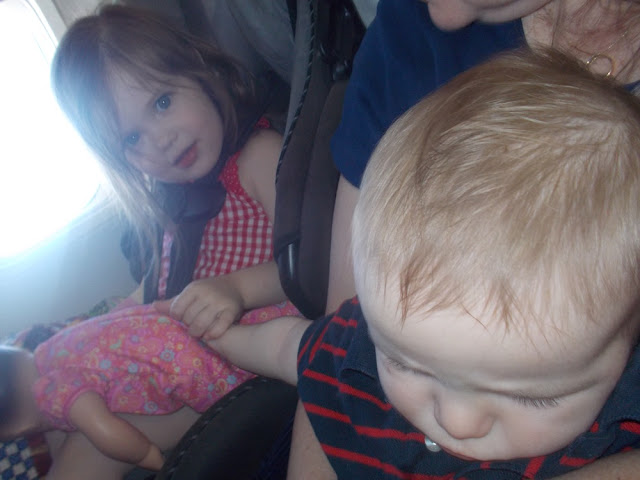 But not all the time: 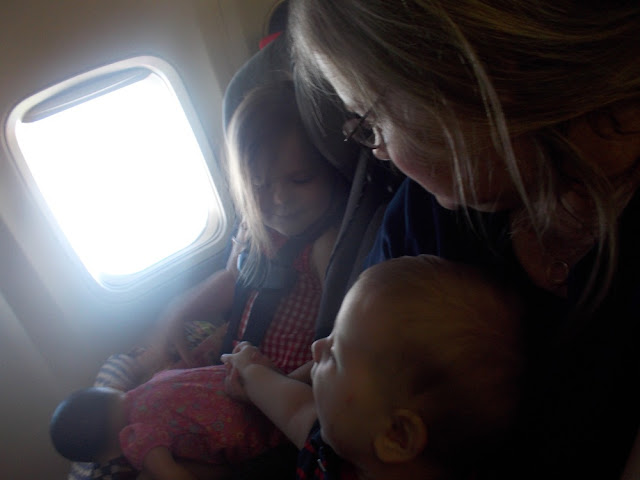 All in all, after over six hours in the air, there was about five minutes of Patrick crying.  He tugged at his ears as I tried to convince him to nurse, obviously not thrilled about how the change in altitude was making his ears feel.

And we had a time of keeping Mae from kicking the chair in front of her.  But once we landed Sadie was enthusiastic about helping move our belongings through the airport.  She was so fast I could hardly catch her on camera: 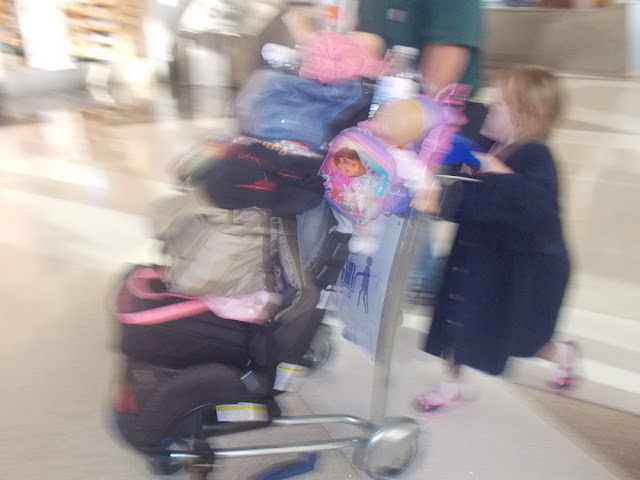 Now two weeks of relaxation before Paul arrives and we brave taking our trio back through the airports to Michigan.  And I have to say... I'm still a little nervous!
Posted by Cammie Diane at 11:12 AM