Meanwhile at the Grocery Store...

This morning I was lamenting not having any blog inspiration (okay, lamenting might not be the right word, since it was in my head, to myself).  I've been catching up on my sleep after weeks without it, playing with the babies, spending time with the family and sewing the last few orders that are still waiting to go out.

Now I know... I absolutely know... that I should never, ever complain about being bored.  Because then something un-boring is more or less guaranteed to happen.  And let's face it, in this house, as often as not, it involves some sort trip to the emergency room where we learn words like "hair tourniquet" or find out how many people it takes to hold down a preschooler to see if she actually bit all the way through her tongue.  But I digress.

There was, thankfully, no ER trip today. 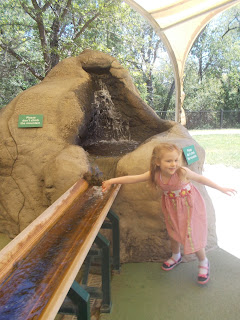 And several good things have happened.  Yes, I'll start with the good before I get to the crackpot scary...  I'm very excited to say that Paul just emailed me and said that a biohazard team is on it's way to our house to check out the damage from the sewer backing up, and while not really blog worthy, that made me seriously happy because it means that a) the sewer is fixed (it's been fixed for a while, but I am out of town) and b) I won't have to throw anything that touches the floor coming out of the dryer back into the washer.

In other news, the hospital called Paul again, and said the doctor's bill disaster would absolutely be taken care of.  They said that they had already called the doctor once and they would be calling him back again to make sure that he was dropping it, although at the moment I'm kind of in a place where I'll believe it when I see it, because we have heard that it's forgiven before and here we are facing a collections agency after not receiving a bill in a year and a half (the collections agency also received a super fun letter that allowed Paul to use some of his education up until this point while writing it, which I hope made them feel at least a tiny bit uncomfortable...).

Which brings me to the actual point of this post (in what? five paragraphs?) which was an incident that occurred when we were leaving the grocery store today.

Have you ever just felt like you're in the presence of evil?  I have in the past.  In my experience it's been an instinctual feeling, the involves a heavy leaden drop in the pit of my stomach, and a chill sweeping across the back of my neck, and the sudden inexplicable desire to get away from a person fast.

It hasn't happened often, I mean, it's been years... but today I encountered a man who definitely fit the bill.

My mom and I had just run into a friend in front of our small town grocery store when a car pulled up next to us.  At first I thought that he knew our friend and was saying hello.  Then I realized what was pouring out of his mouth.  It was a stream of filthy vicious hate filled language, which was directed, I guess, at me and the babies, since it included "scum bag blankety-blanking child molesters" towards the end of the rant... and let's face it the words "child molester" being used as an insult by the unbalanced are most often an insult directed at Catholics.

I looked down.  No crucifix.  I was wearing an ankle length skirt with short sleeves, no headcovering.  The girls were in sun dresses.  We looked pretty normal.  Patrick had been playing with my scapular while riding along in the carrier, so it might have been untucked in the back... but he would have had to have incredibly good eyes to spot that from a moving vehicle.  All in all I have no idea what set it off.

But I do know that it was definitely directed at us.  This chubby, middle aged man with a car covered in bumper stickers, pulled off to the side in the parking lot in this small town with under four thousand people, and went out of his way to pull up next to us to curse and swear, before driving away, out of the parking lot.

What a strange, strange world we live in.

I'm struggling mentally to pray for this obviously unwell man, which is a struggle since instinct #1 was to want to punch him in the face (it's that whole mama bear with cubs thing I guess...).  So if you have a moment, toss up a prayer for him... He most certainly needs it.
Posted by Cammie Diane at 5:26 PM