I was pretty sure that I was all ready for Theme Thursday today, which is to say, I hadn't yet looked at the topic, but I took about a thousand pictures this week and I figured one of them would fit whatever the topic happened to be.

And I considered using the picture from after I chopped my own hair off a few months ago... but then I decided that since I just "successfully" cut my bangs again, a second time (at least for this round/decade of "let's play beauty shop"), and I like the length better now than I did then, I might as well give it a try.

Of course I went over and checked out a bunch of the other pictures, which were all awesomely beautiful, and wondered why there were so many up, since it was before 7am and I'm almost always one of the first ones to arrive at the linkup party, before realizing that I'm in the Pacific time zone now, and it's not nearly as easy to be early.

Then I gave up stalling and used my computer to snap a few pictures.  Okay, let's be honest.  A lot of pictures.  I was still in my pajamas, but I opened the drawer by the side of the sink and saw a lipstick that was mine, from 2006, when I was a newly wed cheerleading coach, that apparently didn't make the move to Florida or Michigan and thought "Oh look!  A new lipstick!" (because when it comes to makeup "new" is apparently makeup purchased sometime in the two years before my first child was born... at least it is if I haven't seen in a good long while) and I decided to go bold with the bright red that I was hardly ever bold enough to wear, even when it really was new.

I thought it might detract from the Mae-was-up-last-night-from-1-am-until-4-am-and-Patrick-was-up-every-hour-nursing-because-he-doesn't-handle-change-or-new-teeth-very-well Bags that are under my eyes at the moment.  Then I went through:  Is one eye bigger than the other?  It looks bigger?  Is one determined to stay awake and the other is trying to go back to sleep?  Or is it that I just can't make them the same size when I smile?  Maybe if I tilt my head?  Maybe if I look up?  Maybe if I look down? And many other rounds of picture scrutinizing until I finally decided to call it a day and picked the ones that made me look less like a mom who's been up all night and more like a mom with kids who sometimes sleep for more than 60 minute stretches (I totally can't complain since they are all usually good sleepers at home).  Oh and I also decided to share some of the pictures from all the different looks I tried to look more awake, even if they weren't my favorites: 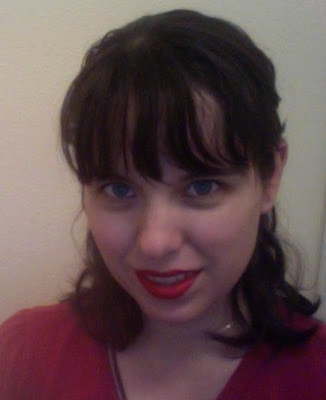 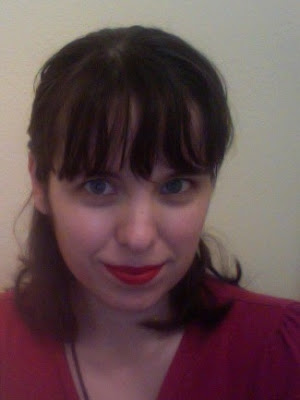 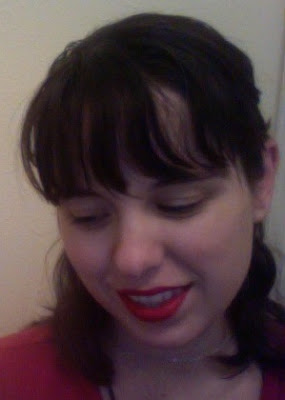 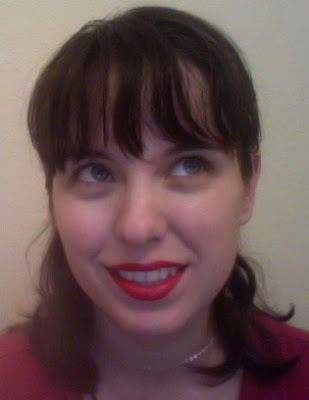 There.  I did it.  And since I've hardly taken pictures of my self in the recent past, since I'm almost always the one clicking away, that's what I look like up close now, not disguised by babies (and their baby-cuteness) hanging on me, like in the Sunday takes.

Now head over to Cari's if you'd like more oh-my-goodness-is-this-really-this-morning's-theme Theme Thursday takes!
Posted by Cammie Diane at 10:14 AM