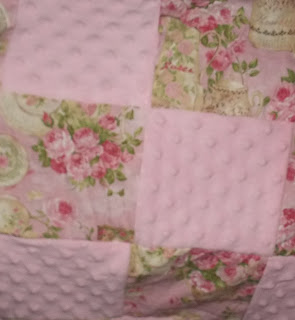 Five years of graduate school done.  One more to go.

I should be having a party this week, right?  Sleeping in and lounging around.  Because while law school is really intense for law students, who are at the library for incredibly long amounts of time throughout the year (it's not unusual for Paul to leave for school before 10 am and get home after 1 am), it can also seem pretty stressful having him gone that long when you're in the house with three small, rowdy people four and under.  I'm totally okay during the day... but on those days he's gone through bedtime till 1... those are the days that feel long, because someone is almost always crying while I'm getting everyone else ready for bed.

However, instead I'm really nervous about this week.  I have 20 more quilts to finish.  I have dresses to make.  I have a years worth of work to fit into this week.  I've been working pretty much every day for two months on the craft fair, but so much still remains to be done.  And it has to be a success.  It just has to be. 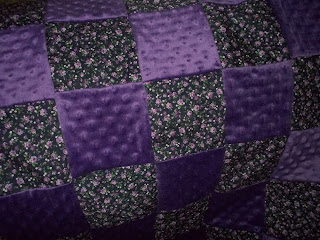 Paul has agreed to take the kids this week (which means, playing with them in the living room while I work in the kitchen and basement) but already things are popping up.  He needs to go to the accounting office at the school today.  There are doctors appointments tomorrow and the next day.  Life is not cooperating with my "everything be put on hold until the 18th" request.

This might mean that blogging may be a little spotty in the next week, although I imagine I probably will end up writing each morning here, because that's what I do, and maybe once I get a ton of stuff done today I won't be as panicked tomorrow.  That's the dream at least.

It really is a beautiful day, and I'm so glad to have Paul here (for a week) before his summer classes start (yuck).  Now to get to work!
Posted by Cammie Diane at 7:40 AM