This was our single long weekend before Paul's classes started today and he was back into the swing of law school (his last final was last Tuesday).  The weather went from the girls complaining it was hot, to an occasional snow flake and an incredibly cold (for May) wind.  Here they are at the start of our long weekend about to get into a fight over that umbrella...  Don't they look peaceful? 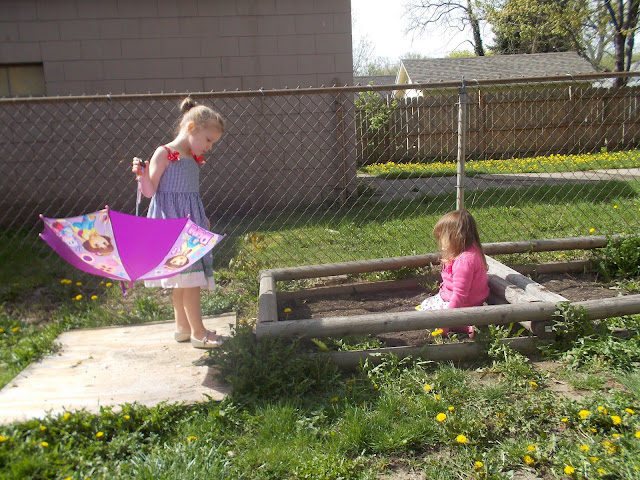 Then Mae realizes it's her umbrella... and because it has Dora on it, she wants it: 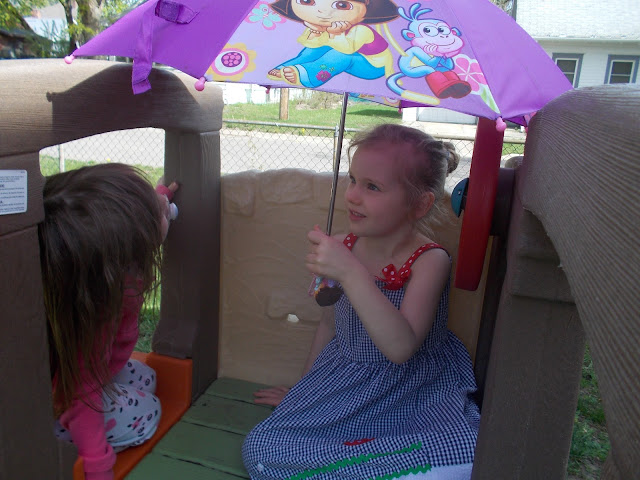 Shortly after this picture  Mama declares that no one gets the umbrella if it's going to be "that big of a deal." 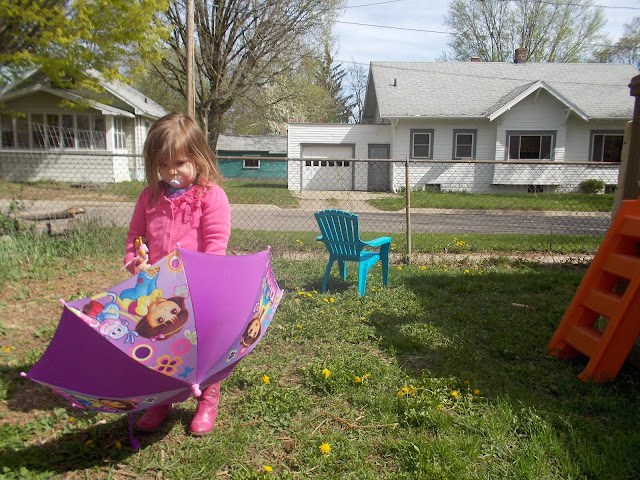 It's okay though.  Because there are better things.  Like wearing Mama's nightshirt with a princess crown: 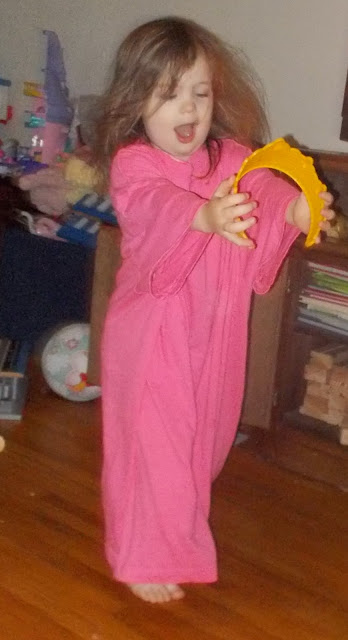 And enjoying our time with Daddy while he was home a bit more: 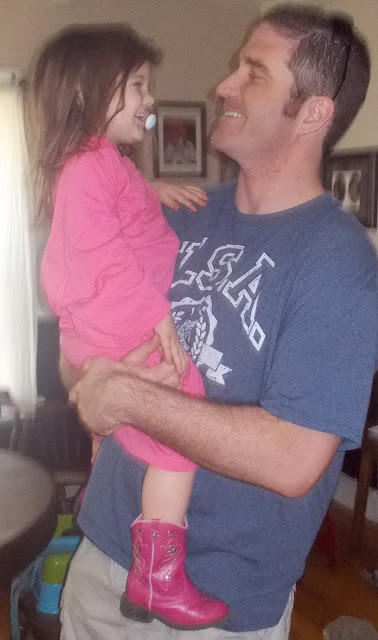 And slowing down long enough for Mommy to get one good non-blurry picture! 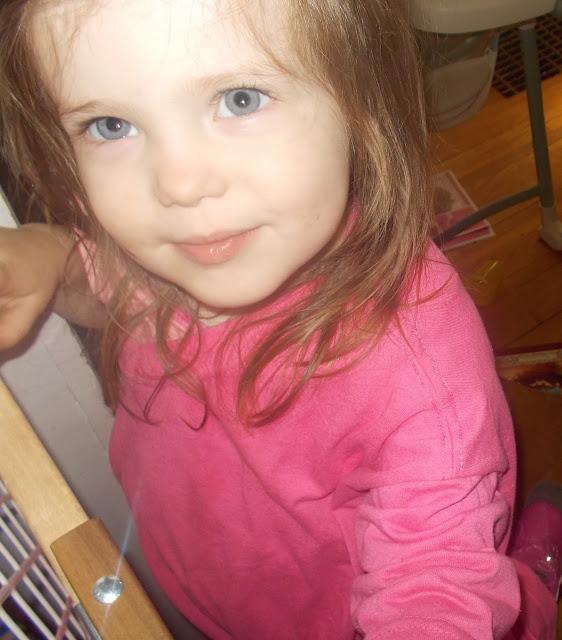 Patrick pretending to be a baby seal. 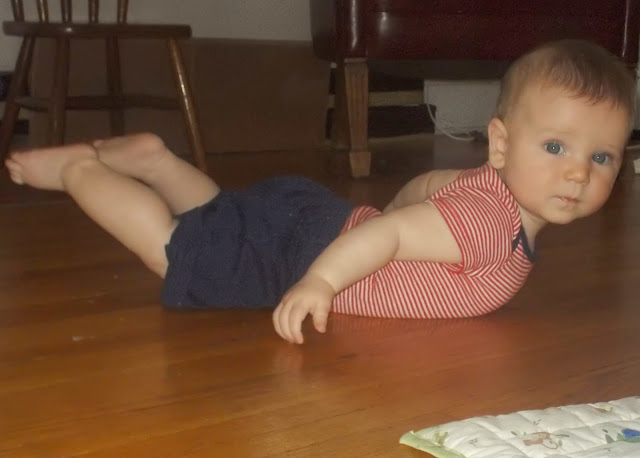 Have you ever wondered how many diapers you could fit on your head?

Mae has.  And she knows the answer... 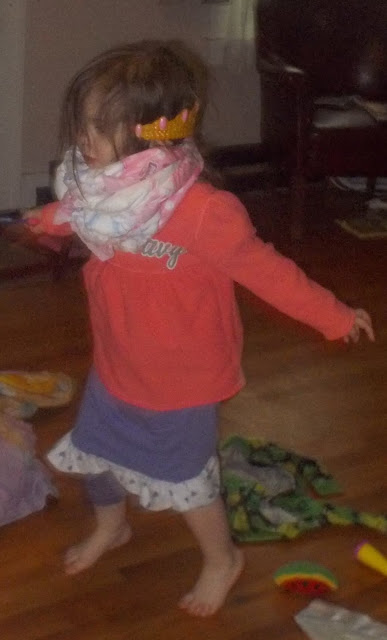 We walked to Mass on Sunday (and boy was the wind we were walking into much colder than I expected): 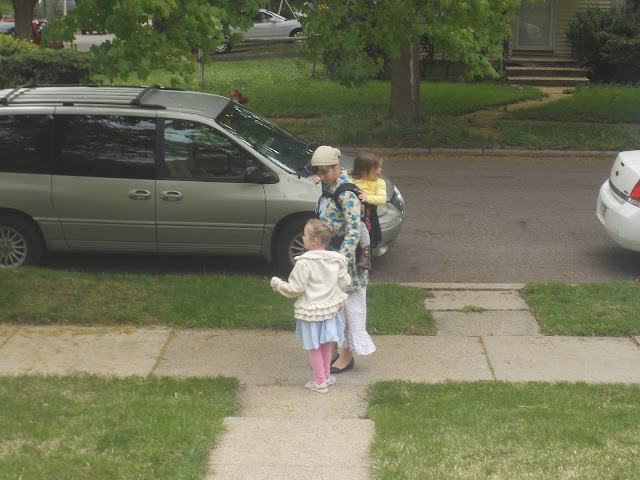 But mostly I sewed and sewed and sewed.  I'd estimate over 50 hours in Paul's five days off.  Then, at 11pm last night the sewing machine stopped sewing (and I had been cleaning it).  I took it completely apart this morning: 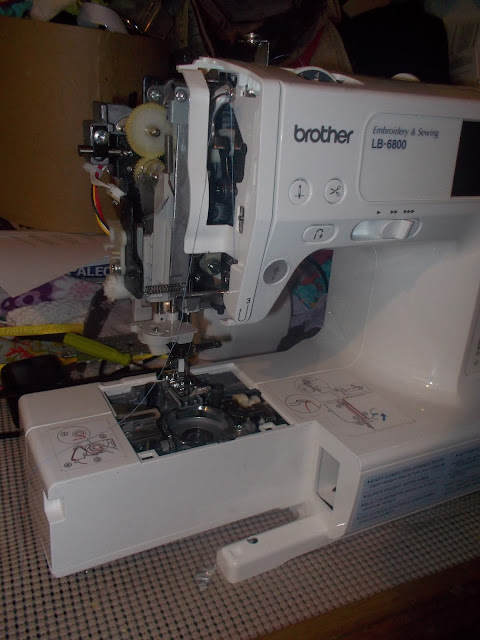 I cleaned.  I oiled.  I fiddled.  I tightened some things.  I loosened others and retightened them.  I took it apart and put it back together a couple dozen times.  I worked and worked and worked some more.  And then... finally... after two hours of fiddling... we were back in business: 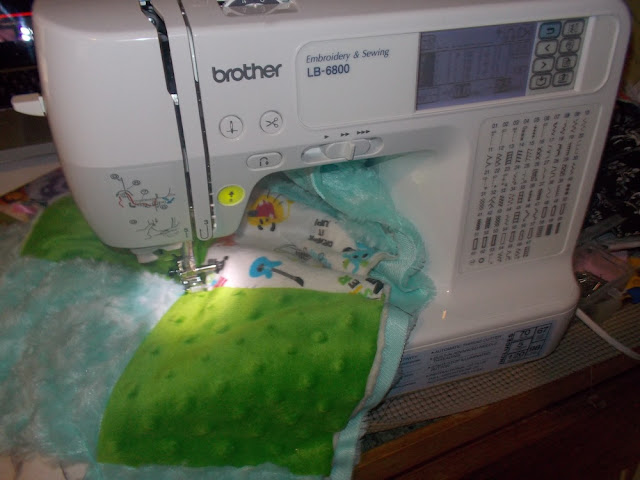 I now have 42 quilts quilted.  I should have 45 done barring any disasters.  Although my sewing machines middle name seems to be "disaster" so we'll see.

I'm linking up with Re-inventing Mother for her Week Ending link up party!  And you should go over and check out her pictures because I'm pretty sure she was sewing a Rapunzel dress for a princess this weekend!
Posted by Cammie Diane at 4:54 PM