Here's the cake that Sadie and I made today in honor of Saint Martin De Porres Feast day. The decorations aren't really significant, they just happened to be what I had in the cupboard. Sadie was pretty excited about the entire thing though (Maggie was less excited.. She believes that it's a grave injustice that she isn't allowed to eat anything other than milk... She actually tried to attack a piece of bread that Sadie was holding this afternoon... I guess it's tough being 18 lbs and subsisting entirely on milk...). 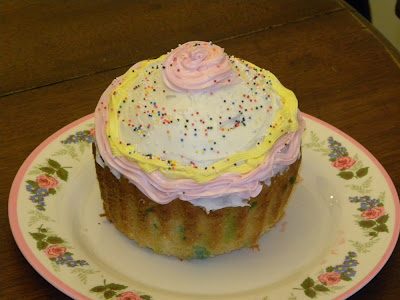 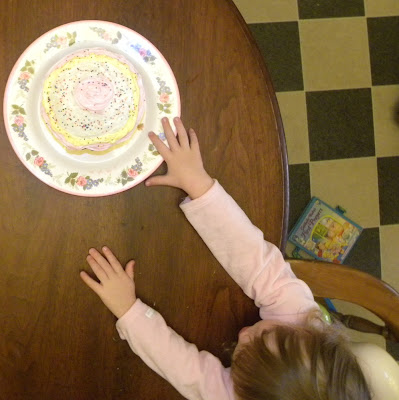 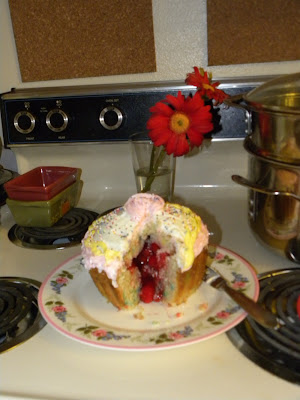 And I filled it with cherries! Sadie was excited. However the cherries weakened the structural integrity of the cake and when I brought it over to my parents' house this afternoon it didn't survive the drive down the bouncy dirt road very well...
Posted by Cammie Diane at 12:57 AM

Email ThisBlogThis!Share to TwitterShare to FacebookShare to Pinterest
Labels: Baking