I posted this afternoon on Facebook that the odds of Sadie sitting on Santa's lap were 20:1. She actually did much better than I expected. I did take a little video which I'll try to upload later. But for now here are the pictures.
First here's a quick flashback. Here is a picture of Sadie the first time we took her to see Santa: 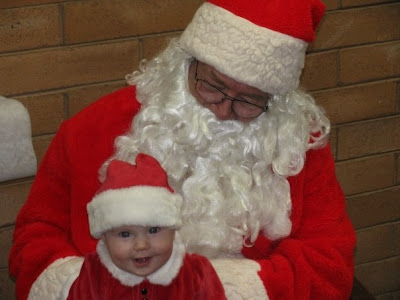 And then there was last year. I believe Santa may have been traumatized by the screaming: 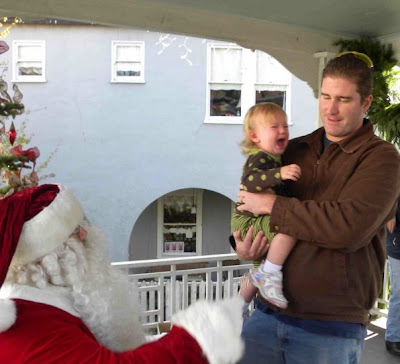 And the aftermath... She was barely consoled by holding the candy cane: 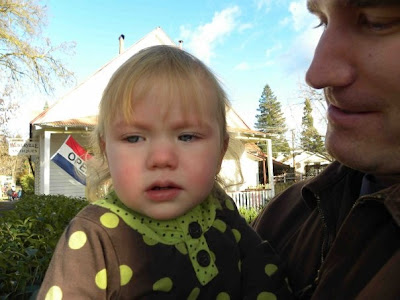 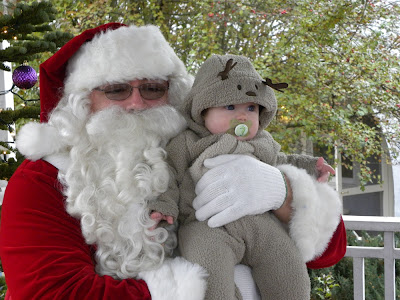 And then Sadie walked over and took a candy cane from Santa. Then she surprised all of us by blowing him kisses. 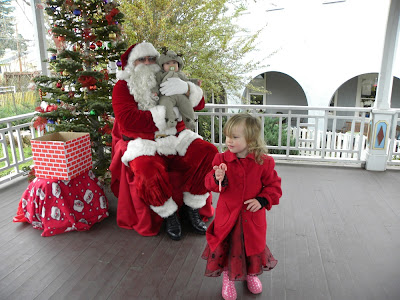 The next thing we knew she was having a nice little talk with him about Dora the Explorer (Nani has a couple of the DVDs) and she was shocked that he knew who Swipper and Boots were. 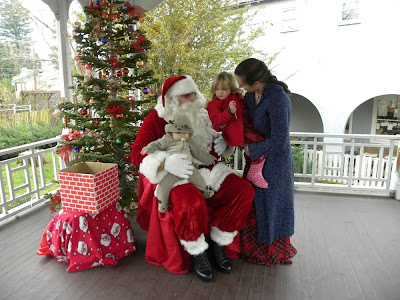 Maybe next year she'll sit on his lap! As for Maggie? Who knows!
Posted by Cammie Diane at 11:26 PM

Email ThisBlogThis!Share to TwitterShare to FacebookShare to Pinterest
Labels: Holidays