My Journey Towards the Church: The Eucharist

This is the third post in a series about how I came to be Catholic.  The first post can be read here.  The second post is here.  I'd also like to begin this post with a disclaimer:  The following explanation is how I came to understand Catholic teaching.  However, as you know if you've hung around here very much, I'm a mom and a wife, not a theologian.  I've done my best to sum up what I've learned, but remember, this blog doesn't come with an imprimatur! 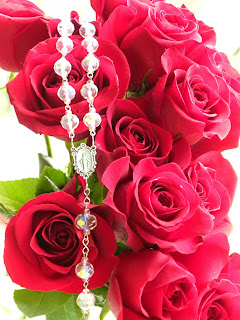 I don't remember reading John, Chapter 6 before I began learning about the Catholicism.  I mean, I'm sure that I must have.  My brain is brimming with Bible verses, to this day (for which I am extremely grateful and that gift is absolutely one I plan on passing on to my children, because I have learned that memorized verses can echo through the years and show up at just the right moment).  But I don't remember reading it.

You see, I grew up thinking that communion was something that was simply symbolic.  It was done about once a month and I thought it was pretty. The little cups of grape juice were passed around on a silver try with little cup holders set in it so they wouldn't spill... but it had next to nothing in common with the Catholic idea of receiving the Eucharist.

When I told a friend at work, who was a serious protestant, that I was going to convert when Paul and I got married his eyes widened and he said:  "No way Cammie, do you know what they believe?  They believe in transubstantiation!  Do you know what that is?"

I didn't.  But my mind was made up.  My husband and I would be attending the same church.

Later I remember a conversation in the car with Paul while we driving up the central valley, that went something like this: 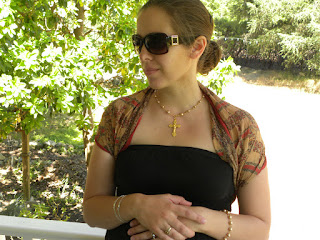 Me:  "Wait, so your saying I have to say that I believe that it actually becomes the body and blood of Christ to become Catholic?"
Paul:  "Yeah.  You also have to reject Satan.  Is that too tough for you?"

He said it in a not all together serious voice, that conveyed that he thought my question was unbelievably ridiculous.  I'd laughed and pushed the question to the back of my mind.  Yet still, it stands out, largely because at that point I didn't yet believe, but a major change in my thinking was coming, a dramatic life changing switch, some time between that conversation and my confirmation.  I didn't believe in transubstantiation at that moment.  I did when I was confirmed.

How on earth did that happen?

You see, I look back, and I can't pinpoint the exact moment.  How did it happen?  The question is genuine.  Grace, is the only answer that I can come up with.  Amazing, life changing grace. 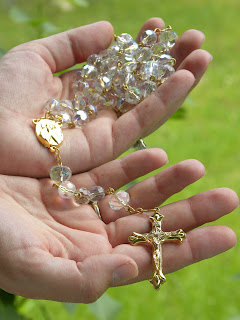 There was so much that I didn't believe, so much that I couldn't accept.  The idea of the Eucharist was so foreign... and the rest?  Well, I hadn't really started seeking answers to my questions yet.  I accepted the answers our culture had given me and repeated cop-out defenses like:  "Well I never would ___________, but I can't judge someone else's decision as right or wrong..."

Later I would read and learn and pour over explanations and find that every question I had was answered perfectly, that there was no reason for me to believe I had to exchange logic for faith. The two went hand in hand.  At the time, however, I began by asking for faith. And my prayer was answered over and above what I could have imagined.

I began to pray the rosary.  I prayed it daily.  As month after month passed my heart began to change.  It must have been gradual, because I didn't really notice what was going on until it had already happened.  And suddenly, not only did I believe, but I was giddy.  I went forward to receive the Eucharist that first time and it was as if all my thoughts were suspended and still.  I experienced a sort of glowing, soaring, humming rush of emotion that words can't even come close to describing (rather obviously, I'd say, after attempting to do just that in this sentence).

And while I don't remember an exact moment for this monumental change in the way I thought, I do know that the sixth chapter of John was a prominent part of why it happened.  I've read the words over and over again, these past years, and I can't believe I ever doubted what Jesus meant when he gave us the instructions to eat this bread and drink this cup.  Let's look at what he actually said (with some bolding and color for emphasis):

The Jews then disputed among themselves, saying, "How can this man give us his flesh to eat?"

So Jesus said to them, "Truly, truly, I say to you, unless you eat the flesh of the Son of man and drink his blood, you have no life in you; he who eats my flesh and drinks my blood has eternal life, and I will raise him up at the last day. For my flesh is food indeed, and my blood is drink indeed. He who eats my flesh and drinks my blood abides in me, and I in him. As the living Father sent me, and I live because of the Father, so he who eats me will live because of me. This is the bread which came down from heaven, not such as the fathers ate and died; he who eats this bread will live for ever. "This he said in the synagogue, as he taught at Caper'na-um. Many of his disciples, when they heard it, said, "This is a hard saying; who can listen to it?"

But Jesus, knowing in himself that his disciples murmured at it, said to them, "Do you take offense at this?  Then what if you were to see the Son of man ascending where he was before?  It is the spirit that gives life, the flesh is of no avail; the words that I have spoken to you are spirit and life.   But there are some of you that do not believe."

For Jesus knew from the first who those were that did not believe, and who it was that would betray him.  And he said, "This is why I told you that no one can come to me unless it is granted him by the Father." After this many of his disciples drew back and no longer went about with him.

Jesus said to the twelve, "Do you also wish to go away? "Simon Peter answered him, "Lord, to whom shall we go? You have the words of eternal life; and we have believed, and have come to know, that you are the Holy One of God."  John 6: 47-69 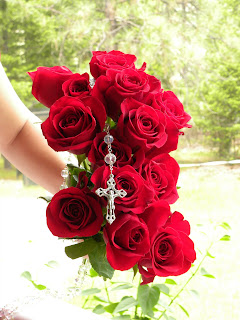 From a Biblical standpoint I believe that these verses should erase any doubt that Christians have in the real presence in the Eucharist if they're looking for answers in scripture.  It's right there.  If Jesus was speaking symbolically, disciples wouldn't have drawn back and left him.  It wouldn't have been a hard teaching.  If he'd said "here have some bread and wine in remembrance of me" no one would have bolted.

Yet this teaching was a deal breaker.  People who had followed him walked away.  It was a big deal.  It is a big deal.

And that is why I have a hard time understanding exactly what they're thinking, when people give the various reasons that are often given for leaving the Catholic Church.  When I've heard that they didn't like something about the people at the parish or the priest or the music, I've felt a sympathy in having experienced things that have annoyed and troubled me in the past, but at the same time I want to shout:  "But what about the Eucharist!  The real presence!  You walked away from the real presence of Christ, waiting for you there in the tabernacle, waiting forever just for you, because the music annoyed you?  Or because you thought the fellowship was better somewhere else?"

And it's not because it's a little symbol that you can find anywhere.

It's because Jesus left us with a promise and a Church through which we might receive that promise.  People are imperfect.  They make mistakes.  The Church stands, as it has through the ages, a light in dark times.

And the grace of this sacrament (and all the others!)?  I haven't even begun to touch on that and already I've written at least a days worth of ramblings...

For you see, almost immediately I realized that going to Mass wasn't some favor I was doing God...  It was the greatest gift that he had given me.  For the grace offered through the reception of the Eucharist is indescribable...

This series will be continued soon!  Part 4 is now up!
Posted by Cammie Diane at 11:47 AM

Email ThisBlogThis!Share to TwitterShare to FacebookShare to Pinterest
Labels: My Conversion, Why Do You Believe...