Here's a certain someone trying to figure out how to drink out of a bottle.  When the sippie cup didn't work I finally dug out a bottle to give it a try.  The bottle has not been a success.  At all.  Despite his valiant efforts to drink the coconut milk... 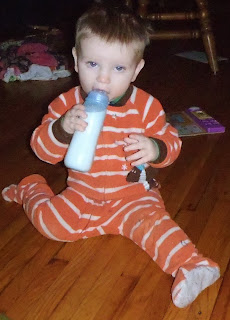 Sadie picked out the theme for Patrick's big day:  Pirates.

So Patrick put on his pirate shirt and was ready for his birthday: 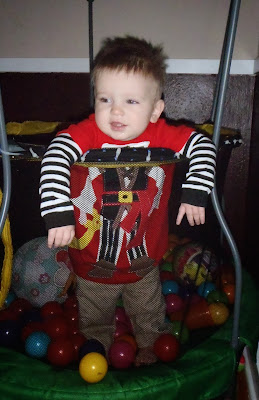 I just had a little decorating to do: 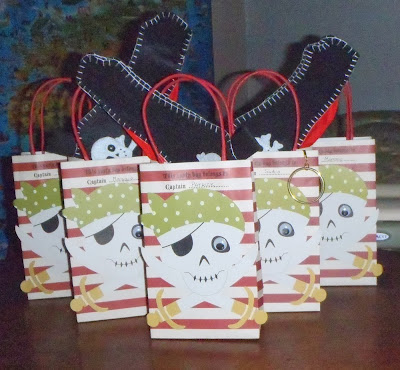 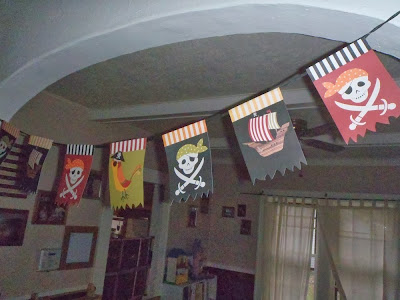 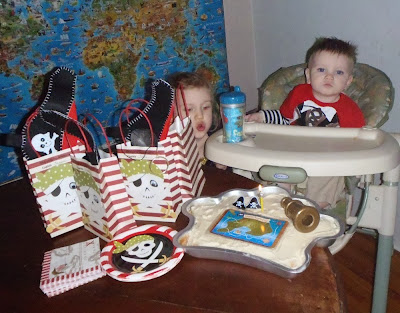 The cake was a success.  It involved zesting two lemons, squeezing them for juice, a whole bunch of eggs and a lot of coconut flour (along with a few other ingredients).  Here's the final result: 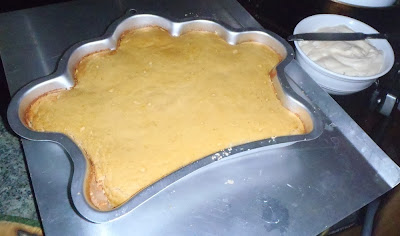 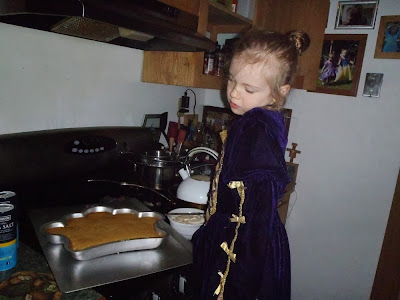 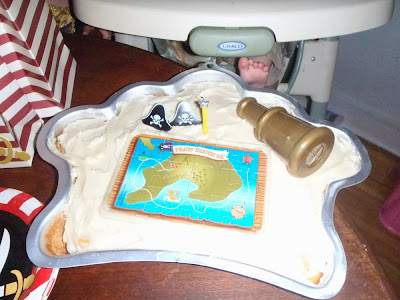 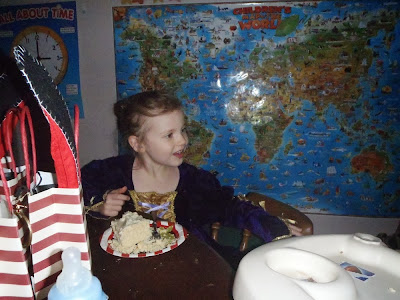 Patrick made out like a bandit in the present department today.  Paul and I had gotten him one present... but the presents he received from family members had him fighting to stay awake past bedtime tonight.

I was surprised when he was interested in opening them.  But that only lasted for about 5 seconds: 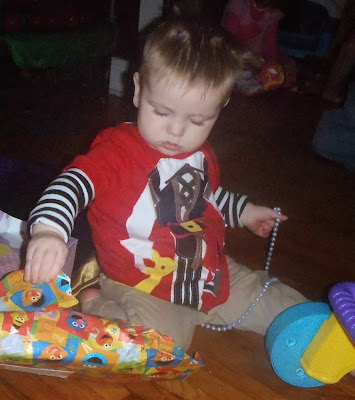 Fortunately he had help: 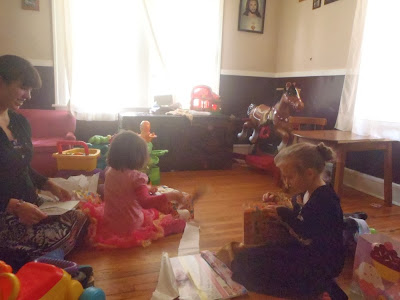 He did have fun once they'd done the hard work of opening the presents: 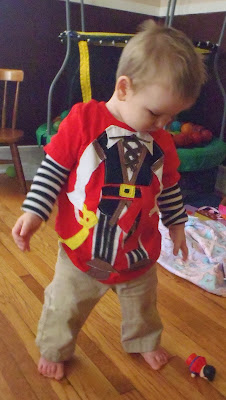 Then we had an early dinner.  Patrick, who had suddenly decided that food isn't all that bad, ate fish! 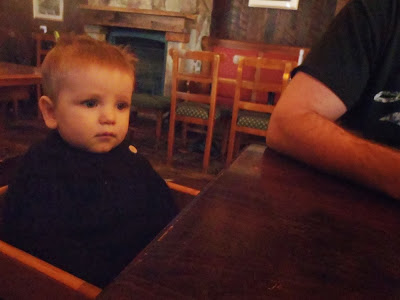 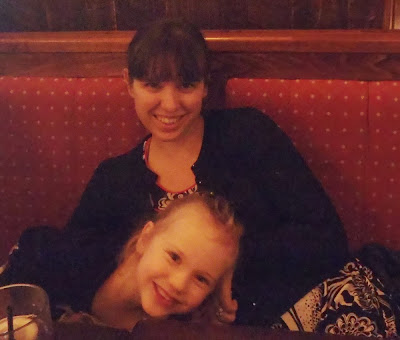 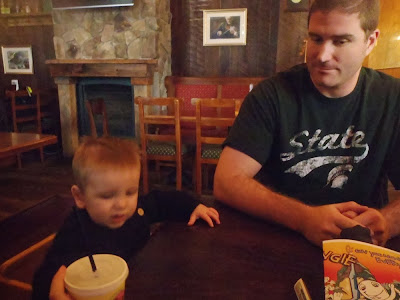 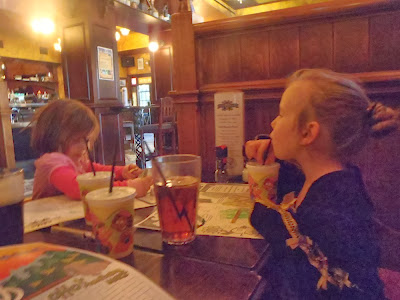 
Patrick said another new word today!  After mastering "Aggie" and using it for two days he called his biggest sister "Adie!" and used it several times today.  His least favorite word?  Mama.  He would much rather call me Dada while giggling hysterically.  He only says Mama when he's crying!