My Totally Controversial Thoughts About Thanksgiving and Shopping 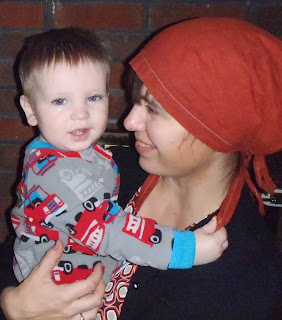 I have an admission to make and I've been a little hesitant to write about it even though I've been writing it out in my head for almost a month.  The thing is that I know that it's probably one of the least popular things I could possibly say at the moment based on what I've been seeing in social media since November trailed after October and we turned out attention from Halloween to Thanksgiving.

But it offers a fresh perspective from what I've seen out there so here we go.

I have seriously mixed feelings about stores staying open on Thanksgiving.

Okay, I'll put myself out there even more and say that over the past eight years, more often than not I've been down right thrilled that there are stores that stay open on holidays year round.

Now before anyone starts typing in caps in my combox about consumerism and a loss of values and how holidays used to be about things like families and how now all people care about is shopping, hear me out.  I'm not looking at this from the angle of getting up early to head out and stand in line in the freezing cold outside of some store because I want that heavily discounted big screen tv.

Paul has worked through most of the holidays since we've been married.

When we first got married he worked as a manager of a group home.  He'd work three twenty four hour shifts on and then three off and then two on and then two off about an hour and a half away from where we lived.  When he brought home the first schedule I was pretty devastated because he worked every single holiday.  But don't worry he said.  That means next year I won't have to work any holidays at all.

Except that didn't happen.  The next year the schedule got switched again and suddenly he was working every holiday for a second year at a job where he got $10 a night for still having to be on duty in a house full of juvenile's who'd been ordered by the courts into the program, even though he was still very definitely working.

By the time he left, I hated that job.  It was horrible and our car got vandalized over and over again.  To be honest, it was kind of scary.  And his boss couldn't have hated Catholics any more than he did if he'd dressed in a sheet and worn a pointy white hat (that a totally different story and maybe someday I'll convince Paul to tell it or let me tell it).

Then Paul began working retail while he was getting his masters in theology.

Can I tell you how much more I liked that job?  Sure he was still working graveyard shifts a lot of the time, but I wasn't nervous that some sixteen year old gang member was going to attack him.  We were poorer, much poorer, but I also felt safer. 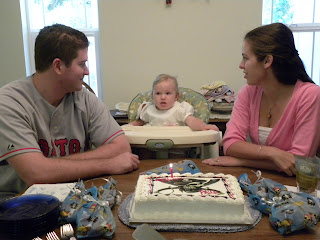 Paul worked every holiday shift that he could.  He'd get a generous amount of extra pay for any holiday he worked, whether it was the Fourth of July or Thanksgiving.  So he'd volunteer, along with many other workers who could see the upside of a much fatter paycheck in a season where little extras just won't stop popping up.  He was a non-union almost full time employee (whose hours would get cut for a bit whenever he got too close to being full time and getting benefits since that was how it worked), but we were thankful for a paycheck.  2008 wasn't a good time to be looking for a job and we'd learned to be thankful for what we had.

When the electricity and gas bill are about to jump up an extra hundred dollars because of the cost of heating a home, that extra money is more than welcome.  And it was only an eight hour shift.  We could still find a time in the day to celebrate.  We worked around his schedule and made the holidays special while being thankful that there was extra money to help pay to keep the house a little bit warmer.

The idea of wanting to work on the holidays wasn't new to me.  When I'd worked in a supermarket shortly before Paul and I met there was serious competition to work on holidays because of the extra pay (I can't remember if it was time and a half or double time, but it was enough that people were ready to volunteer).  I never even got to work a holiday, despite volunteering because I hadn't worked there long enough to have the seniority to get picked to work before I moved on to another job.

On Tuesday Paul asked me if I wanted him to see if he could pick up extra hours this week. He said that a lot of kids were home for the holiday and that work would be packed.  And so he went in and asked if they needed him and they said of course and he stood out in the freezing cold dealing with the people who were often belligerent and drunk for $5 an hour.  He got home at 4 am and fell asleep on the couch so that his footsteps on the creaky stairs wouldn't wake Patrick and Mae, who are only two willing to get up and celebrate a new day at 4 am. 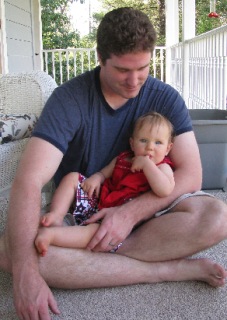 He went upstairs in the morning and then I woke him up again around lunch time to come down and spend the rest of the day with us so he'd be able to sleep that night, grateful for a husband who's willing to stand out in the cold all night long, even if it meant working the first four hours of a snow covered Thanksgiving.

Today I went to the fabric store.  One of the ways I've made my store work these past years is by stocking up on fabric during the ridiculous Black Friday sales.  Fabrics that are 75% off and 25% off your total order coupons?  I'm willing to stand in line to cut my bottom line by more than half.  I knew that I'd be coming home to sew and sew and pray that what I'm sewing sells.

The lady cutting my fabric was furious.  I asked her if it had been busy when they opened and she ranted about having to come in early and how angry she was to be there the day after Thanksgiving and how she couldn't imagine going into stores on that day to shop.  I nodded and tried to sympathize.

But it was hard.  Because I knew that I'd be coming home and putting on three layers tonight and that I'd still be shivering.  I knew that even with the ridiculous gas prices and three layers of clothes on and the thermostat turned up as high as I dare, our house would still be cold.  I knew I'd be sewing and getting up to get a blanket and put it across my lap, praying, praying, praying that someone would like something that I post enough to choose it over the cheaper made-in-China version.  I knew I'd be thinking about that week when I spent 100 hours standing in the kitchen sewing while watching the kids through the baby gate, only to go to a craft fair and not sell a single quilt. I knew I'd be hoping that this week wouldn't be like that week (I always stress about sales during this particular weekend even though I know most people wait until Cyber Monday to do their online shopping). 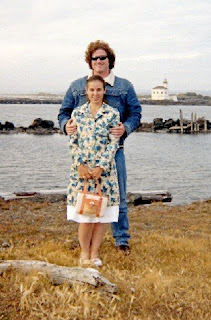 And after the struggle of the last five years, after the year Sadie was born when we waited to hear back on so many applications I sometimes just wish that people would remember that for many people bringing home a paycheck, even an utterly unspectacular paycheck, is still pretty special.

I don't shop on Thanksgiving.  But I don't find myself angry that other people do and I don't feel that I'm somehow better than them because I spend my Thursday in the kitchen cooking.  Different families bond in different ways and I imagine that some groups that might have felt the strain of spending a day together watching football might enjoy being out and about together searching for deals a bit more than feeling claustrophobic in some living room somewhere.

Perhaps in some ways that's what bothers me the most.  There's a morally superior tone that seems to ring through many of the articles that I've read that makes me feel like we sometimes feel better about ourselves when we talk about those materialistic people who go shopping on these big shopping days.

But I'm pretty sure that I can find my own opportunities to be a big fat sinner while losing my temper snapping at Paul as we scramble to get everything on the table before a certain three year old captures the pumpkin pie.  I'm just not convinced that staying in and celebrating the way that I'm more inclined to celebrate is something I should be patting myself on the back over.

I feel bad for people who are forced to work on holidays and be away from their families, but I also have a special place in my heart for those families who, like us, are thankful when there are extra hours to be had.

Now I'm going to go upstairs and do the second half of my work on Black Friday.  And who knows, maybe the heat that went into writing this post will help keep me a little bit warmer for an hour or two!
Posted by Cammie Diane at 9:47 PM