Lately I've been drawing lavender epsom salt baths for Maggie and after fighting about taking her first one she seems to have decided that it's actually pretty wonderful, which makes this mom of a kid who hates taking baths very happy.  She happily would lift her little feet out of the water and I would say "look at the little mermaid fins" and she would smile and giggle.

Someone else was far less happy about the whole thing though.  Patrick sat downstairs at the bottom of the staircase and yelled "Aggie!  Aggie!  Aggie!  Aggie" up the stairs for a long, long time.  When we came back downstairs he crawled around the room grumbling her name, still cranky that he'd lost time playing with his littlest big sister.

It's tough being almost one.

Last night, as I watched Maggie prance around the room in her Little Mermaid pajamas, I had an idea. 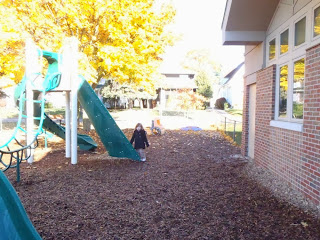 "Little Mermaid!"  I gave it one last shot and she quickly stopped what she was doing and swung around, a huge smile lighting up her face.

She fell asleep her arms wrapped around the Ariel doll she picked out with her Christmas money.

Today she starts her first full week of therapy.  There will be a therapist and intern here Monday through Saturday from 9 to 12.  Now I just hope that Maggie loves it as much today as she did during her session last week!
Posted by Cammie Diane at 7:02 AM