A Fourth Day of Adventures with Our Wise Men

Yesterday morning when I came downstairs after getting dressed I discovered this: 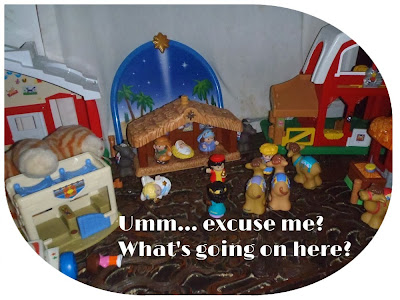 You see I just couldn't help myself.  We have two nativities and I left one out for the kids to play with, while the one on the altar is eagerly awaiting the arrival of the rest of the nativity set (and especially the baby king).  The main reason I put it out is because I kept thinking of a particular Christmas and the fact that my kids would be pretty thrilled to have the nativity set out year round, so that they can do things like this:

But when Sadie came down she just couldn't help herself.  The wise men were looking for the baby Jesus and she just had to give them a hand.

Which brings me to this morning.

The kids woke up to find this:

Maggie had already found the shepherd and he and his sheep were busy running around the living room: 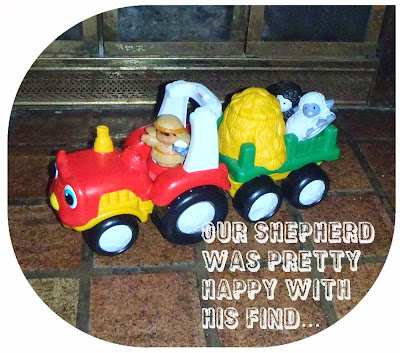 But the wise men?  They were apparently quite hidden.  We had to play a game of "warmer/colder" before Sadie finally discovered what they'd gotten up to last night after another day of searching for the baby king: 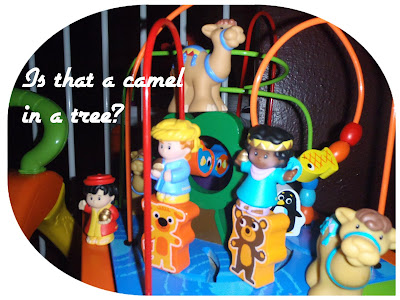 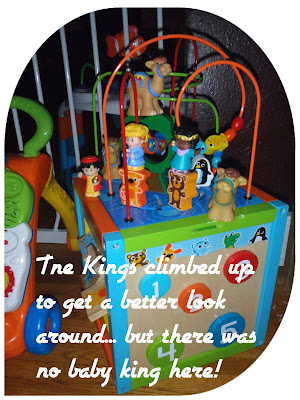 Here are the first of Sadie's ornaments for advent: 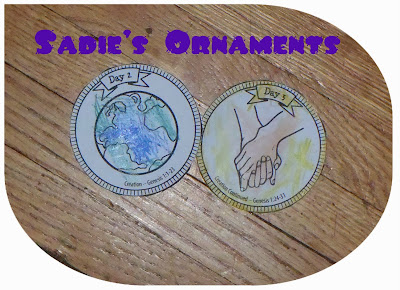 And after bedtime I realized that of all the things we'd done during the day we'd forgotten to bring out my newest ornament, so today there were two. 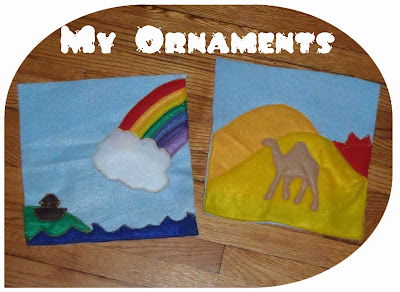 The wise men had also arrived with the days worksheets, which I have a feeling that Sadie is going to be pretty excited about: 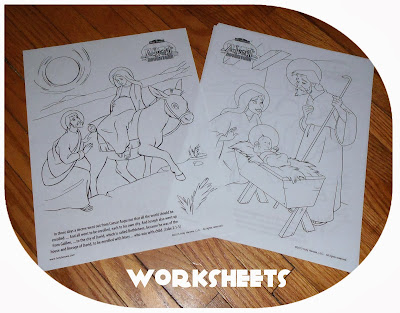 I have to say, I can't recommend the whole "hay for baby Jesus' manger" activity enough (that is to say, I love it!).  Yesterday Sadie insisted she help me do laundry, help me clean the house and she made my bed (perfectly!  I didn't even know she could make a bed!) when I told her she could go play in my room while I was giving Patch a bath.  This was all done in the name of making sure the manger was soft enough for the not-yet-here baby Jesus doll.  This morning she even gave her little sister her seat on the couch (which is pretty earth shaking if you've ever seen the competition for prime {prime meaning closer to Patrick} couch seats in this house).  I love that she is so excited about performing loving actions as little offerings she makes for God!

Does it feel like Advent is flying by to anyone else?  Maybe it's because it's finals here too, but I feel like we're just barreling along towards Christmas!
Posted by Cammie Diane at 9:47 AM