Watching Sadie and Maggie cuddling tonight has me smiling after a long day.  The world didn't end, everyone was finally fed and happy and in bed and although I was exhausted when Patrick just wouldn't go to sleep, I now find myself wide away and looking at the pictures I snapped today.

Before last night I really didn't know what "freezing rain" was.  Growing up in the mountains of Northern California I don't remember ever seeing it.  If it was freezing outside it snowed (and sometimes when it was a little warmer than freezing it snowed!) and so this whole, rain banging against the roof while icicles form on the power lines was totally new to me.

I was more than a little nervous last night, because I knew that Paul would be standing outside carding people and the rain was just so loud on our roof.  But he made it home safe and sound and was there to wake up with all of us when I began stumbling around the house trying to figure out why all the lights had burnt out at the same time and why it was so cold (yup... it took me about a minute before I realized what was going on).
Now that the girls are curled up together with Mae's little hand reaching out to hold on to her sister and Boomer is finally settled into his crib and I'm still rather amazed as I look through the pictures I snapped as we ventured outside this morning.

The storm brought quite a bit of destruction with it.  Many lines were down as we drove around town and many trees were broken.  Nearly every street we drove down had damage and streets were blocked off.  When we drove home we had to back track for both trees and lines that were down (with Sadie being the little pessimist in the back and announcing that "there will probably be another tree THIS way too...").

So here are my pictures from our ice filled day.  And if the weather reports are right we have a cold week ahead of us.  I hope the power comes back on soon! 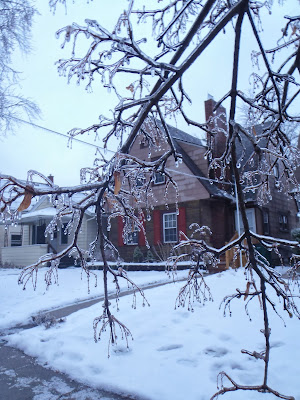 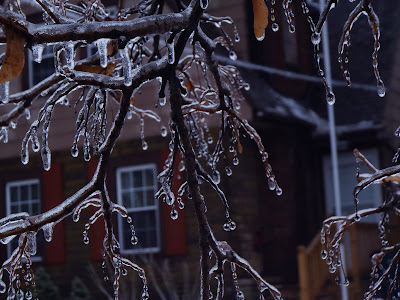 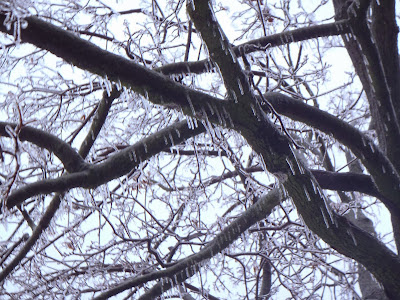 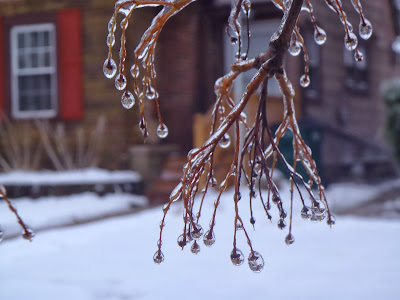 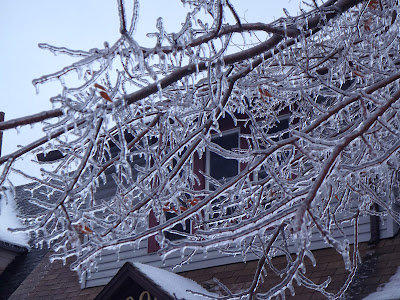 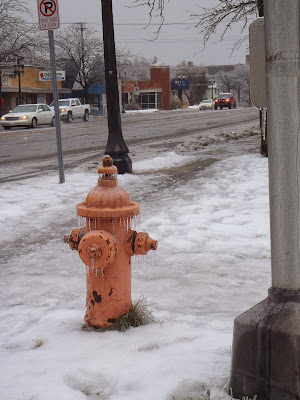 Email ThisBlogThis!Share to TwitterShare to FacebookShare to Pinterest
Labels: Michigan