This morning started with a note.

By the time we read it Patrick had already found the shepherds (and scattered their flock of sheep across the room... I'll have to send out a search party tonight), but Sadie listened with eager anticipation, squealing and running across the room to show me where the wise men had spent the night and pointing up to the window ledge to show Mary and Joseph's progress around the play room. 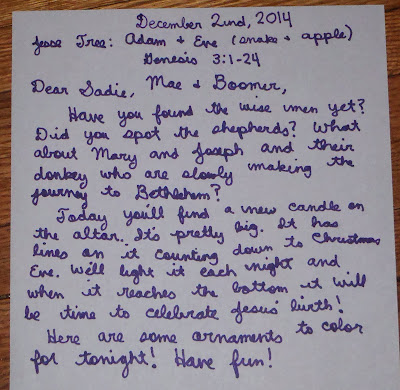 The shepherds had ended up in a perilous spot in more than one way.  Not only were they balanced high above the ground, they were right at toddler eye level: 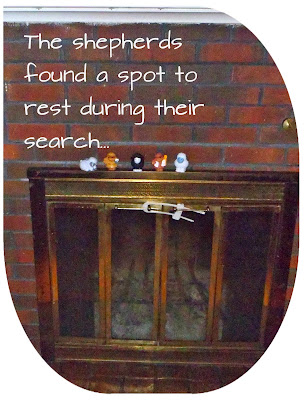 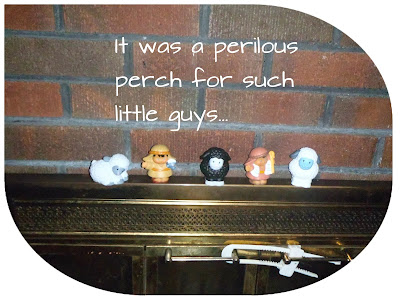 The Kings on the other hand, found a much nicer spot to stop in their search.  And while the house was in reach of both Patch and Mae, neither of them spotted the Kings before we read the letter (although I should note that yesterday during family prayer time a certain someone climbed up and kidnapped the red camel and that two of the camels were later found in two beds in the inn in the other nativity set). 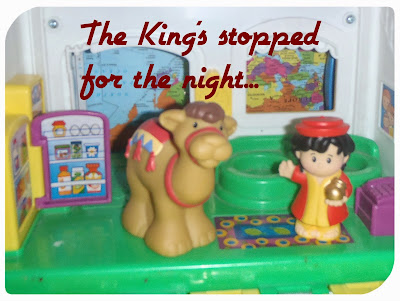 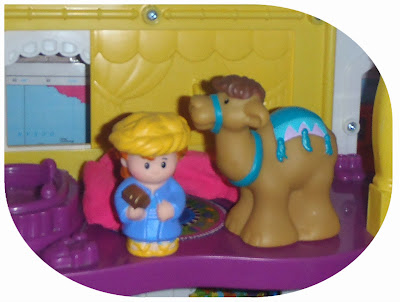 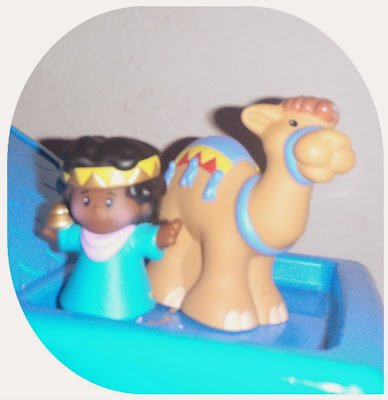 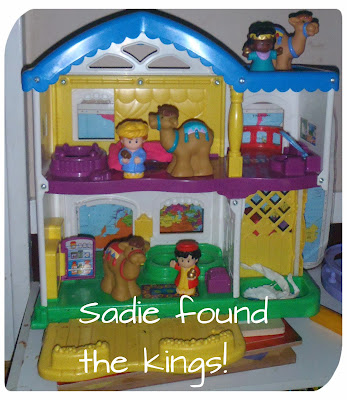 Sadie was also quick to spot the newest addition to the altar.  An Advent count down candle. 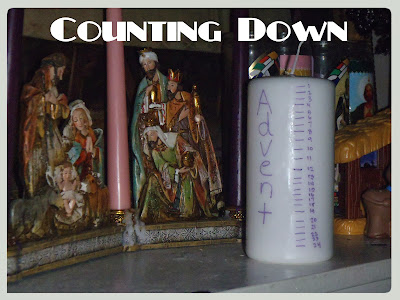 Here's a word to anyone thinking about an advent count down candle.  Before purchasing a candle, make sure it's not the kind of candle that burns clean down in a neat little hole through the center of the candle while the edges stand untouched.  Yeah.  That's what the candle above is doing.  So I'm now making a big deal about how it'll be Christmas when the flame reaches the bottom of the middle of candle.  If it can get down that far without being put out by it's own wax!

Tomorrow I'm planning on throwing in the whole "adding hay to the manger" activity (strips of felt I'm going o cut up).   Each good deed will result in one piece of "hay" being put in the "manger" to make a comfy bed for baby Jesus.  And hopefully I'll get that done slightly earlier than I got last night's project finished!
Posted by Cammie Diane at 2:03 PM