The Wise Men, The Shepherd and some Sacrifice Beads

The 5th day of Advent has arrived and I'm taking advantage of Sadie's obsession with sacrifice beads to have the Kings bring some along so that we can make a strand as an art project today.  I found some sparkly "cats eye" beads that I had in my bag-o-rosary-supplies that ought to work nicely.  Here's the letter from last night: 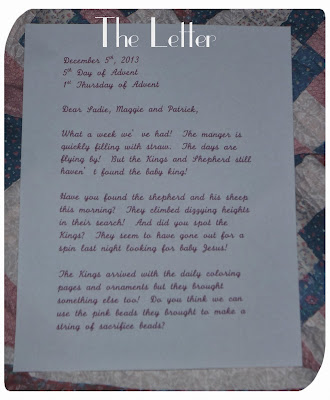 The little shepherd display that I made was in tribute to something Maggie did yesterday that made me very, very happy.  I cannot recall ever having seen Maggie stack blocks.  They tried to get her to do it in cognitive testing but she wanted nothing to do with them in any way other than knocking them over. Sadie used to build with them all the time, and they tried to get her to stack or nest items in some of the various other tests and she would just repeatedly smash the blocks down.

Yesterday I glanced over and saw her sitting with a pile of five blocks and she was stacking them over and over again.  My heart leapt.  It's actually one of the next steps in development after holding toys in the hand and exploring them with the mouth, so it's a pretty big deal.  I was so excited that I was actually shaking.  And then, to add to the perfect-ness of the moment, Patrick reached over and handed Maggie a block and she took it and kept building.

And so, this morning this is how the shepherds were arranged: 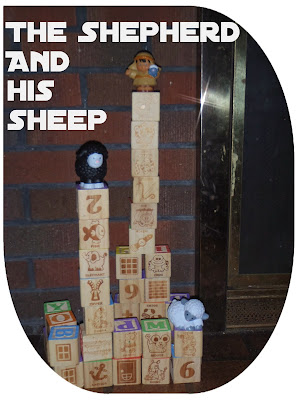 The Kings still haven't found their way to Bethlehem, and were discovered taking a joy ride on a certain one year old's push bike: 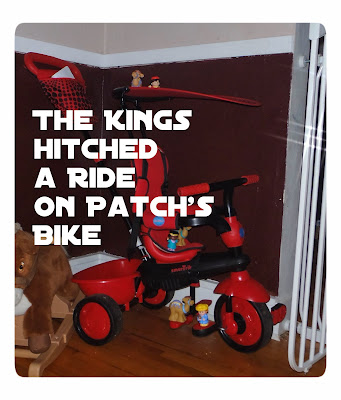 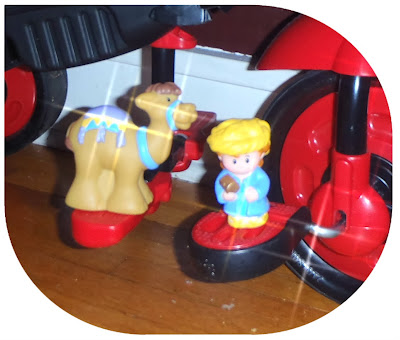 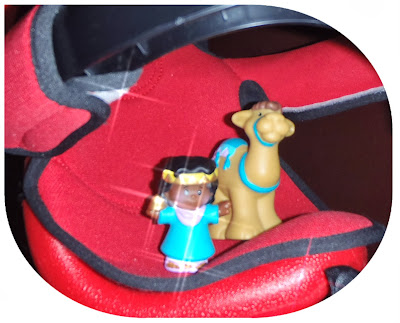 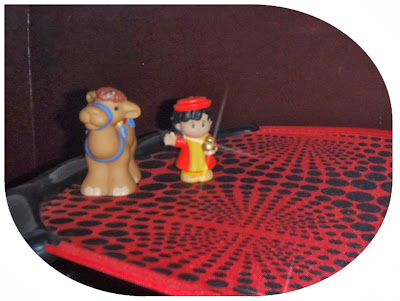 And here are the beads for today's project.  I have a feeling after all the talk of sacrifice beads yesterday on Holy Heroes that Sadie is going to be thrilled (maybe because she was begging me to make her another set last night since hers (mine that she swiped) got snapped some time ago. 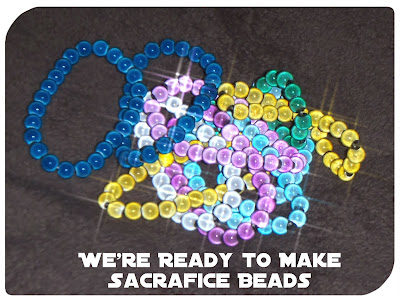 Happy first Thursday of Advent!
Posted by Cammie Diane at 9:11 AM