Bongo Drums, Mae and the 7th Day of Advent

Can you believe that the first week of Advent is already drawing to a close?

Now that Sadie is old enough to have fun with the activities I'm coming up with Advent is quickly becoming my very favorite time of year.  And even Mae and Patrick are wide eyed when we do our daily routine of prayers and candles and readings.

Today's note (which I didn't snap a picture of and then decided it's probably easier for everyone to read if I just copy and paste it anyways!) follows:

The first week of Advent is coming to an end and the 3 Kings are continuing their search!  Tonight they came across a strange form of transportation they’d never seen before!  But they still didn’t catch a glimpse of the baby King!

And while one of our shepherds still seems to be missing a little drummer boy appeared.  I think he might have heard all the wonderful music that the three of you were making with the bongo drums last night and he wanted to join in!

Have fun making ornaments and coloring!  I can’t wait to see what our brave little search parties come up with next in their search for the little baby King! 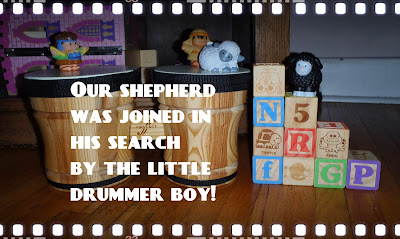 Yesterday during therapy Maggie began using the new container of diaper wipes as a drum and she absolutely loved drumming on it.  She came over and wanted me to drum with her and was thrilled to get everyone involved.  She wanted to dance to the drumming and then would run back and drum more herself.

Later in the day when we were out doing errands we stopped by Toys R' Us.  I had a gift certificate to spend and as I wandered the aisles, trying to think of something quickly since Paul had stayed in the car with the kids, I came across an aisle full of instruments and my eyes immediately fell on the bongo drums.  After deciding that these had the best sound I picked them up and used the card I'd had in my purse (that was about to expire!).

The drums inspired my addition to the shepherd's search, since one of our shepherds is still missing: 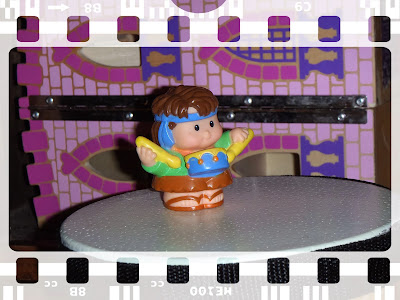 And Mae's reaction to the drums was very, very happy.  She and Patrick and Sadie were all drumming together at the same time.  She would even bring it over and want to drum with one or two of us at the same time (which is huge!!!).

So the drum was totally, totally worth the Friday trip into Toys R' Us during an afternoon in December... Because: 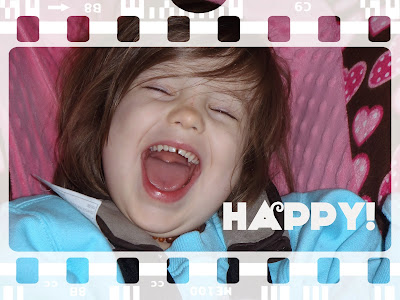 The shepherd and sheep joined in the block stacking fun she's been having to complete their part of the search for the day: 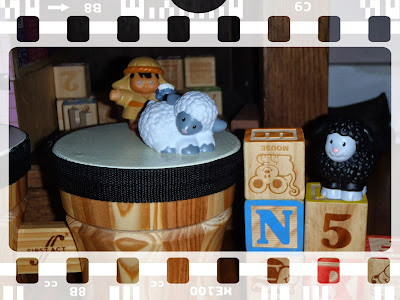 Mae's also taken an interest in the train tracks lately (lining them up side by side) so I thought I'd take some of them out of the box that they're usually in and set up a display that I knew would be destroyed about ten seconds after they came downstairs! 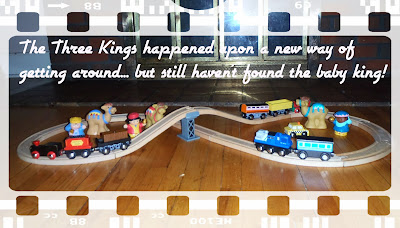 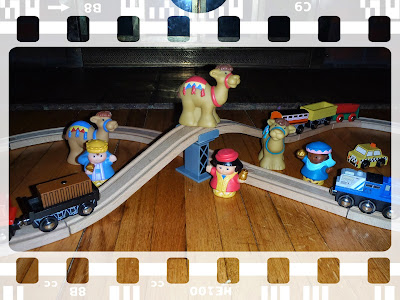 And that is our 7th day of Advent!  The search for the baby king is still on!

Now to think up something special for tomorrow!
Posted by Cammie Diane at 1:15 PM