A box arrived at our house some time ago and I was eager to open it... but not just yet, I said, setting it aside.  It was a busy day, in the midst of the what-on-Earth-is-Patrick-allergic-to saga and I knew that what was in the box was awesomely amazing and I wanted to open it at a time when I could sit down and devote a good amount of time to photographing what was in that box and setting it up and getting ready to do a lesson with the kids.

As a blogger this might very well be my #1 flaw (at the very least it's in the top 5!).  You see I'll get an email or a comment (or a box in the mail) and I'll glance at it and think, oh this deserves a response, a good response, I have to respond when I have at least a solid five minutes all to myself.  Can you see the problem with that logic?  Because there hardly ever are a solid, unaccounted for five minutes in this house, something is always popping up needing to be done and I always fall asleep before doing the things that I was saving to do well.

And that's what happened to the box.

It moved around the house and I kept meaning to open it very, very soon until I forgot to do it altogether.  This last week I found it and opened it and marveled at the wonderfulness of what was in that box and kicked myself for not opening it earlier because it truly is something that I'm going to be using in our lesson plans every single week from now on.  It's something that I would recommend to anyone who are trying to make the story of our faith come alive for their little ones.

It's a Jesse Box.

It was sent to me from the good (and patient!) people at Angelus Press. 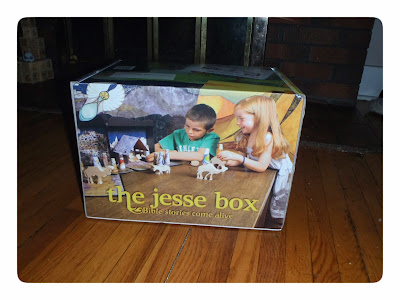 Inside the box is another "box" in three parts: 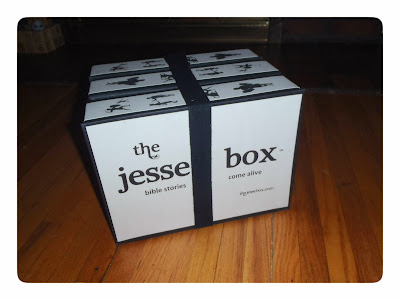 The box comes with two booklets (and many figures for many Bible stories, along with instructions for access to more stories online). I immediately found the story and figures for Advent.

I did some preparations to get the story that I'd be doing with Sadie ready before I set it up and showed it to her. 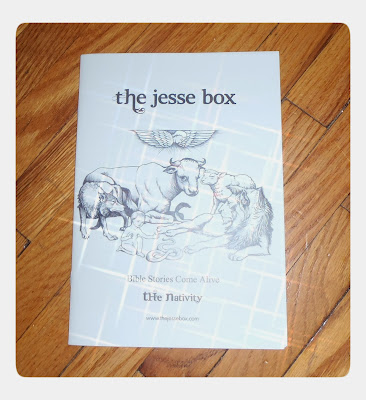 And then it was time for the big reveal: 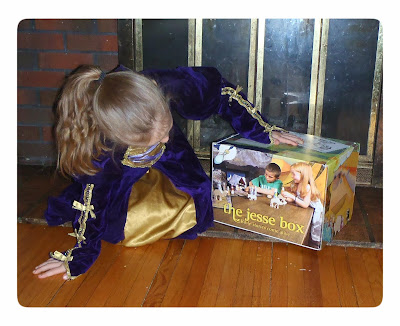 Once she figured out what it was she was enthusiastic about setting it up:
Since it was already the second week of Advent we set up the figures for the first week and talked about the story and then set up the figures for the second week.  I told her the stories and then we talked about the suggested discussion questions in the booklet and she marveled at the little manger that we'll be putting baby Jesus in and announced that Mary was her favorite figure in the diorama.

And here are more pictures since I don't think my words can do the set justice!
And while this isn't the best video out there (the lights in our house are pretty dim, and the wintery light outside isn't helping) I just had to share part of the conversation that Sadie and I had after we finished talking about the questions in the booklet:


I just can't recommend this set enough.  It really is lovely.  And it's listed on the Angelus Press website as 40% of right now.

I am so excited to be using this as part of our faith formation program.  I'd been looking to add something hands on in lately and the Jesse Box perfectly fits that idea.
Posted by Cammie Diane at 8:16 PM

Email ThisBlogThis!Share to TwitterShare to FacebookShare to Pinterest
Labels: Advent