The first time I remember being annoyed about stereotypes about California and Californians I was twelve and at computer camp (yes, I’m that nerdy). Someone asked one of the other girls at the camp what California was like and she said “well, it’s like, really flat, with lots of palm trees…”

Okay, so that does describe a portion (albeit a very small portion) of our state. And I’m the first one to admit that I do get very annoyed at the way politics play out in our state. But there are also some huge misconceptions about our state and since everyone else in the apartment is asleep at the moment I thought I’d take a moment and give you glimpse into my point of view. 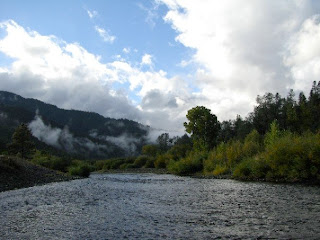 First off, as anyone who’s looked at a map knows, California is a pretty big state. My senior year in high school we went on a mission trip to Mexico. We drove on south on Interstate 5 all day long. And after a little over twelve hours (starting out in far Northern California) we were… still in California… about an hour from the border.

L.A. is a long way away from my current hometown. San Francisco is a five-hour drive. Sacramento is four-hours away.

Smog isn’t really an issue here. In fact, it hasn’t been an issue in any of the cities or towns (eight in all) that I’ve lived in (in Nor Cal). We do have smoke problems every few years from forest fires, but that ends as soon as the rainy season starts. 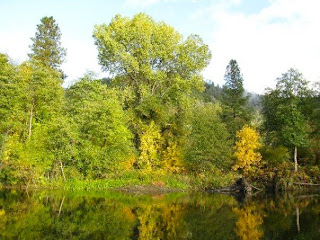 The town I grew up in was in the same county as Crystal Geyser and Danon’s bottling plants. The water at my house came from a well that was drilled straight down into lava tubes. It came out of the tap without going through any sort of filtration system, because filtration wasn’t necessary.

So California isn’t the entirely polluted place that some people apparently picture.

Here’s a quick view of the California that I knew growing up. Here was the view I saw out my bedroom window.

photo info
And here’s what we saw when we looked north. 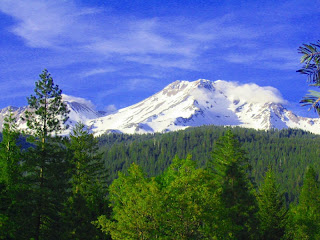 photo info
California also isn’t entirely liberal. The state’s layout actually reminds me a lot of our country’s layout. Blue on the coast. Red in the middle. Our republican congressman has been reelected for decades. And people still talk about the time that we almost escaped California once and for all.

You see far Northern California has tried to join up with southern Oregon several times to form our own state. The name of the state? Jefferson. In 1941 the rebellious northern part of the state almost succeeded. It was in all the major newspapers at the time. A governor was even elected on December 4th of that year and a celebration was held in Yreka. The news of the rebellion was set to hit the airwaves on December 8th... Then the Japanese bombed Pearl Harbor… and the rebellion ended. The US has entered World War II and the northern counties of California were stuck with their southern neighbors. And our area still retains the rebellious spirit that almost led to the succession. I wouldn't be surprised if a libertarian won a seat in the North State.

Of course, when people think of California they usually think of L.A. or San Francisco. They think of gay pride parades, crazy liberal politicians, and the parts of the news that most of us in this state would probably like to forget.

And while those parts of this state do annoy me regularly, the rest of the state makes it a little tougher to leave… and that’s what I wanted to share with you in this post: A part of California that may not immediately come to mind when you think of the Golden State.
Posted by Cammie Diane at 1:31 AM