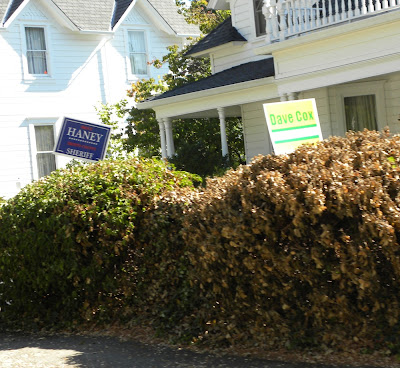 Once in a while Thomist, who is a kind-of guest blogger on A Woman's Place (he gives a man's perspective!) writes in. And sometimes his comments deserve there own post. Here's todays:

Reading your posts is a good exercise in abnormal psychology.

First, we read that you think children should never be slandered.

Second, we read that in this particular case of the Haney child it is allowable because other children, at a school in which the Haney child no longer attends, "say" she is talking disparagingly about their school.

Third, you then proceed to hold the minor as more morally culpable than the adult. Keep in mind that you have only hearsay for information on the child and photographic evidence for the adult. Furthermore, you disregard the fact that one is a child and the other is AN ADULT.

Fourthly, you then sympathize with this adult who is drawing negative attention to herself by attacking children. You begin to claim that others who just happen to be holding her responsible for what in truth is morally repugnant and evil are violating her first amendment rights. I am glad to see that relativism is alive and well in Trinity County. Common sense on the other hand seems to be taking a back seat to the afore mentioned relativism.

Anonymous, most people would look at this woman who slanders children by car propaganda and see her as a complete psycho. This psychopath then wonders why people stop to look at her. Perhaps she even wonders why others might take pictures of this freak-show. Instead of realizing this woman for what she is, either A. crazy or B. evil; you have raised her up to be some sort of political martyr.

If you want the "stupid chatter" to end I recommend being quite. Look at what is being said by both candidates and their supporters. If a maniac who paints political messages all over her car can convince you to muddy the clear waters perhaps democracy is too complicated for you. Now open your eyes and stop being dense.