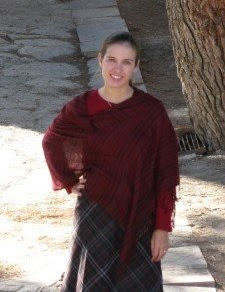 Since I've ventured to speak out about recent Catholic topics that have come up in the news (instead of typing up another recipe or posting cute baby pics) I've opened myself up to less than friendly comments (three in one day! That's impressive!).
I remember when I first started this blog a little over a year ago. I was kind of devastated each time I got a comment telling me how much of an idiot I was (despite the fact that I was my high schools valedictorian and scored 150 on an IQ test that same year, which lets me know I'm not quite as much of an idiot as I apparently appear... I know, I know... this is where I get more comments telling me how obviously stupid I am!). But times have changed.
These days I seem to have grown a somewhat thicker skin. Maybe it's all those pregnancy and post-pregnancy hormones that have been surging through my veins lately. Maybe it's just that I find a lot of things going on in the world around us all to be absurd, and so I'm not all that bothered if the rest of the world thinks I'm foolish too.

I mean, in this age of moral relativism it seems crazy to some people to set boundaries of any sort, much less follow the Catholic Churches teachings. So I'm okay if the whole world doesn't love me. That may just be a sign that I'm heading in the right direction.

Anyways here are my two favorite comments of the day:
POB said...

The assumptions made on this blog would make a philosophy minor at a state university cringe...

This is clearly a proudly conservative Catholic motherhood blog. Given that it is not a website that basks in the glory of its own self righteousness of liberality is enough to make most at any state university cringe.

So what assumptions are you even talking about?

I picked the first comment because it's not nice, but it's not the meanest thing I've gotten either. And I picked the second one because it hits the nail on the head.

Now to get some sleep and see if I wake up to any more fun comments before another busy day starts!
Posted by Cammie Diane at 12:47 AM