Poor Patrick.  He hates tummy time.  But after he acted like a limp noodle during his last doctor's appointment he's enjoying surviving three tummy times a day:

Ouch.  Yesterday was painful, in a body-withdrawing-from-wheat-and-sugar type of way.  I ate and ate and ate the limited foods that I'd dubbed "okay" that we happened to have in our kitchen and after feeling like I was eating a lot added up the calories and came up with a grand total of 688 and 12 grams of fat (at first I thought I'd gotten 738, but then I realized that Mae stole half of my banana).  I did manage 60-something grams of protein, which was almost enough for a nursing mother...

So the new struggle is finding things with fat and calories that are okay to eat.  With the help of bacon I'm doing better today, but am still on the low end.

I also started keeping track of everything here, so that I don't spend all my blogging time over here lamenting this whole food thing.  Because that was probably old like... yesterday...

This is one of the creepiest things I've ever seen.  Ever.  Celebrating the murder of the unborn... classy:

If that wasn't disgusting enough there's this, which is worth reading just to get an idea of what we're up against.  And the Anchoresses response is excellent.

Who wants to bet that the mainstream media is going to do everything they can to ignore the half million people marching in D.C. today?

Yeah... they can keep ignoring pro-lifers but we're not going away...

Wow.  I just posted all of these with a fifth, sixth and seventh quick takes, but blogger must have had some sort of a blip, because I came back and the post wasn't up and half the post was gone.

Which isn't fun since my brain feels like a big ball of mush at the moment.  For those who've done this sort of diet change and gone through this sort of thing, how long did it last?  Because I'm so ready for it to go away!

Patrick slept for nine consecutive hours last night in his bassinet...  which is pretty awesome in my book!

The girls, on the other hand, didn't do so well (which is pretty unusual).  We finally worked out that they're terrified of the shadows cast my the street light in their new room.  So during todays outing we got some on sale fabric to make curtains, and a night light, which I'm hoping will turn them back into the good sleepers they were before this week! 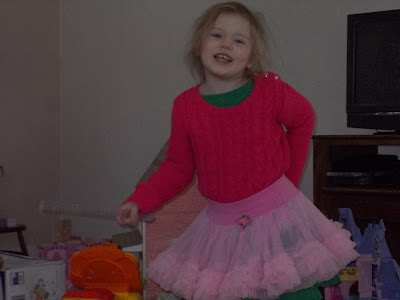