The evening and arrived and the events of the evening seemed determined to temper the wonderfulness of the day time.  You see, somehow I noticed that Patrick had a small indentation on his middle toe on his left foot, and the top part of the toe was bright red.

I felt a pang of fear.  I'd read about this in a magazine once:  a little girl got a hair wrapped around her toe and her mom couldn't get it off and she needed surgery.  I set to work.

I posted an update on facebook asking for ideas on getting the little hair off, once I realized that it wasn't just going to be scrapped of by my nail.  Then I set to work trying the suggestions I was given.  Tweezers.  Soap (okay, I came up with that on my own).  And after Paul got home, Nair.

After the Nair failed we ended up in the pediatric ER... feeling slightly embarrassed to have been sent there by a hair, but unsure of what else to do.

We were moved back to our own room pretty quickly, which was good, because I'd spent the entire time in the waiting room thinking about how pretty much every trip to the hospital ends up with a month long illness.  Our room had a rocking glider and (after a moment) the Patriots game on TV: 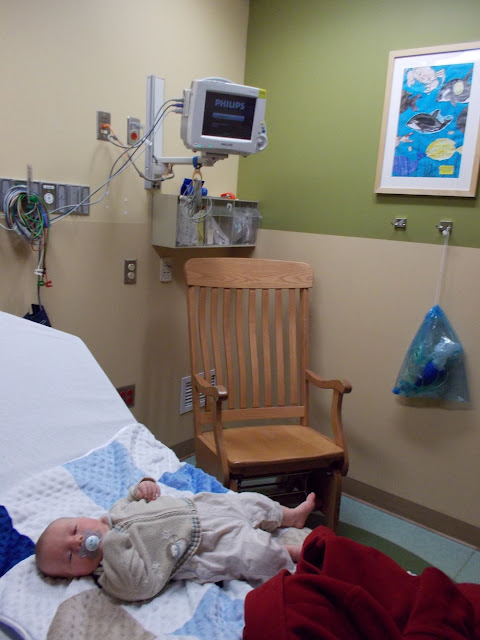 Patrick actually loved staring up at the game.  He thought all the bright moving colors were pretty neat: 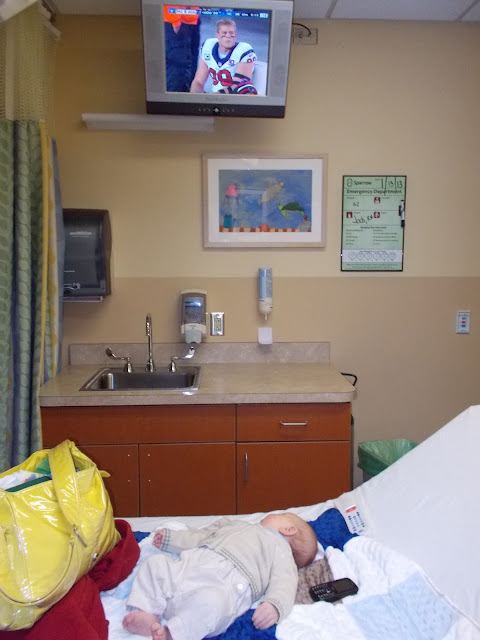 But nothing could beat the tiles on the ceiling.  He stared at them for a solid half hour while kicking his feet and waving his arms and babbling about their incredible sea foam green awesomeness:

He was a brave little trooper with his sore toe: 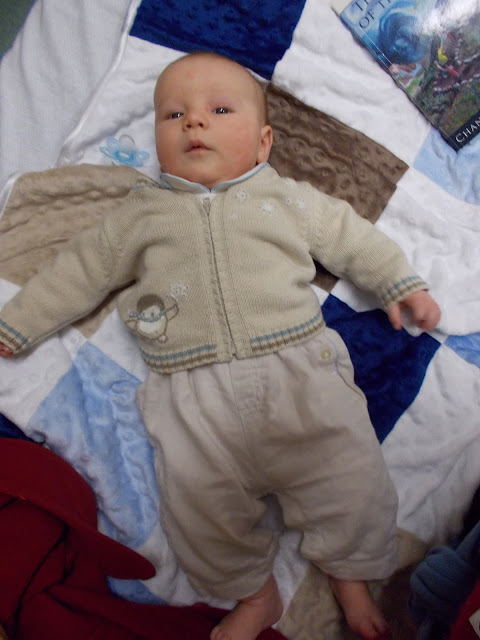 He watched more TV than he had in the entirety of his life up until this point.  And they tried everything... going around it with the dull side of a scalpel, tweezers, a needle... 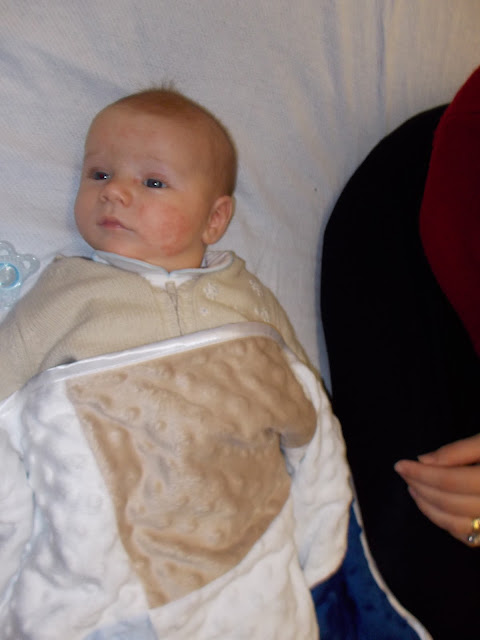 But still no luck... after a second doctor came in for a second opinion the first doctor returned for a little procedure... they slit the skin down both sides of the toe and the doctor said he thought he felt something give.  However when they came in half an hour later to check that the bleeding had stopped I noticed that the indentation looked exactly the same.  We could never see any hair, but the doctors were worried that the hair had actually worked its way below his skin... 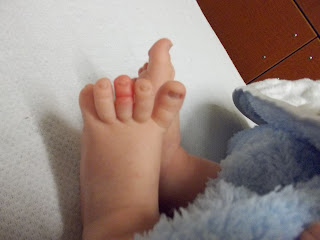 And here he is after.  He was a brave little guy sucking on his binkie while he got the lidocain shot... 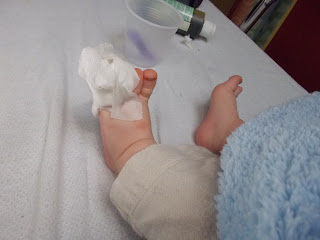 I started this post last night but Patrick woke up and I wasn't awake enough to finish it by the time he went to sleep.

This morning we're headed back to the ER.  The doctor said that if it wasn't significantly better by morning we needed to come back and see a surgeon... and it looks exactly the same, if not a little bit worse.

So here we go.  Prayers are greatly appreciated.
Posted by Cammie Diane at 8:24 AM