Kittyfish spent last night try to break down my door to force me to accept the mouse that he'd caught for me.

I'm beginning to suspect that he doubts my own mouse catching skills and thinks I would starve if he wasn't dropping mice on the floor next to my bed.

Well... at least it's the floor and not my pillow.  And at least that's one less mouse to scamper by and scare me at random times throughout the day.  He certainly is doing his job! 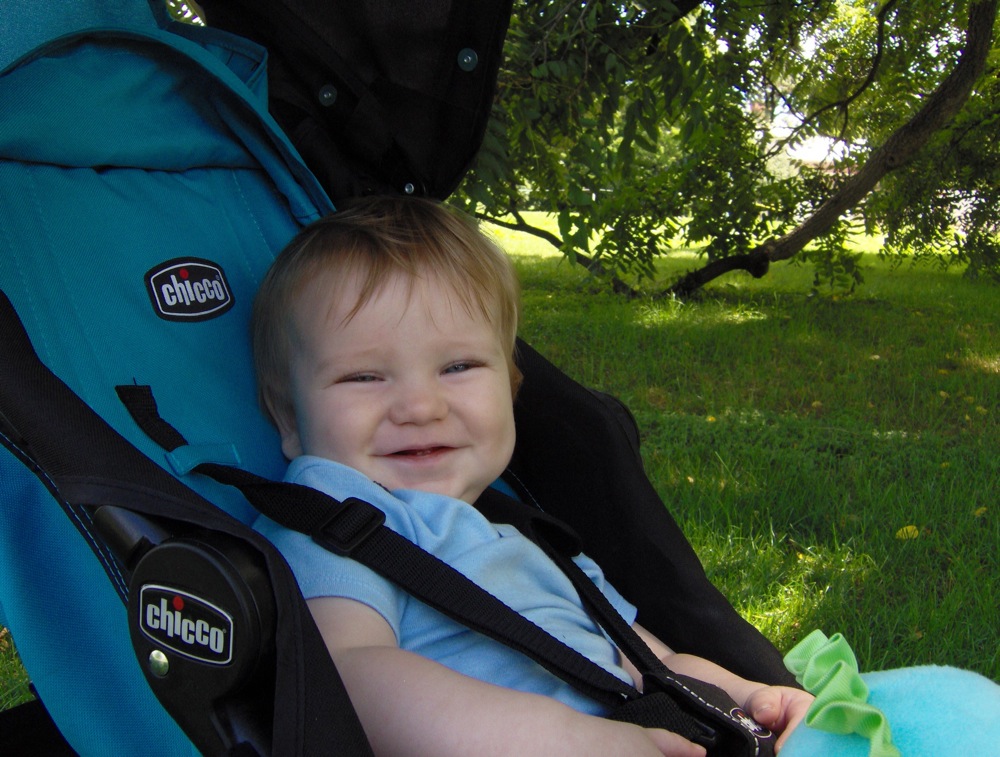 Sometimes when I read reports on what parents need to do to do what's "best" for their child, I kind of find myself shaking my head.  The latest study, which I ran across last night was about the evils of forward facing strollers.  It basically says that because children face forward in most strollers, parents don't talk to them as much, and because parents don't talk to them as much, it's changing brain development and is harmful to the child.

In the end something is thrown in saying it's about a baby needing comfort when they're overwhelmed, next to a picture of a baby that's pretty young to be sitting upright in a stroller, in an upright stroller, and I actually think they might have done better taking that direction (for very small babies), but since most of the article (and studies from what is mentioned) is about children facing forward and the possibility that it damages language development, I find the claim that forward facing strollers are damaging to kids to be kind of silly.

I should probably start by saying I can't really speak to how tiny babies experience sitting forward facing in a stroller.  None of the strollers we've had were supposed to be used with tiny babies.  Patch pretty much lived in a moby wrap for the first six months of his life, and when we go on walks I keep using the carrier quite about that first year, gradually increasing the amount of time in a stroller as they get bigger.  As the kids grow they're usually pretty excited to be in the stroller taking in their surroundings.  They're seeing people and animals and cars go by and are happy to be getting out and about. 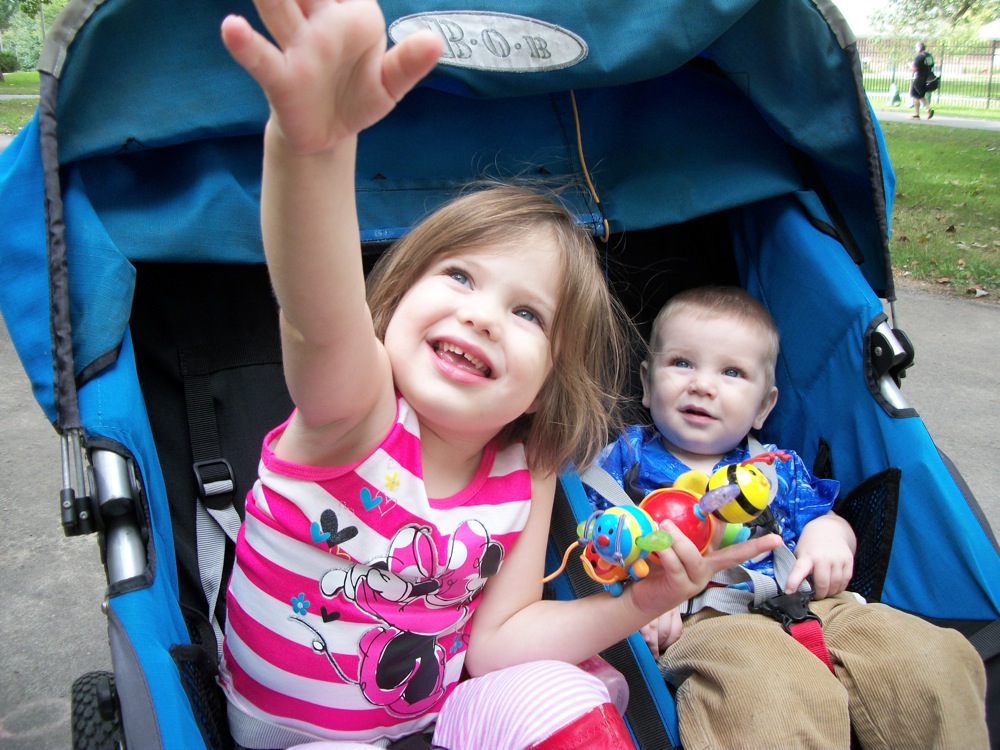 And I just don't see that damaging their brain or language development.

I can't help but think that the pressure placed on parents to make sure their children's brains are stimulated every single second of those first formative years is kind of ridiculous.  You'd think that in past centuries mothers poured every moment of their days into paying attention to their children and did nothing else, when that simply wasn't the case.

I guess I just get tired of this whole push to spend every minute on worrying about how little brain's are developing, when the business of living, going out and about, playing inside and out, is exactly what those little brains need to be healthy.  Sometimes that means talking and sometimes that means watching the world pass by and noticing a bird chirping in a tree of a bicyclist flying down the street.

Last night I tucked the girls into bed and then walked into the other room and heard instant giggling.  I waited and listened and finally peeked in and found Sadie sitting on Mae's bed, explaining something to her in detail (not sure what it was, but it included something like "and then you turn around and...") while Mae lay smiling with her head next to her sisters lap, staring up at her.  This was followed by a solid hour of giggling and running and jumping before they both finally fell asleep exhausted.

I think that even if we had enough rooms for everyone to have their own, I would still have shared rooms, because watching them have "slumber parties" every night has been amazing. 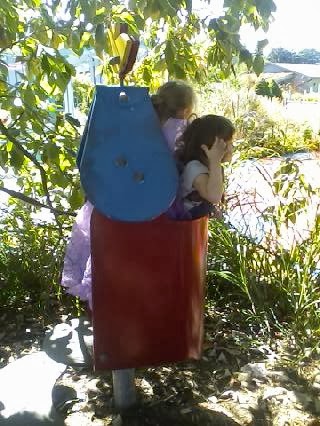 Has anyone else found themselves so much more tempted by whatever they gave up for lent, this week?  I found my brain trying to justify why it would be okay to drink a soda because "it's holy week" a couple of days ago.  I resisted but... it was tough!

I don't think we're attempting going to the Good Friday service today... with the struggles we've been having at Mass lately and me getting faint and Mae desperate to go into the Church to praise God in her own little way, I think it would be too disastrous.

While taking a break from writing Quick Takes I checked in with the Today Show where I occasionally get a chance to watch a few clips to get my news for the morning.  The story of the sherpas who lost their life on Mt Everest in an avalanche came up and I began to listen and then I heard this:

Visit NBCNews.com for breaking news, world news, and news about the economy

I'm actually pretty that this being the possible "end to the season" and that some very wealthy adventure seekers may not be able to live out their dreams of climbing Everest this year, isn't the biggest tragedy occurring here.
--- 7 ---

And I totally missed that Quick Takes had been canceled for the day, but, since I already wrote them, I might as well hit post!
Posted by Cammie Diane at 8:43 AM