I'm now 15 weeks and I'm finally feeling baby flutters every single day.  I say finally because, while I know 15 weeks is early from what all the websites I've looked at usually estimate, I've felt them at least a couple weeks earlier with both my second and fourth pregnancies (Mae and Patch) and so as the weeks went on and I still hadn't felt anything I was starting to worry more and more.  Now I'm feeling those familiar little flutters and movements and it's so incredibly reassuring.

Today Sadie and I went to the 9 am Mass, since Patch and Mae seem to have the flu, and then we rushed home so that Paul could make it to the 11 am Mass (he barely made it... we rushed home after the final blessing at 10:25, hoping we were giving him enough time to get dressed since watching Mae and Patch is a full time job, especially when they don't have a big sister around to distract them from all the trouble they can get into together).

After Paul headed off for more frantic studying in the law library after lunch, Sadie snapped a few pictures of me while repeatedly "accidentally" getting Patch in almost every single shot (they both giggled hysterically throughout this process).

And really with most of the pictures coming out like this

I don't really think they can claim it was too much of an accident.  I now have many, many pictures of Patch's still-covered-in-lunch face.  He was clamoring to get between me and the camera.

Although she got quite a few pictures of me, in which I look kind of shocked and not at all like I was ready to have my picture taken.

The dress is a Banana Republic steal that I found on Thred Up (it's still $10 off your first order and there are so many choices that are on the site for less than $10 that your first order could nearly be free!  And since most of my wardrobe is now from Thred Up I'm definitely a fan!), with a sweater that I got when I was pregnant with Sadie from Motherhood Maternity and boots that I could probably do without now that there's no snow on the ground, but that are just so comfortable I'm having a hard time trading them in for regular shoes.  The dress isn't maternity, but it's a wrap dress that was slightly too big when I bought it since I had apparently unknowingly gone down a dress size back in early December, but it's perfect right now and should at least last for a good portion of this pregnancy and will be perfect post pregnancy for nursing..

Sadie was all dressed up in pink in a dress that we got back before Christmas from Zulily, along with shoes that I found long, long ago on clearance and purchased knowing that someday she would love them.  And she does: 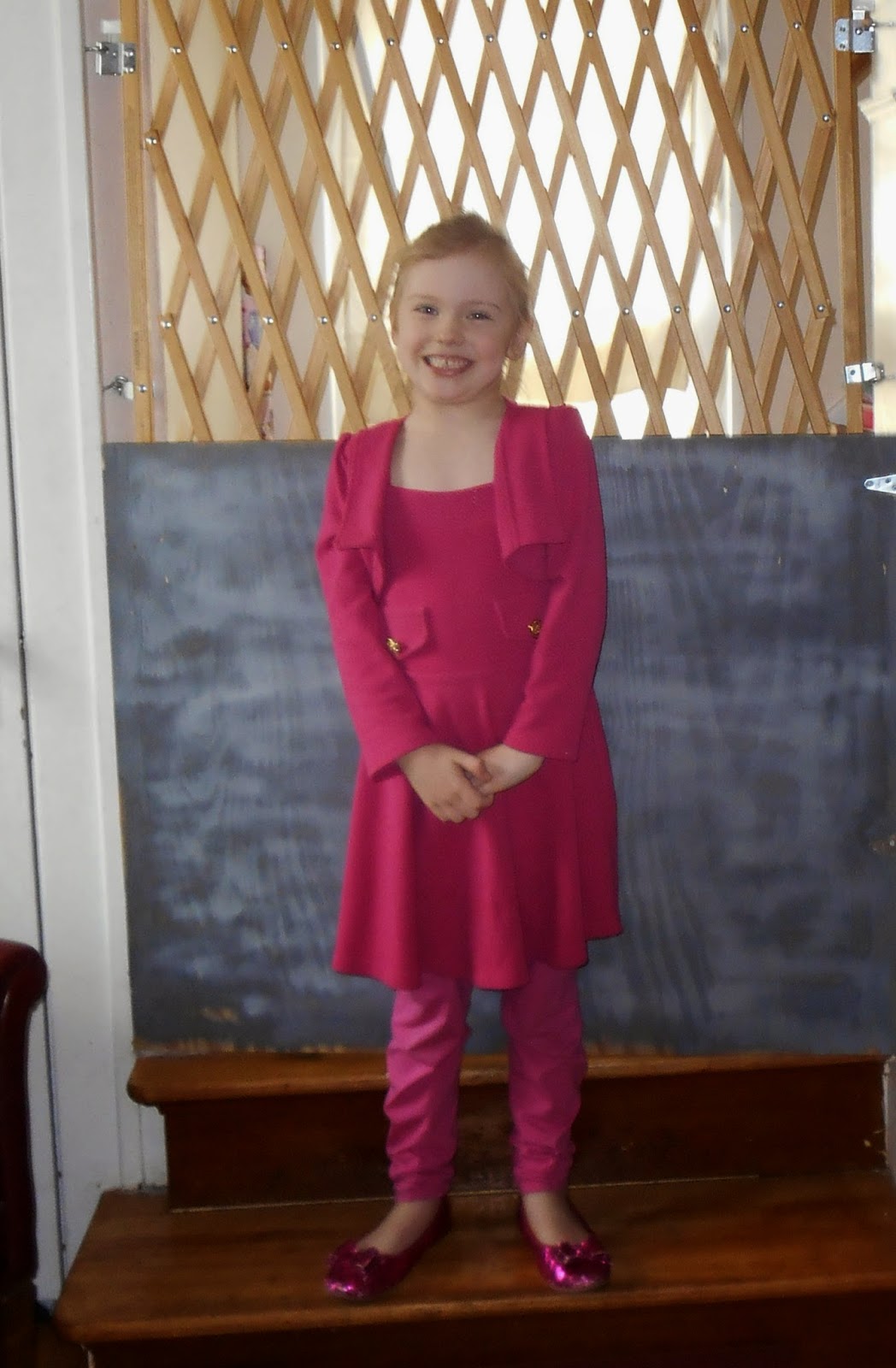 Blurry or not this next picture is my favorite!  My little ballerina took a moment to strike a pose. 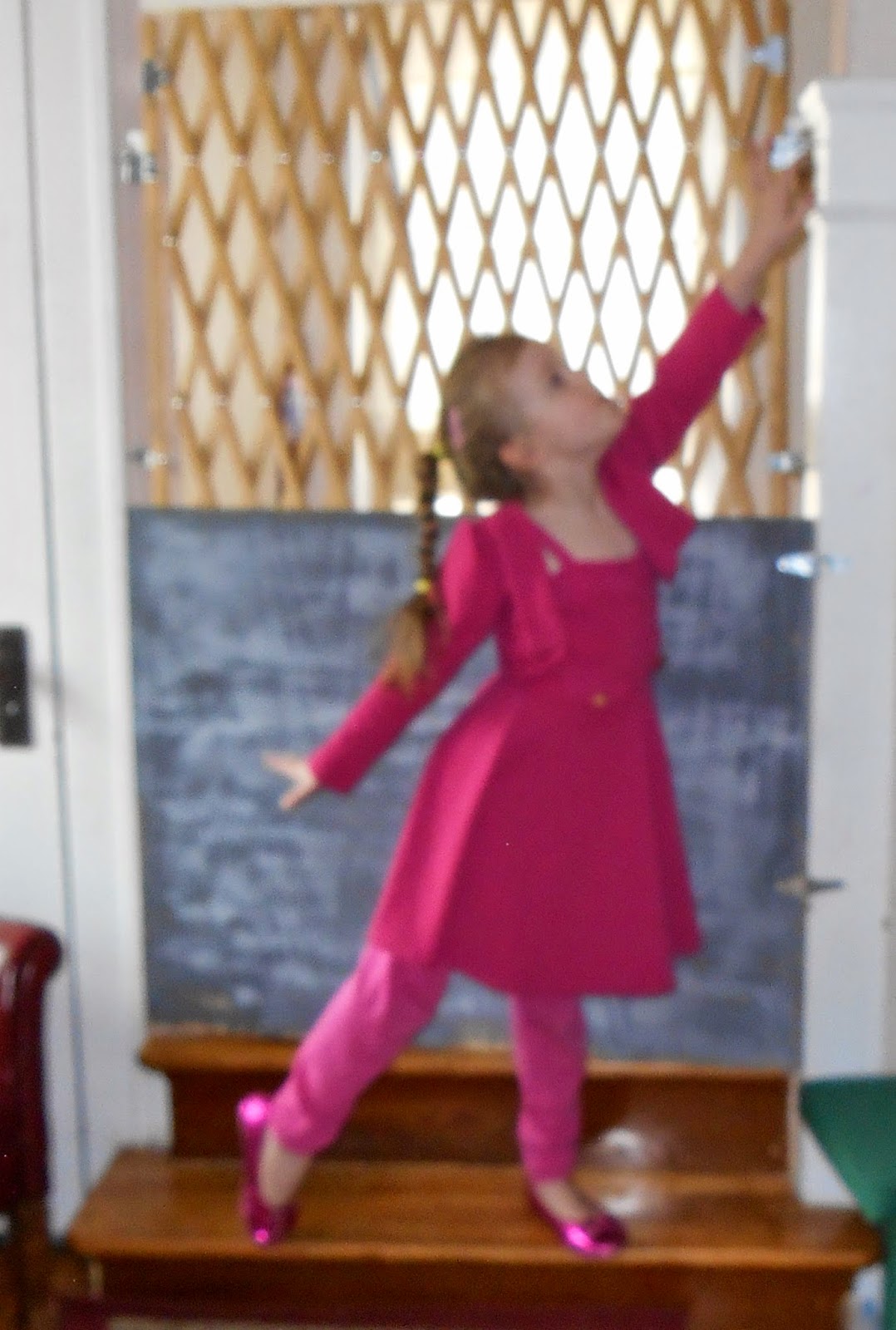 That's our Sunday in a nutshell!  For more WIWS head over to FLAP!
Posted by Cammie Diane at 7:54 PM