Okay, I'm may be the only one in the world who found Patch and Maggie playing with their stuffed cats funny, but I just had to post these pictures I snapped yesterday.

As you can probably imagine, since Kitty Fish arrived in our house, Kitty stuffed animals have become pretty popular.

In fact, as a side story, that just may make this post worth reading, two nights ago Maggie was having a really, really rough time.  It was 5 pm and she was already over tired and melting down.  Usually she runs up to her room on her own and is excited at bedtime, but we'd missed the boat on that point in the night (because it came so early) and it had turned into a complete meltdown.

Paul was at school, and would be for many hours, and so I scooped her up (something I've been avoiding since the ultrasound but... it's really impossible to avoid it altogether, or even for an entire day, around here) and carried her up to bed.

Usually going into her room calms her down instantly, but instead she was still crying as if her little heart was broken.  Then Kitty walked into the room.

Now to understand Kitty and Mae's relationship, you'd have to understand that it doesn't really exist at all.  Kitty spends his whole life making sure he doesn't go anywhere near Mae or Patch.  During the day he either stays upstairs or in the basement. He lives to keep a baby gate between himself and the little kids.  And it works well for him.  He's totally stayed clear of grabby little toddler and preschooler hands, the entire time he's lived here.

Earlier this week though, he showed that he's more than just a mouser, when he strolled into the room when he heard her crying and let her pet him, not once, but twice.  She immediately stopped crying.  Her whole face was transformed and she lay on her side, staring into his face, glowing at him.  Then he turned and walked out of the room and she lay there, still smiling, cuddling her bear while I tucked her in.

A few minutes later when I brought Patch up to bed she was already fast asleep.

Yes, these two kitties are definitely the toys of the moment in our house... but don't think that any old kitty is okay for Mae to cuddle with.  The orange kitty is definitely "her kitty." 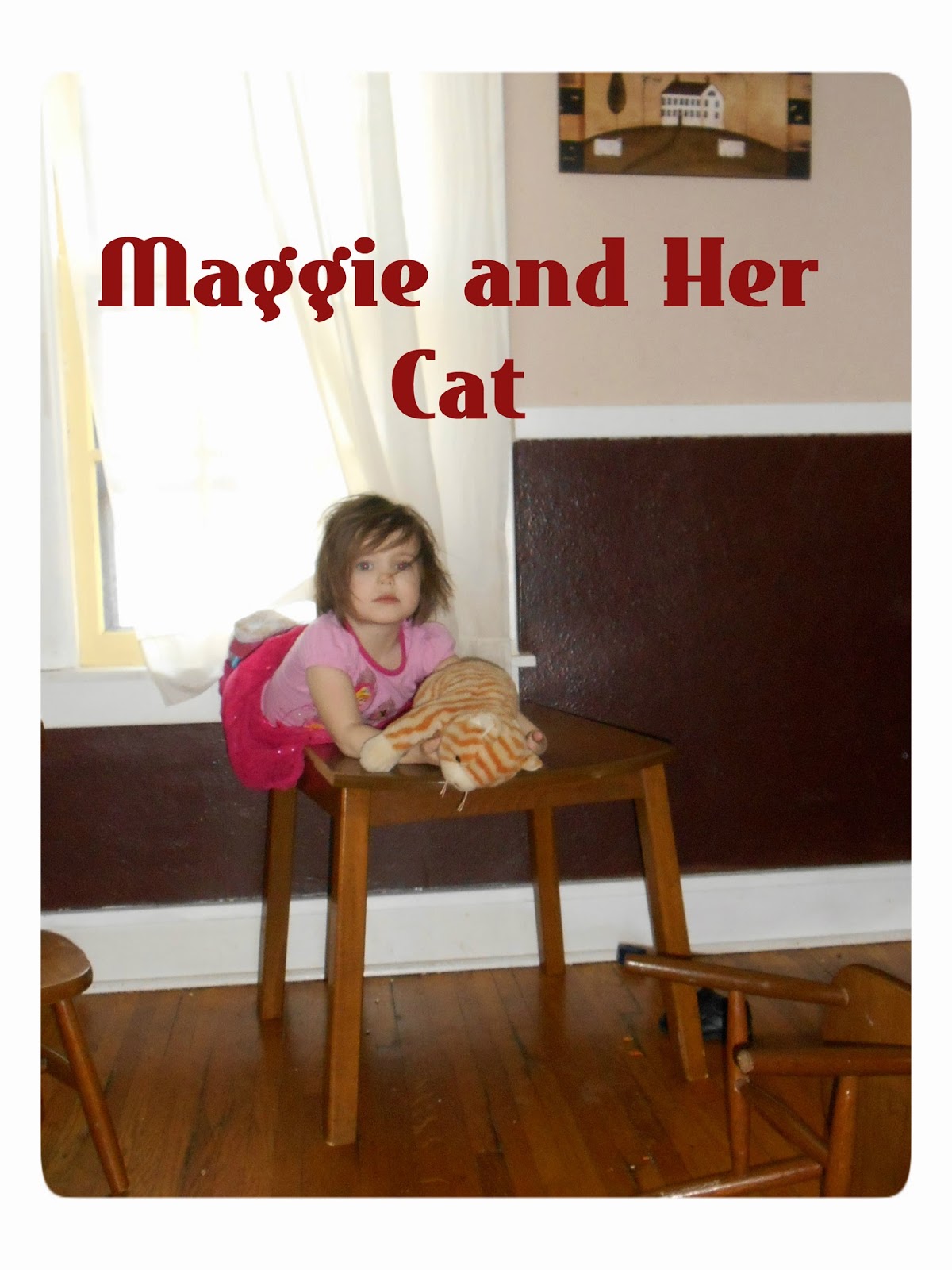 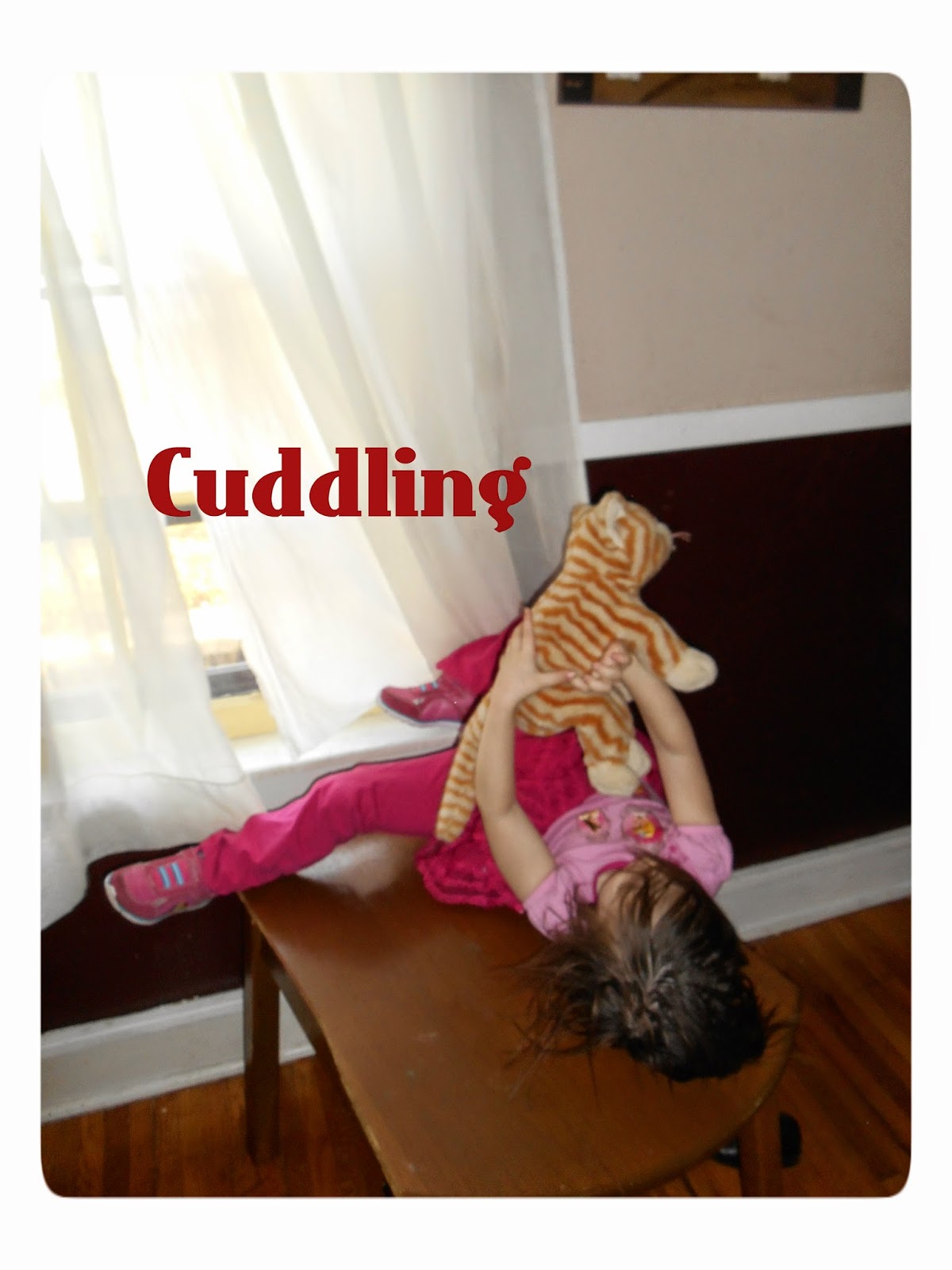 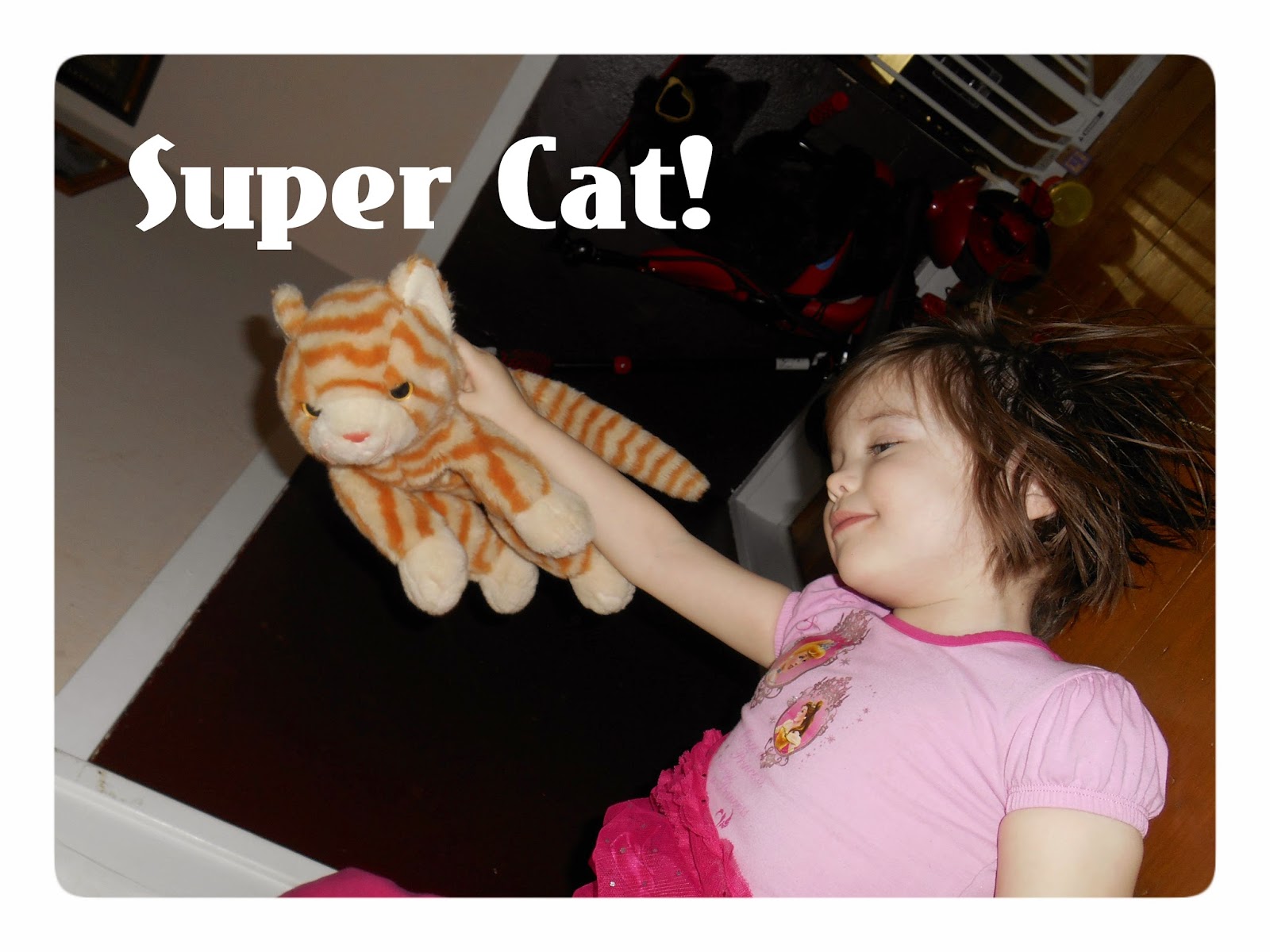 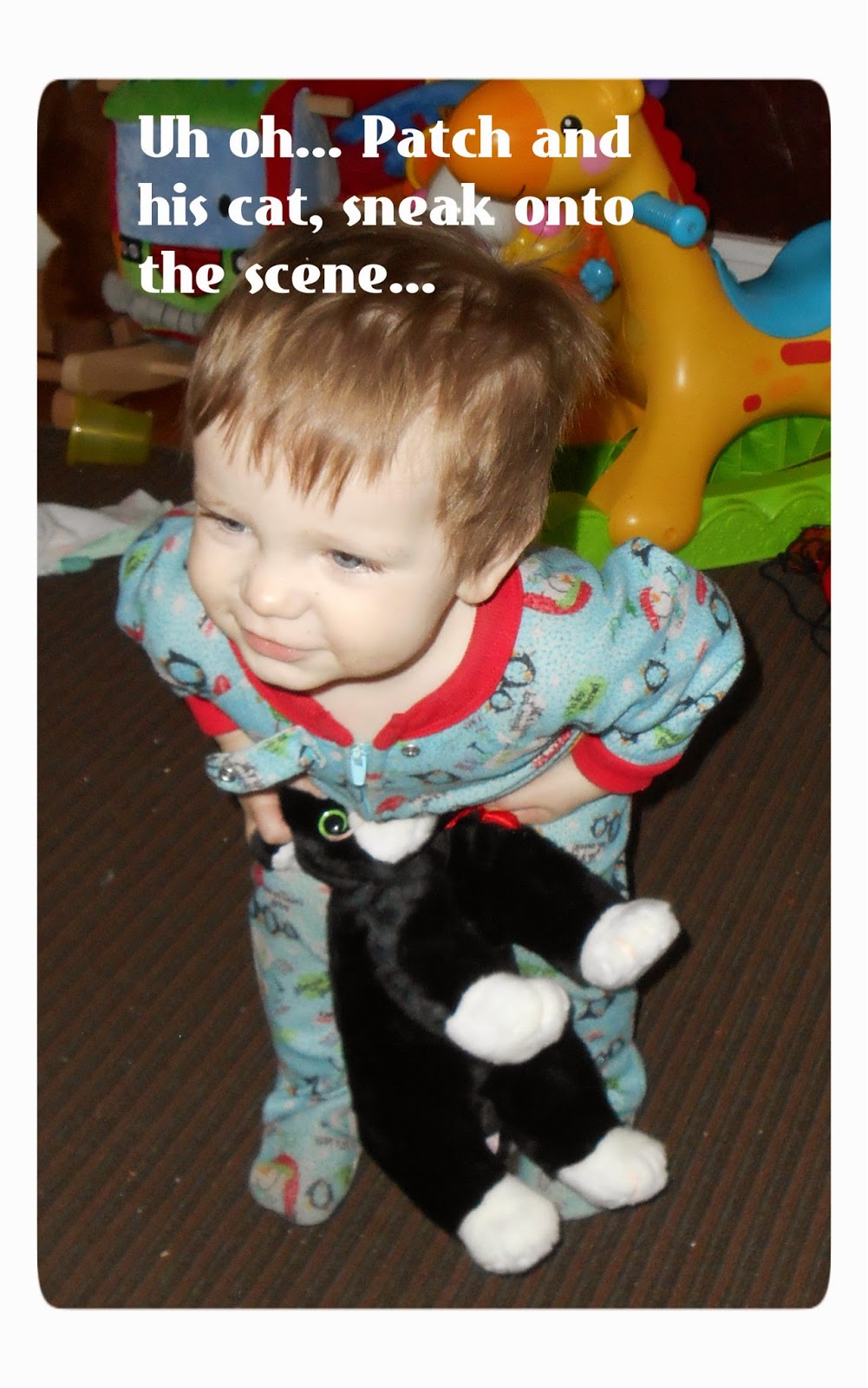 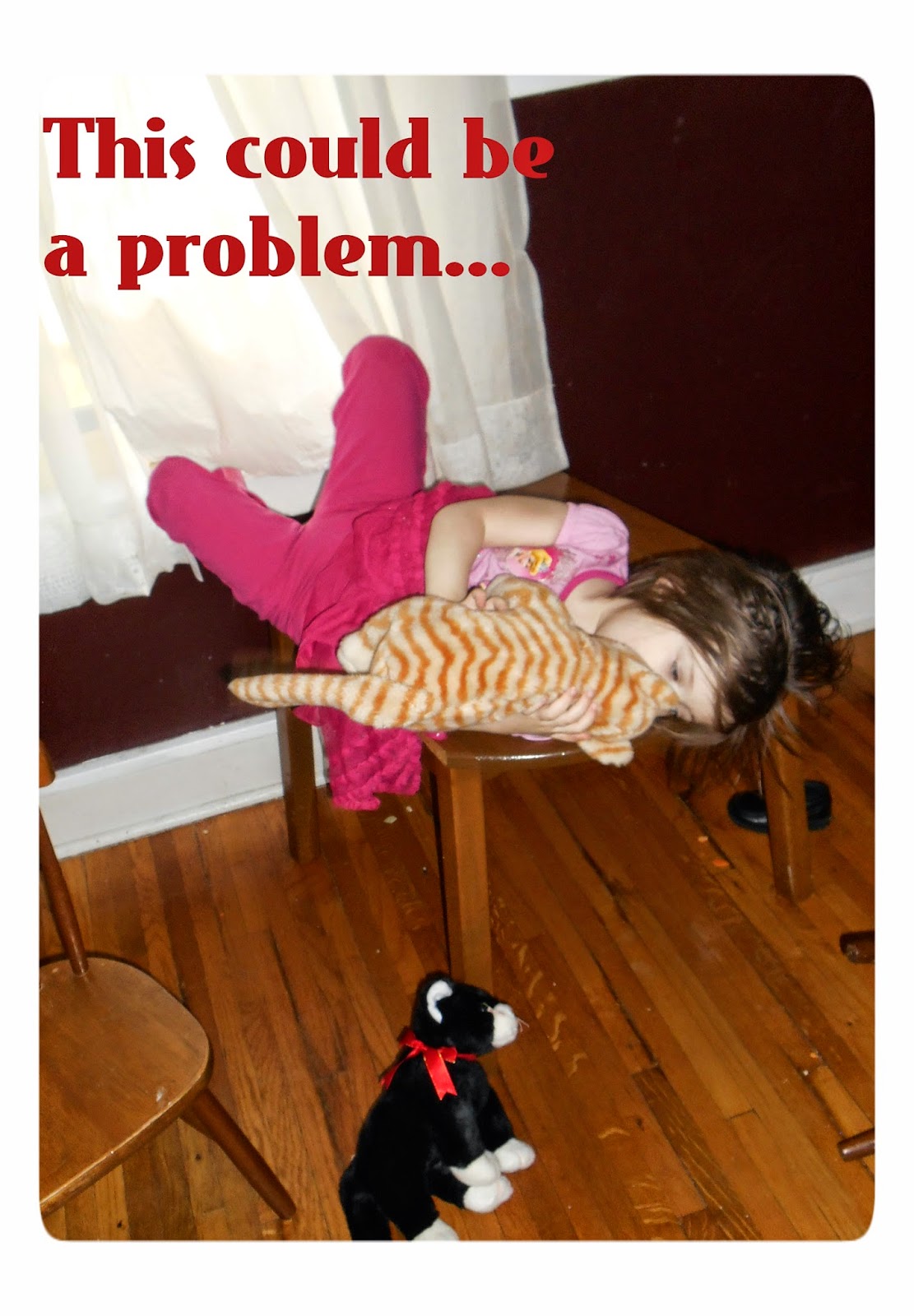 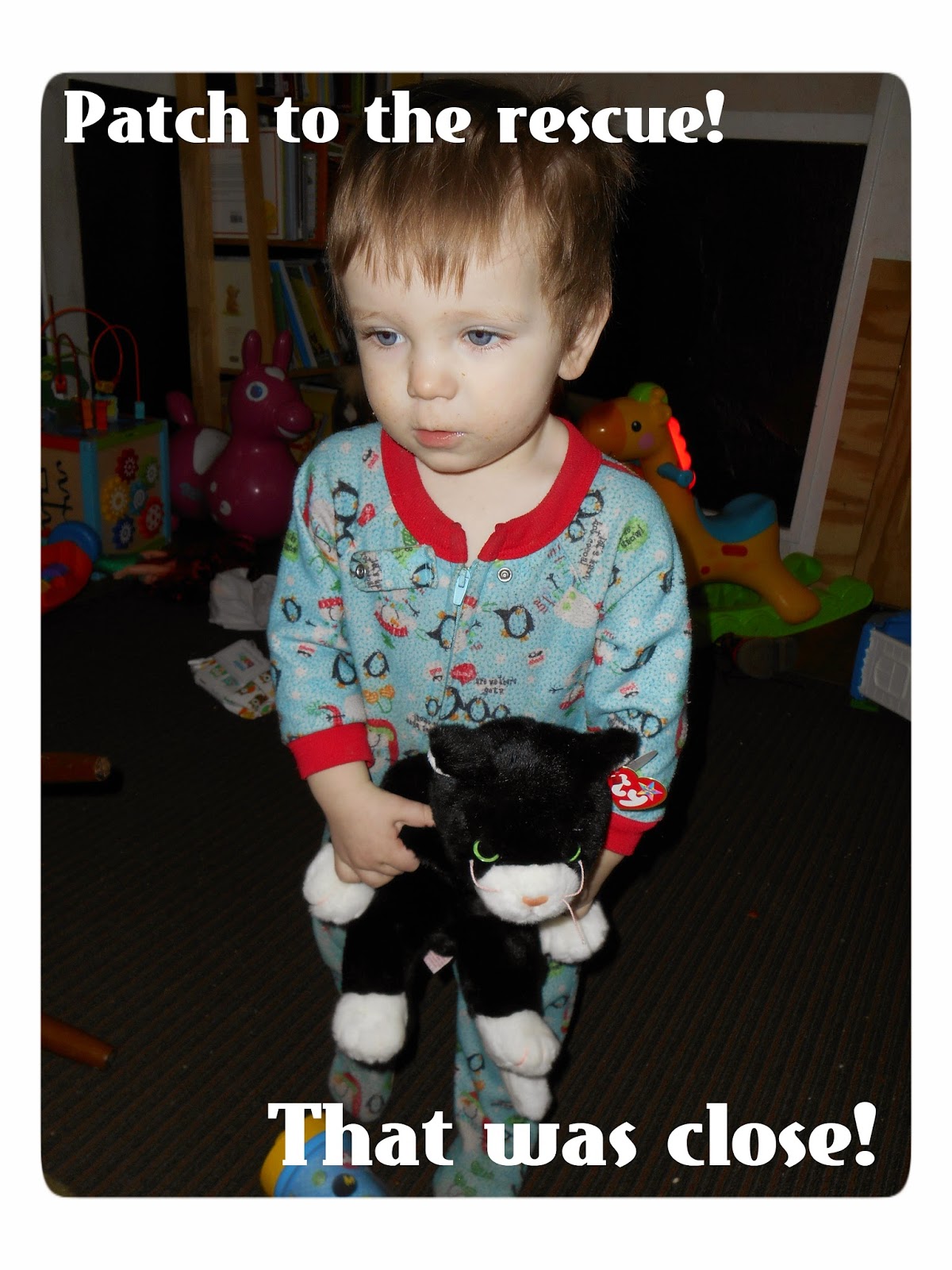 And in totally unrelated news, last night after I finished my work for the night I quickly sewed this for Mae's therapy (or any other time she wants to use it). It's weighted with plastic pellets and I have a feeling she's going to love it, since she loves all things weighted.

Now to make a weighted blanket! 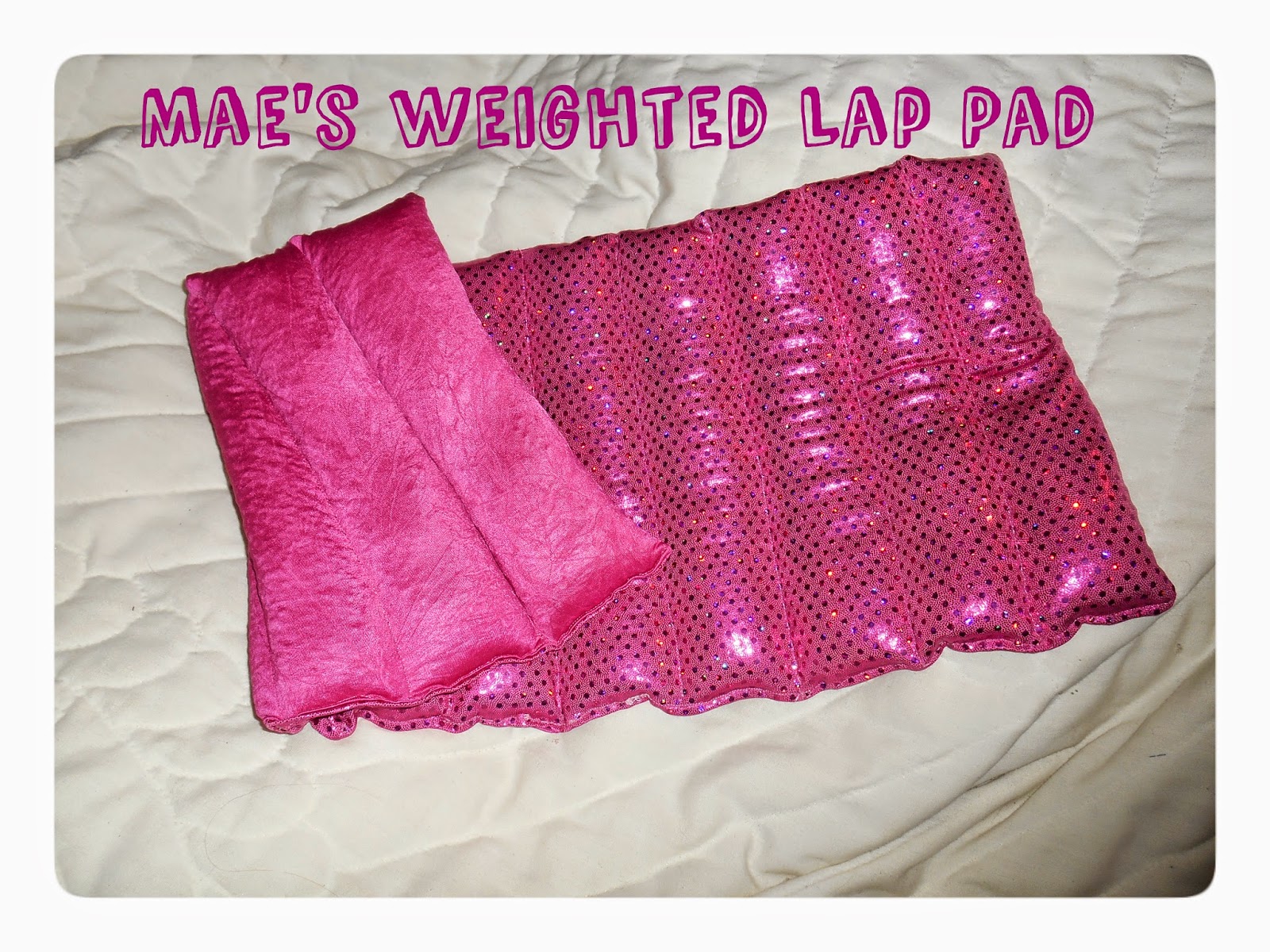 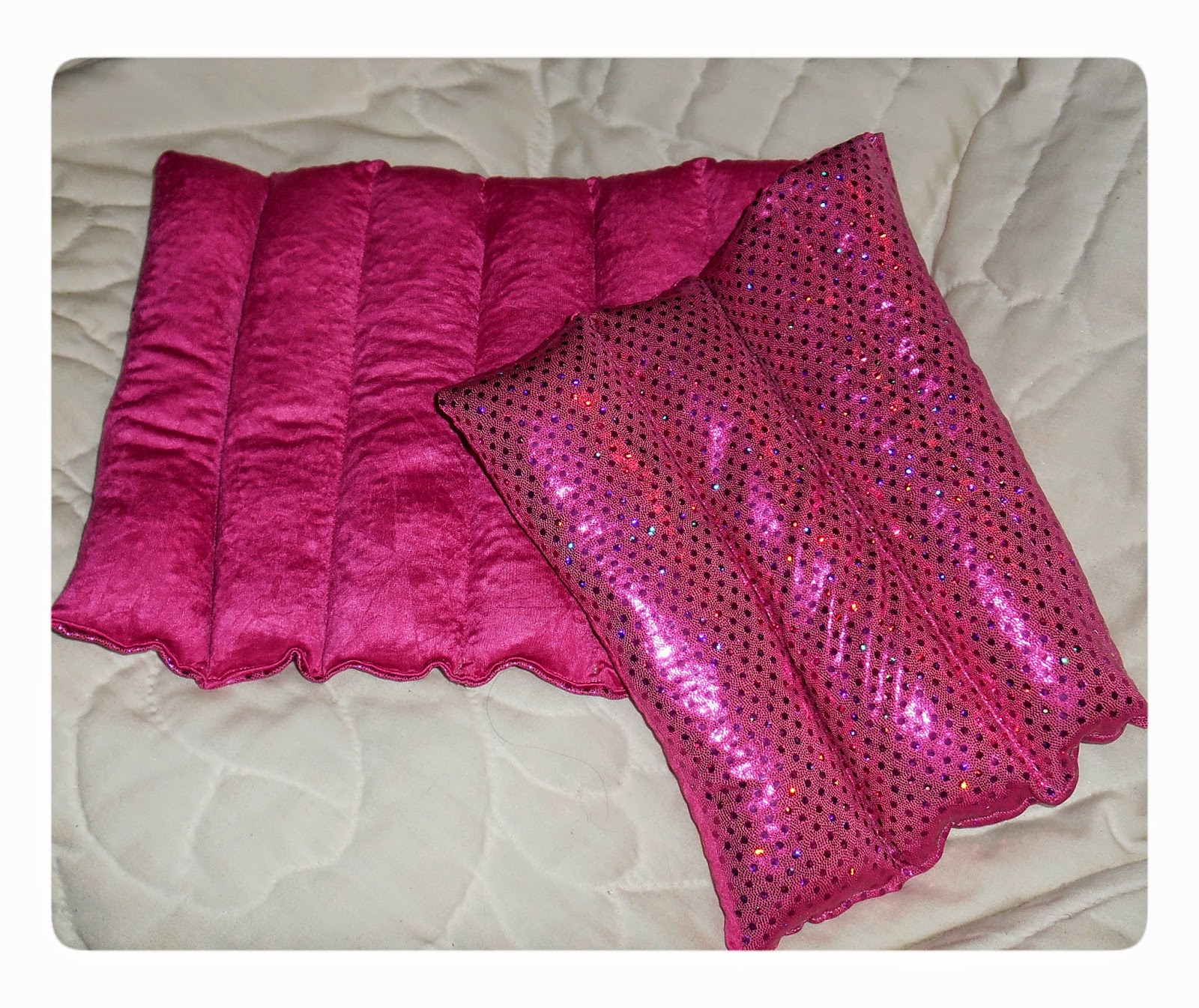