Technically it is now Saturday, at least in this time zone, so I guess this doesn't count as posting a ridiculous number of posts in one day.

Sadie has a doll that she hauls around everywhere.  She named her Bibiana, after hearing the name in my book of Catholic Baby names and she and "Bibby" have become fast friends.  But Bibby didn't have a princess dress.  And while Sadie hadn't said anything, she kept changing her clothes back and forth between the ones she had and I could tell that she wished Bibby had something a bit dressier.  And something that was a bit more purple since she's all about purple these days.

So after I finished my work for the night I looked around and found some scraps of fabric and started sewing.

Who knew sewing such a little dress would take so long?  The sleeves took far longer than a regular size dress would just because I'm not used to sewing in such a tiny little space.  But it's finished and I snuck her doll back into her room so that when she wakes up in the morning this is what she'll see: 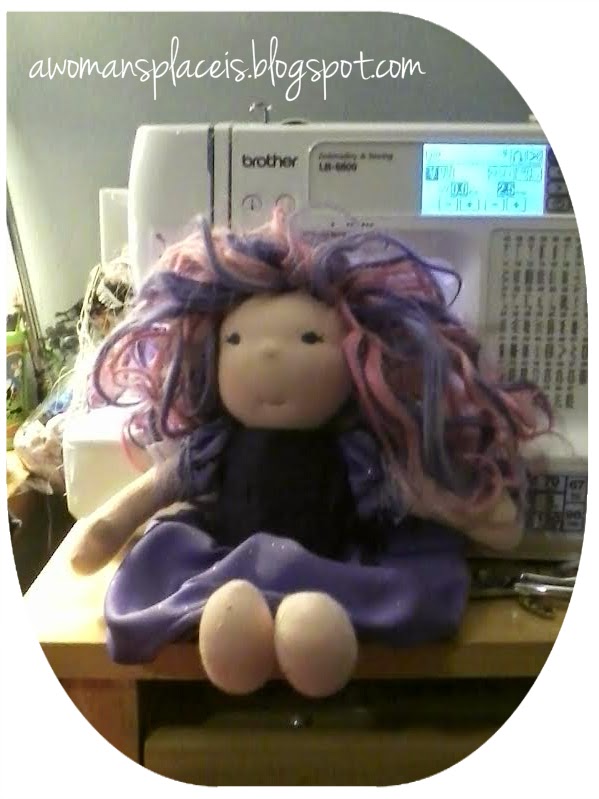 It's not the fanciest princess dress I've ever made but I have a feeling she's going to be thrilled!
Posted by Cammie Diane at 12:22 AM