April for Acceptance and a Birthday

Today is my birthday (32!  Is it sad that I had to do the math to figure that out?) and it just so happens it's also the first day of Autism Acceptance Month (okay, most people will probably be saying awareness but over here I'm saying acceptance, because I think most of us are all aware of autism because it's on the news quite a bit, at least once you start paying attention to it).  I can't think of any topic I would rather share my birthday month with and so I am going to be posting a little more about autism this month.

Since "Light it Up Blue for Autism Awareness" is an Autism Speaks thing, quite a few people in various groups and pages I'm on were looking for alternatives and the one that I kept seeing suggested was using gold to replace blue because Au the symbol for gold also happens to be the first two letters in the word autism.  And I found a facebook page (Light it Up Gold for Autism Awareness) where this banner was shared to be shared with others and thought it was perfect:

As I watch Mae playing with her siblings I can't help but think that they're presence in her life really is the most effective therapy I could possibly imagine.  Especially having a younger sibling. 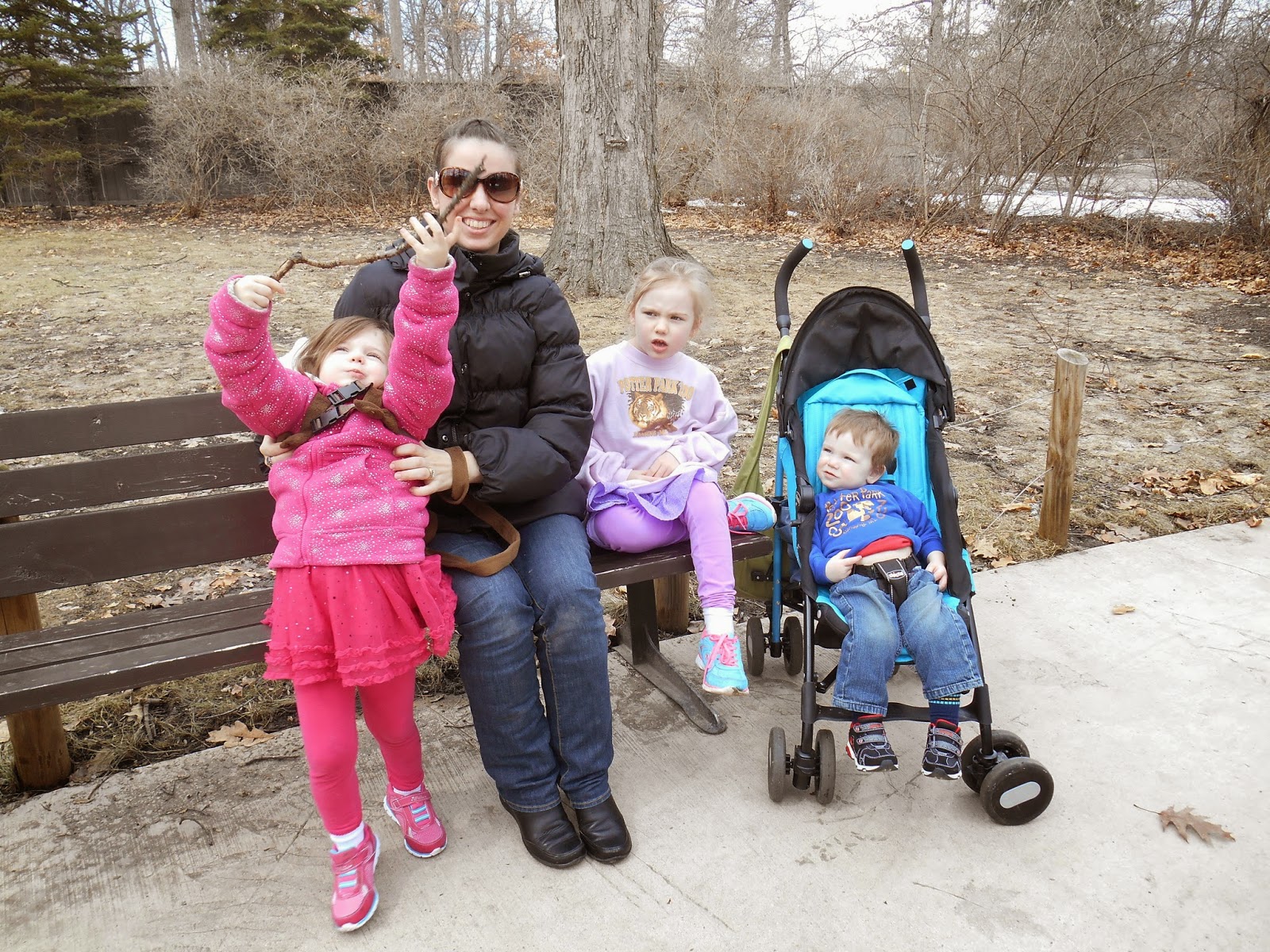 The thing about Patrick is that his entire life has pretty much been spent adoring Maggie.  From the time he could crawl he was after her, trailing her around the house, begging her to pay attention to him. 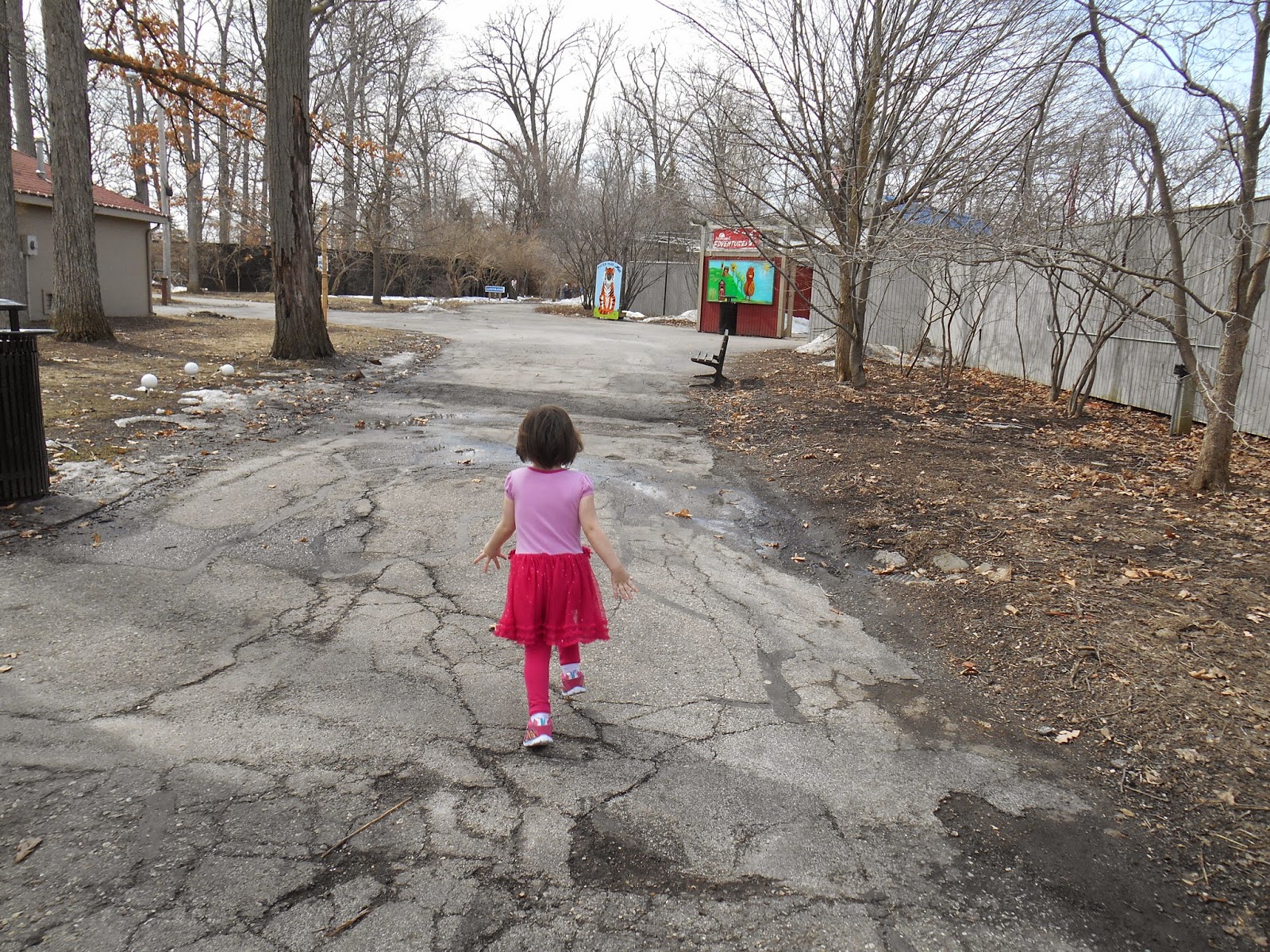 At first she would climb up onto things to get away from him but he just kept scooting after her, staring at her like she was the greatest thing he'd ever seen and handing her toys.  He insisted on playing whatever she was playing with, on doing whatever she was doing, pretty much all day long, every day of the week. 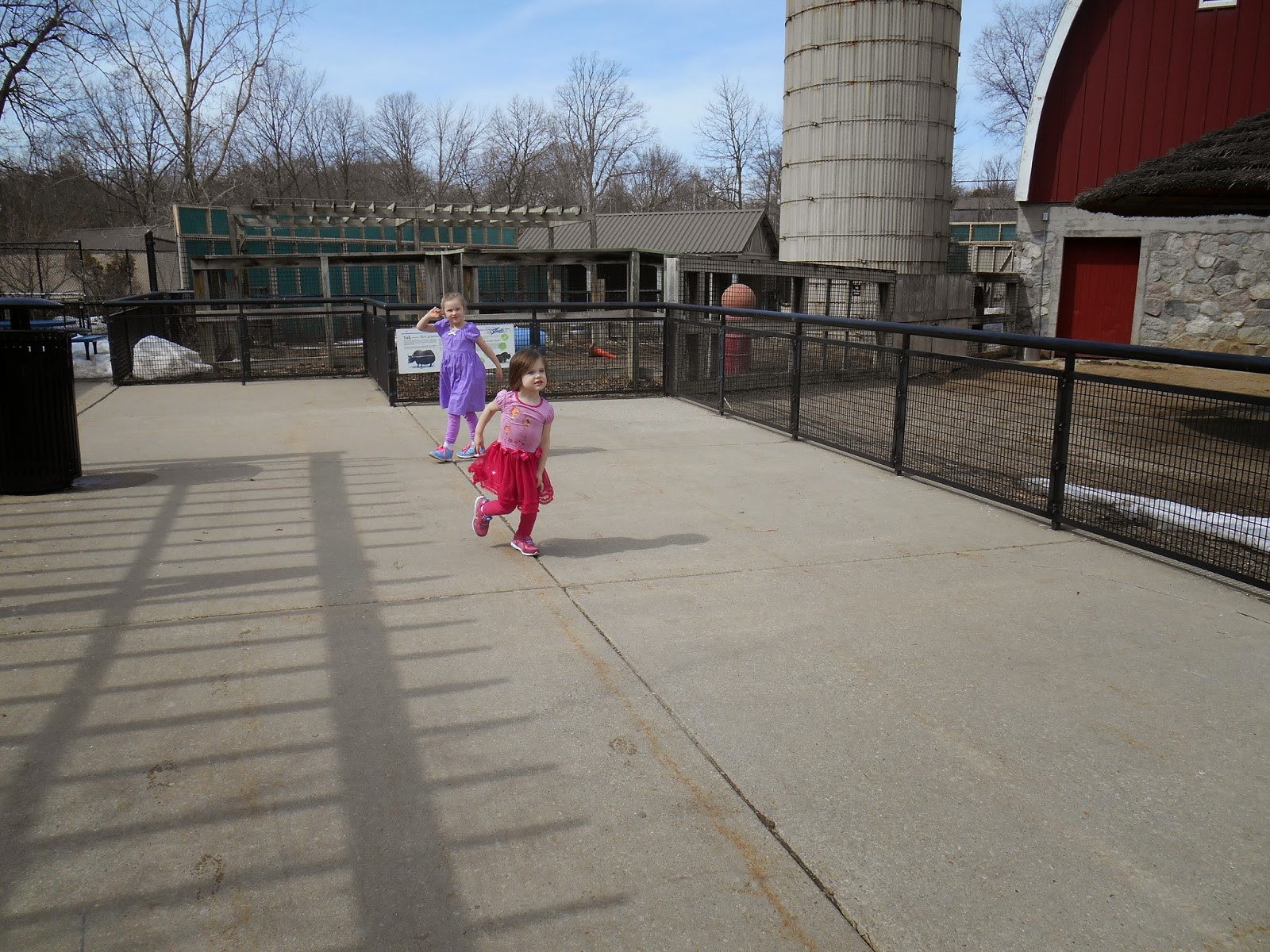 And one day I realized that there relationship had changed.  She wasn't climbing things to hide from him anymore.  She was handing him toys, they were getting into trouble together, smearing applesauce on my windows, racing across the living room and dancing with their big sister. 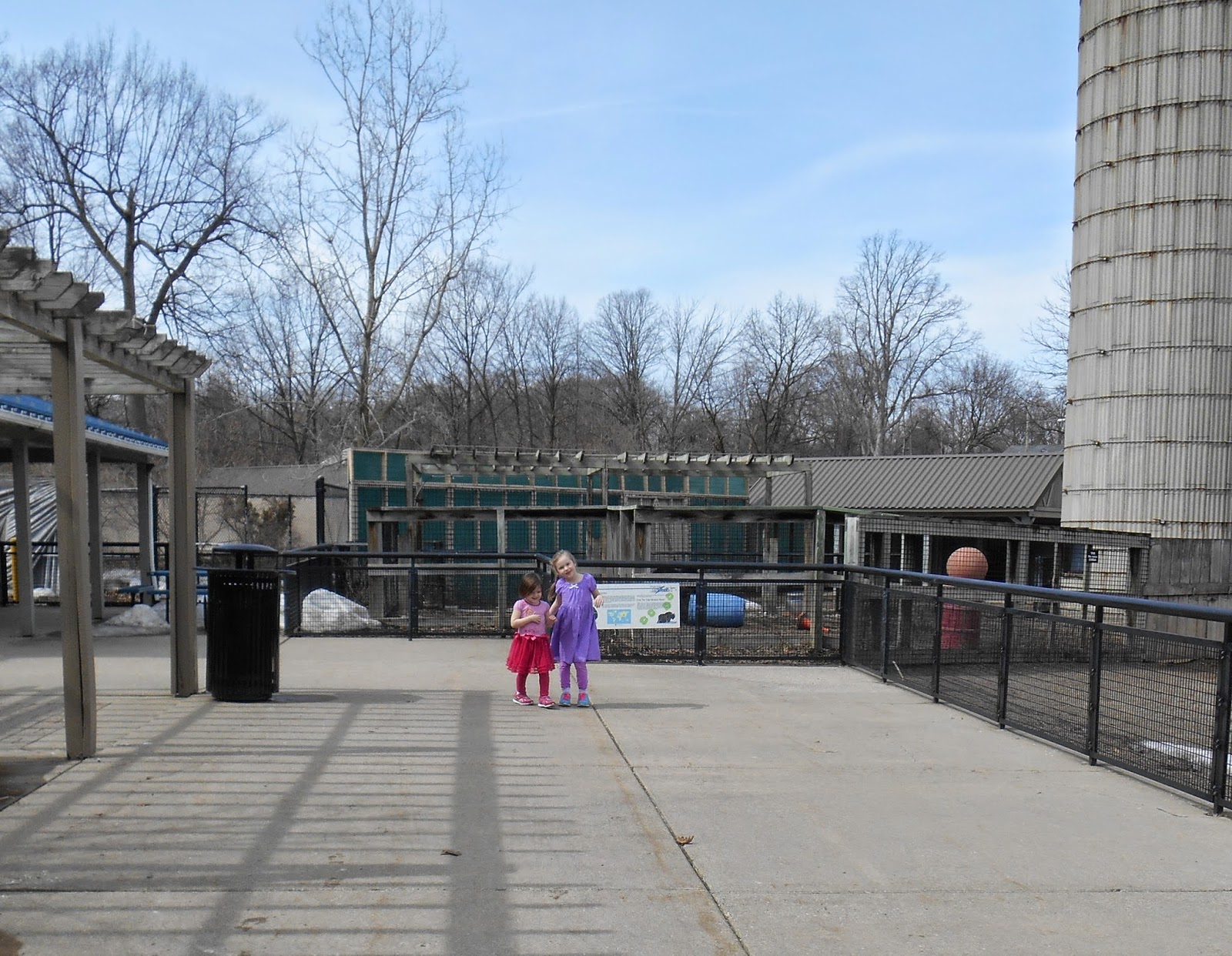 And it was wonderful.

And that was when she really started to show that she was noticing emotions.

Maybe it's because Patch is a baby, but she'd crouch down next to him and study his face.

When he was upset or crying she'd cock her head to the side and frown and then try to comfort him. 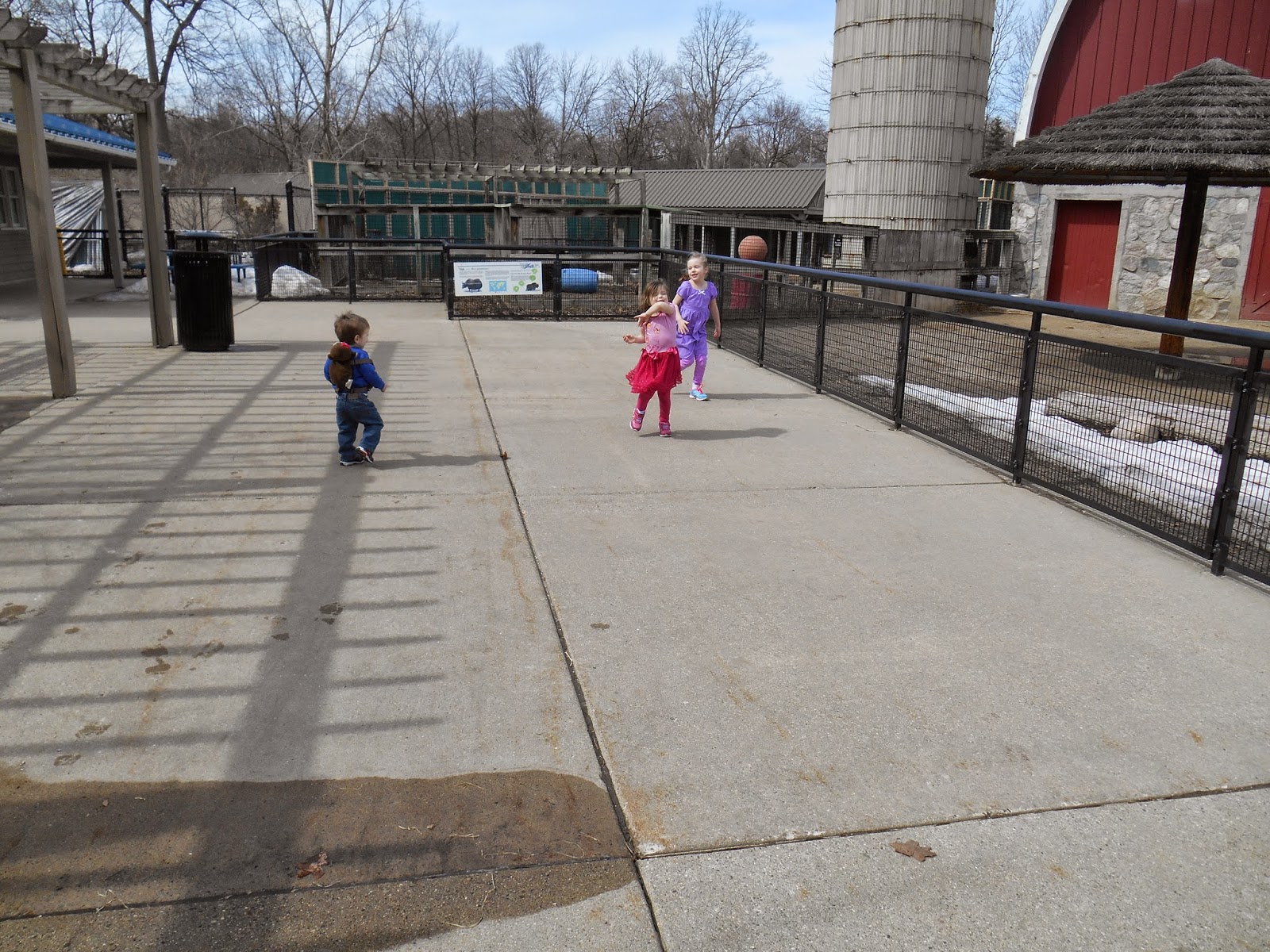 It was quite possibly the most amazing thing that I'd ever seen.  And now I've seen her do it over and over again, study his face with a look of complete concentration and then act on what she sees there to try to interact with him. 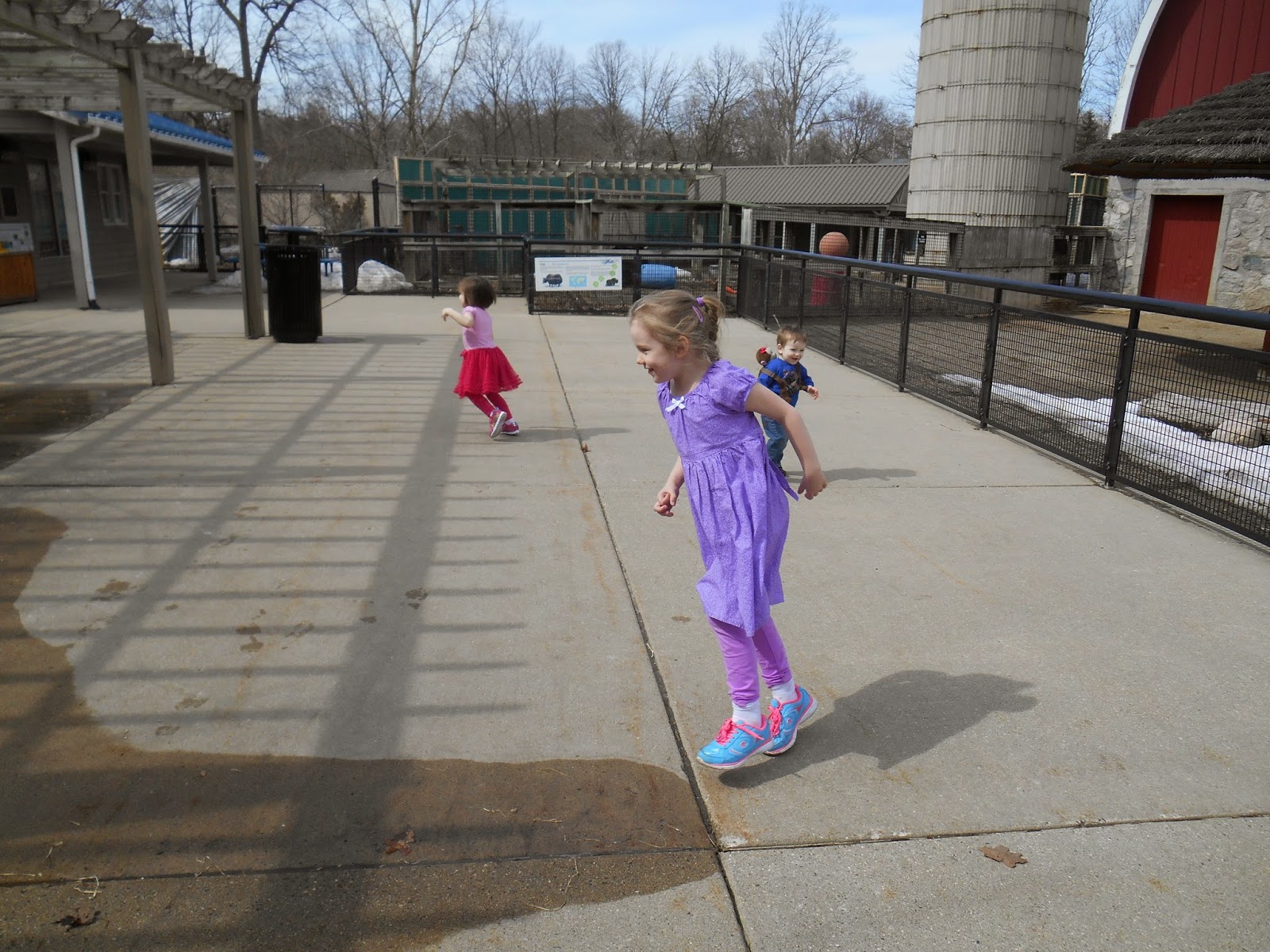 As you can imagine, they're partners in crime now.

Developmentally in many ways they're at about the same point, so sometimes I almost think of them as twins.  They're language isn't that far apart and when I do therapy activities with Maggie, Patch thinks they're fantastic and comes over and starts to do them too.  And when Maggie sees Patch doing them she's much, much more likely to join in and try to copy what he's doing. 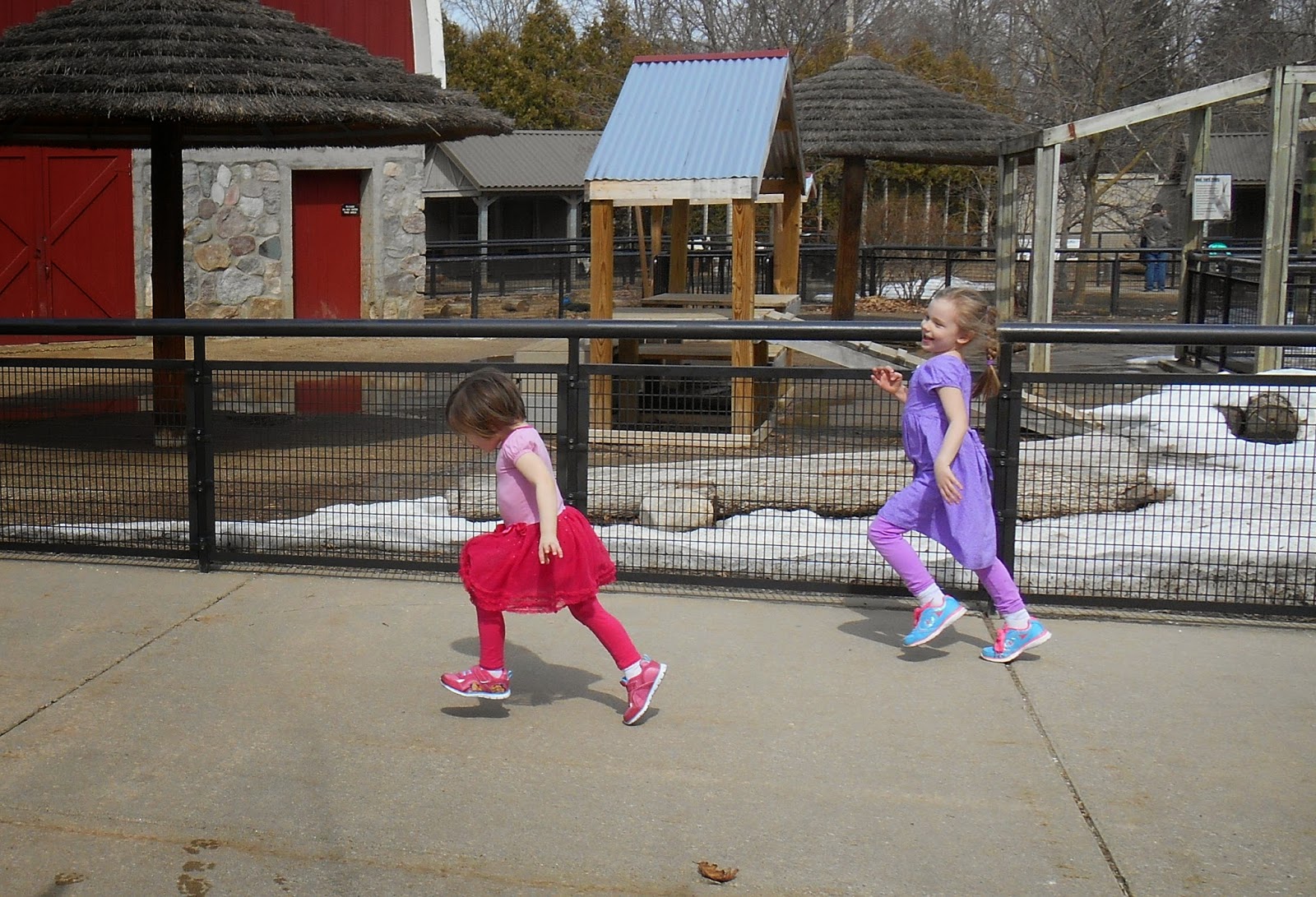 For a long time we have planned on just sort of welcoming babies into our family as God sent them to us and Mae's diagnosis hasn't changed that.  In fact, more than ever I look forward to watching her relationship blossom with her newest sibling when he or she arrives this winter. 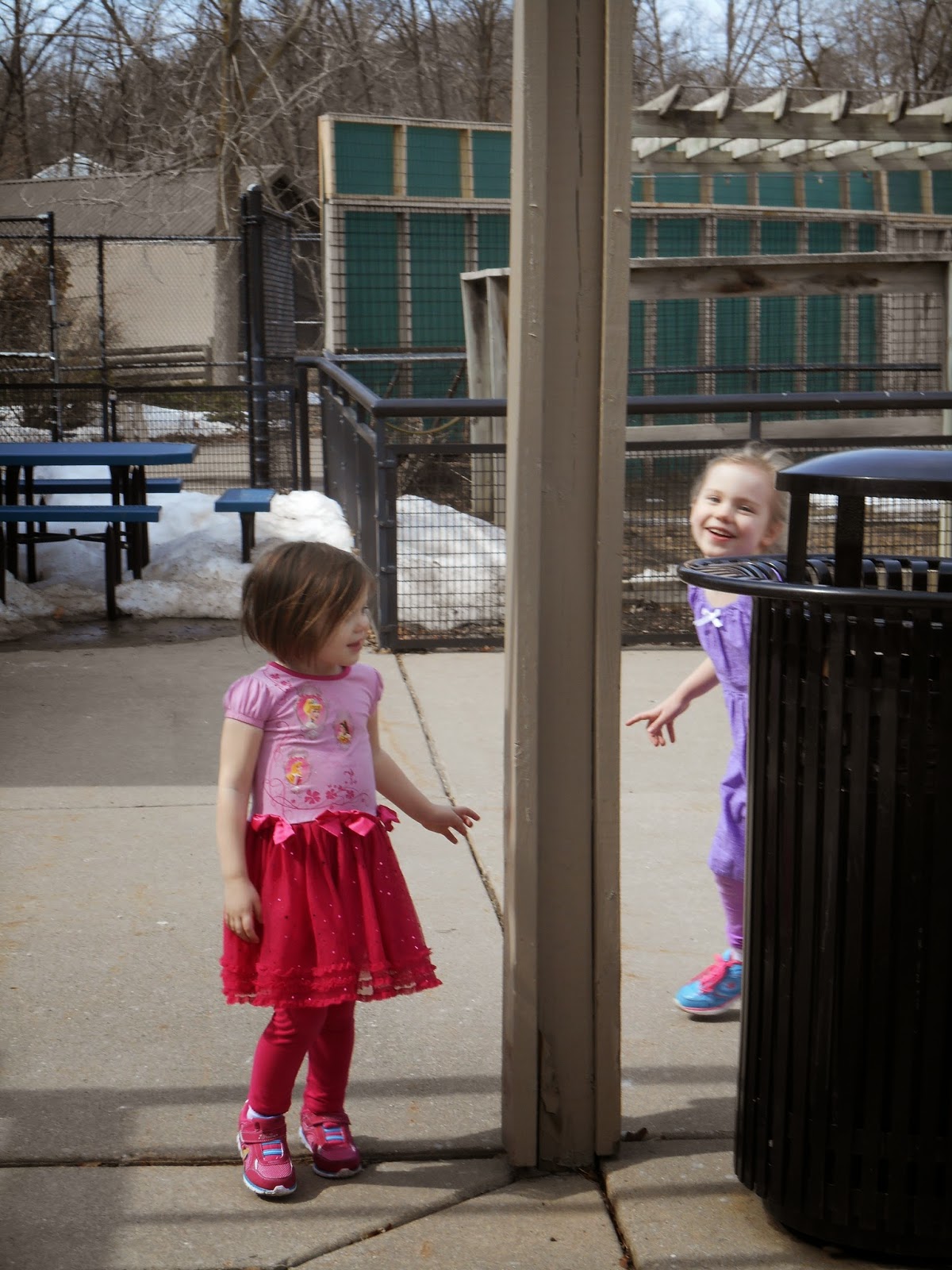 Patrick even begs to wear his sister's monkey leash.  I'm sure she's grateful for that, since it meant she wasn't wearing it... He even wore it proudly after splitting his lip while chasing after her in the little farm area at the zoo: 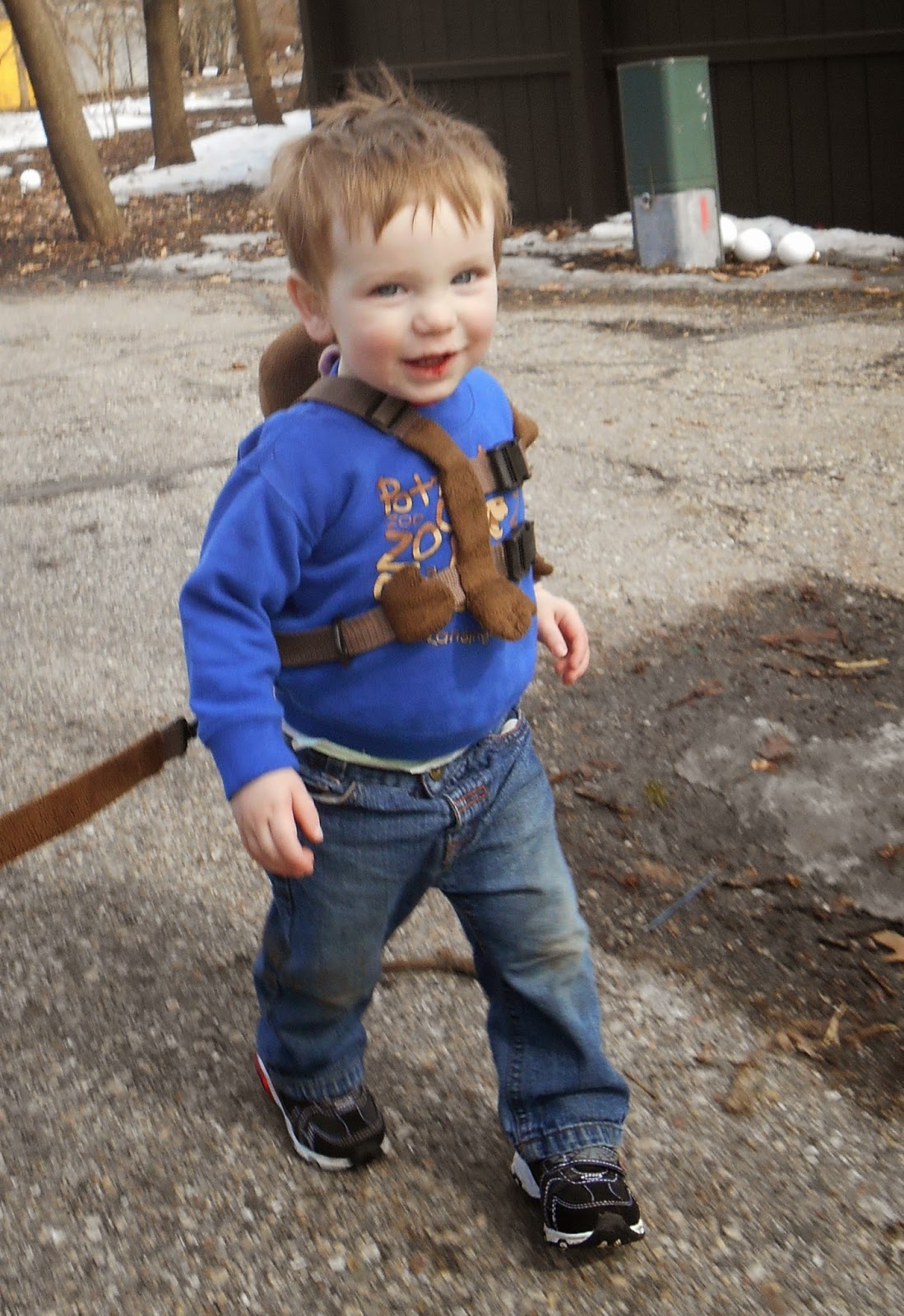 If Maggie had been diagnosed before Patrick was born, I likely would have been terrified at the idea of introducing another sibling.  Would it be too stressful? How would she react?

And that is why I am so, so grateful that he was born before her diagnosis and I got the chance to see them in action together as an inseparable duo before I really started to notice how important routine was in her days...

Then again, our routine didn't really change when Patrick arrived and hopefully the new baby will just fit right into the mix like he did. 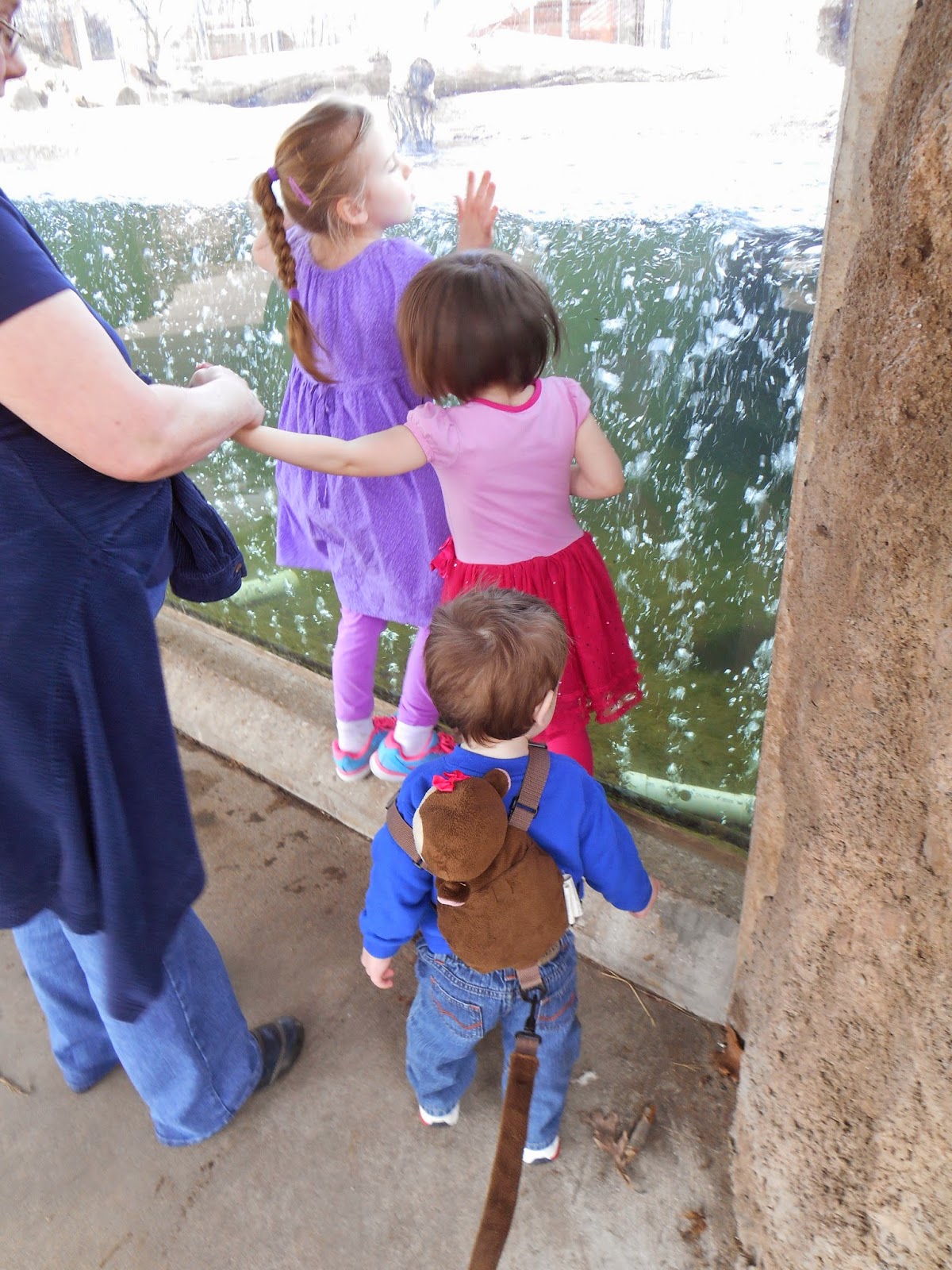 Now to get downstairs to see what Sadie has in store for my birthday.  She has big plans and I've heard it involves a "Princess Party" and a present that she picked out for me at Rite Aid...
Posted by Cammie Diane at 8:45 AM