It's arrived, the part of pregnancy where I spend all of Mass almost fainting.  At least I look pregnant now.  During the last few pregnancies it's hit earlier and I've felt guilty for not kneeling and even having to sit down suddenly from standing for long periods (aren't Lent and Easter a special challenge for that), but I'm coming to terms with the fact that it's just a fact of pregnancy for me (and for many others).  I try to remind myself of the Catholic OB in the hospital who I spoke with who pretty much forbade me from attempting to kneel during pregnancy since it makes me feel like I'm on the verge of fainting just about 100% of the time.

We didn't make it through all of Mass today.  The homily ran extra long and when the liturgy of the Eucharist hadn't started 50 minutes in and Mae was wild and I was alternating between feeling sick to my stomach and feeling faint I knew we were done (she knew I wasn't quite on my A-game of 3-year old wrangling and was taking full advantage).  We made it to the consecration.  So close, yet so far away.

On the upside (kind of) the feeling overheated and faint when we left the house meant I left the house without a jacket for the first time in months (it was in the 40s when we left this morning).  I wore a dress I found marked down at Meijer when I dared glance into the juniors section (Sadie was thrilled with it) because... lace and a maternity sweater I've had since my first pregnancy. 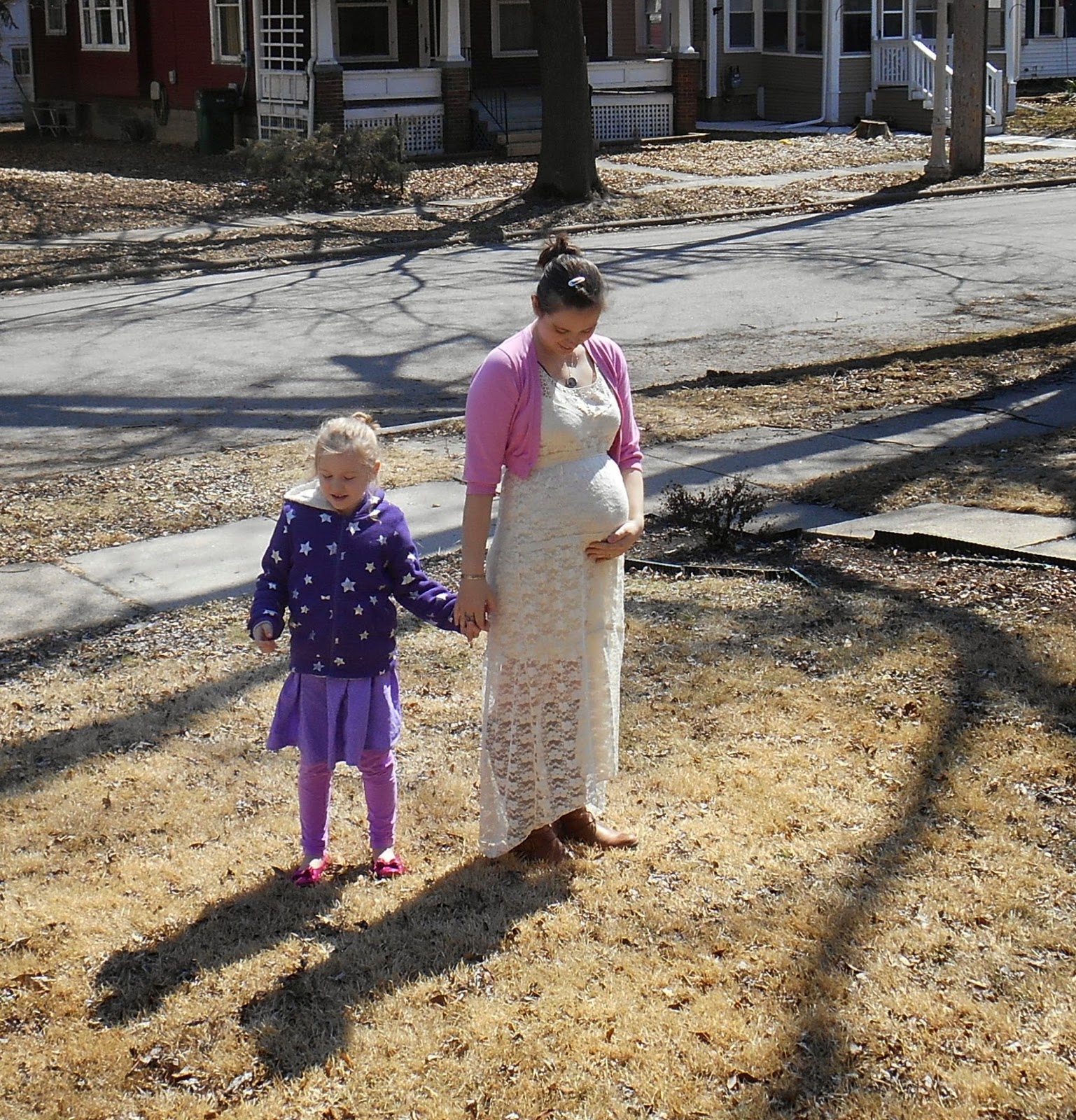 In other news we've officially crossed into the second trimester.

And in totally unrelated news I'm currently watching a certain child like a hawk and bribing her with chocolate chips to sit on the potty.  I'm not sure we're ready for this yet.  It's something we've been talking with her therapists about trying and this experiment may or may not be fueled by the fact that someone picked up the wrong size pull ups last week and I didn't remember to replace them when we went back to the store.  Anyways... Baby steps.  Her therapy center does run a potty "boot camp" although I don't think we'll be able to attend until after Paul takes the bar, since it's an all day thing.  It would be really, really nice not to have three kids in diapers at the same time come fall.  But if we do, we do.  Sooner or later it will click.

Opps!  I almost forgot!  Linking up for FLAP for WIWS!
Posted by Cammie Diane at 2:45 PM