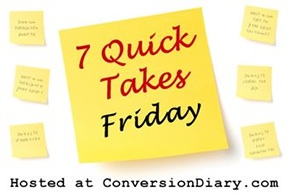 Yesterday was the last day of Paul's classes for his first year of law school!  I didn't even realize that until he told me (reminded?  I'm sure he's mentioned it before...) in the morning before he left for class.  I cannot believe how quickly that went by (while at the same time feeling like shouting: "Will this ever be over?!?!?!  When will we see you again?!?!?!?!" pretty much every week since August.).  And when I think that by the time the New Baby is Mae's age he will have graduated, it makes it feel like time is soaring by.

There is one thing that arrived in the mail last week that I desperately wish I had ordered eight months ago.  Actually, I should have registered for in when I was pregnant with Sadie and taken it with me on every vacation and trip.  After reading the mixed reviews on Amazon, that showed that not everyone realizes the greatness of this device, I was a little nervous about ordering it, but upon setting it up I am confident that it is going to make my weekends much, much more peaceful over the next couple years.  Here it is: 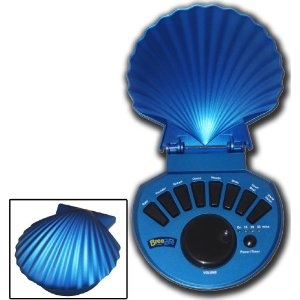 It can drowned out the sound of late night party goers tromping by the girls bedroom, cups in hand (for some reason that particular wall is the only one in the house that appears to have no sound proofing qualities whatsoever).  It can drowned out people celebrating (or mourning) the Alabama/LSU game.  And it will hopefully cut out the sound of the large metal door one floor down slamming over and over again on Saturday nights.  I should have bought a white noise maker years ago.

I have ruined Mae Bae's greatest joy in life.  Here's what it was:

She would go into the kitchen, open the locked dishwasher and attempt to remove all the cups and utensils.  We've been locked in battle over that particular little problem since before we moved to Florida (she loved Nani and Grumpa's dishwasher too).  I'd stop her four or five times on an average day.

I finally saw some dishwasher locks for less than $5 at Target and bought them, rejoicing.  And then of course I promptly forgot about them.  Until I found Mae in the kitchen, on the dishwasher, jumping up and down on the open door, while trying to swipe things she couldn't reach of the counter.

They are now installed and have thwarted Mae's dishwasher joy.  Life is much, much easier when I'm not closing that thing and standing in front of it constantly.  Mae Bae doesn't agree. 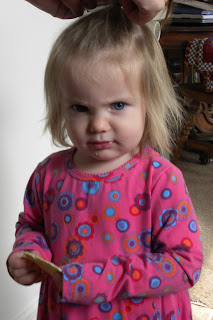 I posted this on the blog facebook page, but for those of you who missed the Sadie Quote Cuteness, we had this conversation yesterday:

I was very disappointed in my husband last night when he arrived home early from studying and said that he did not, in fact, want to watch Doctor Who with me.  I raised my eyebrows.  There may have been pouting.  It wasn't pretty and I'm not proud of it, but about ten minutes earlier I'd been thinking: "Well, I probably won't see him for the next two weeks with finals... At least I can catch up on watching Doctor Who..."  Thirteen Days of Bed Rest (yes I'm counting like a prisoner) have not necessarily brought out the best in me 100% of the time.

It was worse because not only did he not want to watch Doctor Who, but he was demanding custody of the TV remote to turn off my episode, just before we found out if the red eyed Ood were going to kill everyone.  After failing to find anything that looked good on Hulu or Netflix, Doctor Who was restored and he went to study (which is, let's face it, what needed to be happening anyways).  I thought I had him hooked after he watched the episdoe "Blink."  I guess he's just not as nerdy as I thought... 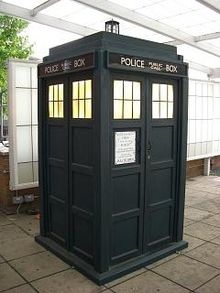 I've been writing and not just for my blog!  This has been one good thing that has come from sitting on the couch all day, watching the girls play.  I found a notebook (for some reason, I think I do better with first drafts by hand) and started filling it up.

For those of you who don't know how neurotic I am about my writing, I've finished two novels, one of which is not printed and the other which has some fifteen manuscripts sitting on the top shelf of a closet in California, never to see the light of day.  Those are my practice novels.  Maybe this one will be worthy of not being stashed away forever and ever.

Paul pointed out that I'm a little crazy when it comes to my writing and won't ever think anything is good enough.  I guess we'll see...

It's finally Friday, April 27th.  Which means today is my OB appointment.  I'm a little nervous.  So much has gone on and I've been stressing over whether there will be a heartbeat and whether everything will be okay.  12 weeks is where we caught the problem last time, with the slow heart rate, and today I am 11 weeks and 5 days.  I think if we just get through this appointment and everything is normal I might actually begin to relax a tiny bit.  At least I hope I will.

The second wish after the strong heartbeat, is to hear the doctor say:  "Every thing's great!  Of course you're off bed rest!  Travel? Oh that won't be a problem at all!  You'll be fine!  Enjoy your summer!"  So I can actually clean the apartment and make plans for the next three months.  Here's hoping for a happy update later today! 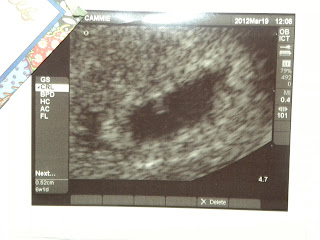 And that is the very first time I've joined in the Seven Quick Takes fun!  Thanks to Jen for hosting!