One thing that happens as additional pregnancies come along, is that a woman's stomach muscles tend to give up the battle to stay put much, much more quickly.  And that's why, I just had to do this comparrision post, showing each of my pregnancies at 12 weeks.

I remember taking this first picture (look, it's back when I wore jeans!  And I could fit into those jeans!) and I thought that I looked huge.  Really.  I clearly had no idea what "huge" was (I'd have a better idea right before I delivered a 9 lb baby, having had people ask if I was "almost done" since around 6 months because apparently I looked "ready to pop.").  So this is 12 weeks and pregnancy number 1. 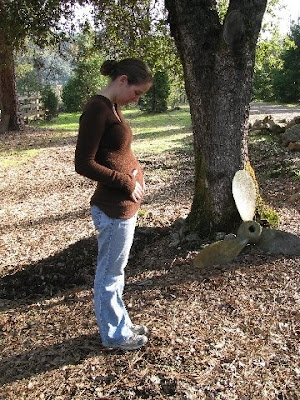 During pregnancy #2 I did feel like I showed a lot earlier... and I do remember getting suspicious looks from little old ladies starting at around 7 weeks, so there much have been some truth to that... but I still think bump #2 looks way smaller at 12 weeks than bump #4 does.  I mean, I know this isn't the best picture (it just happens to be the one we took at 12 weeks) but I can hardly even see a bump! 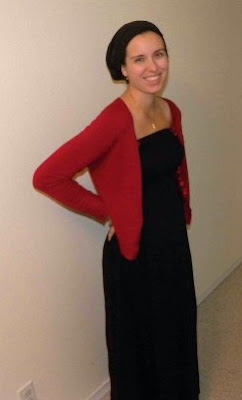 Bump #3 was actually the largest of the bunch.  I'm not quite sure if that was a sign there was a problem or just how it turned out, but here's my last pregnancy at 12 weeks:

And lastly, the picture from my last post, Pregnancy #4 Bump at 12 weeks.  Strangely enough this bump does feel pretty tiny (I guess it's all relative at this point).  But this definitely shows the difference between a first and a fourth pregnancy!