I know that the US Postal Service is not trying to drive me crazy.  I know they aren't trying to destroy my business.  But the thing is that about at least 25% of my business is overseas (mainly in Europe).  And about 75% of the more expensive items I ship are going overseas.  And somehow I just got a note from a second unhappy customer who is rightfully unhappy because they haven't received their shipment and it's been five weeks.

And I know what has happened.

Because it happened last month and caused me to send out a second package to replace the first when finally, after nearly two months, the initial package arrived, having apparently been sent "by sea" by the USPS. 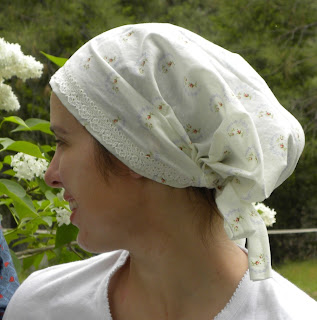 But that UPS store down the street is looking more and more appealing being a) closer and b) I imagine less incompetent (I'm already annoyed about having to drive twenty minutes round trip to pick up a package during very limited hours (10-3) only to find out that it was small enough to fit in our box).

And I know that this means I'll be sending out another silk snood to replace the one that's floating somewhere on the Atlantic, because I can't very well tell someone that "it will probably get there in another four to six weeks... that's what happened the last time the USPS really messed up an international order..."

After the last shipment I asked them to track the international packages but was informed I'd have to pay $30 for express or demand a signature upon arrival and pay $12 for the package to be tracked via registered mail.  Because I don't want to charge between $15-$30 to ship internationally I haven't gone that route.

So yeah.  UPS.  It looks like your about to get my business.  Fed Ex isn't an option since back in California the Fed Ex guy would refuse to drive out to pretty much any home in our town and would just dump all the packages at the local grocery store without calling anyone.  Sometimes over a week later someone in the family would stop by to pick something up and be told that there'd been a package there for a while...  So Fed Ex is on my non-shipping list too.

And I really hope that package gets there in the next few days.  The USPS is pretty much destroying my supply of dupioni silk...
Posted by Cammie Diane at 7:16 AM