I think I may be at the tail end of the morning sickness/nothing looks edible phase of pregnancy, mostly because I've spent a good portion of the last 24 hours imagining my favorite dishes from my favorite, not-around-here restaurants.  So while the flu is still making eating a little difficult, my imagination is conjuring up pregnancy cravings.  Here are a few of the top cravings at the moment.

I'll admit I'm not a big seafood eater.  I like shrimp and crab, but because of the cost of those particular dishes, when we go out I usually end up ordering Clam Chowder (another favorite).  And the Clam Chowder bread bowls from Splash Cafe are the best I've had anywhere in the entire world.  When I was in college we used to drive a couple hundred miles to spend the weekend surfing and getting a bread bowl for every single meal at Splash Cafe.  I actually went to check out the price, because I vaguely remembered that they express ship their wonderful soup (and bread bowls apparently!) all over the country... but alas, at $29.95 for four servings I don't think I'll be convincing Paul any time soon (besides, could it really make it through the Florida heat without spoiling?).  Either way at the moment it is my #1 pregnancy craving.

The other day when this craving struck I was cautiously optimistic.  This was another favorite restaurant in college and I remembered their paper place mats that constantly announced new restaurants opening around the country.  Was there one in Florida?  I googled.  And right away there was a hit with the words "Tampa Spaghetti Factory."  I was ready to get into the car at 8 pm to drive two hours each way to eat this bread.  And then I clicked on the link to see the estimated driving time and found that it wasn't true.  The link had combined a link for a clothing factory outlet store and a spaghetti restaurant.  Sigh.  I finally checked the restaurant site and found that we'd have to drive half way across the country to find a restaurant.  At least there's a chance that I could imitate their Cheesy Bread on my own (if I'm on my feet and in the kitchen any time soon, doing more than throwing things together quickly for each meal)...

I grew up in a town with a Pizza Factory that was pretty much a weekly part of our routine.  When I moved away I discovered that not all Pizza Factory franchises are created equally (and that some of them have frozen bread sticks that aren't good at all, while some make them themselves and they're delicious!).  So I have a few particular restaurants in mind with this particular craving.  At least there's a chance I might be eating these sometime in the next couple months... and since every single one of my attempts at making pizza crust has failed horribly, this is definitely outside of the realm of what I can make on my own! 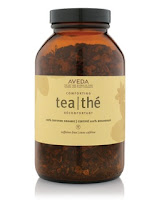 I spent an hour last night, doing nothing other than fixating on this tea.  Back in the day, when I didn't think $26 was too much to spend for 4.9 ounces of tea (it was a fairly large jar, what with unpackaged tea being so light) I learned that this tea was one of the best remedies for a sore throat/cold.  I did find a recipe of mixing 1 1/4 cups licorice root, 1 cup peppermint leaves, 1/8 cup fennel and 1/8 cup basil leaves online that claimed that it tastes just like the actual tea and was then slightly thankful when Paul was still at his meeting because in that moment I probably would have tried to beg him to go out to find licorice root, peppermint leaves and fennel (and basil too for that matter since I'm practically out).

Does nine years make the heart grow fonder when remembering frequently eaten fast food?  Actually I liked this fast food chain quite a bit when I was going to University of Cape Town for a semester, and for some reason it's the only burger at the moment that actually sounds good. 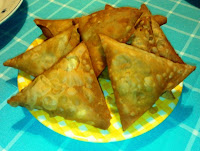 This actually beats craving #5.  In fact it might beat all the other cravings if I were able to pick one (it would have to battle it out with craving #1... I don't know who would win...).  When I was attending UCT we'd buy bags of samosas for next to nothing from street vendors and eat them constantly.  Here in the states I find that samosas aren't usually cheap and even the not cheap ones are vegetarian (and I'm craving the cumin mince once I loved back in 2003...).  And every time I look at recipes I'm way to intimidated to give them a try...

Oh well.  At least this is a sign that my appetite is returning.  I'm ready for the loving-food part of this pregnancy to begin!