Approaching Change and Fear: Thoughts on Our New Pope 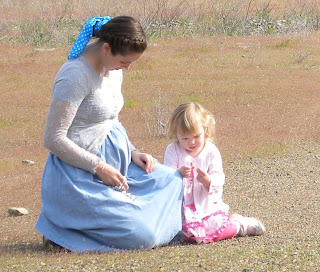 This post has been slowly forming in my head these past few days, and yet, to be honest, I have no idea what I'm going to say.  Like many of you, I've found a strangeness and difficulty as I've fumbled through Holy Week this year, and I best work through my thoughts by writing them out.  Hopefully I won't offend everyone too horribly.  Remember, I'm just working through this too, in my own way.  Now I can't guarantee you'll get anything worthwhile out of them, but I guess that's a risk with any blog post.  So... here goes...

When I was little, my mom would warn me about changes to my schedule in the upcoming week, because apparently something like "Hey, let's go to the bank today!" on such short notice, would send my little world spinning off kilter.  It was much easier to say: "We're going to the bank tomorrow morning!" which for some reason was not upsetting, since I had time to process and think about the change.  So apparently my innate "not a huge fan of change" traits stretch way, way back.

Of course, we had quite a lot of warning that change was coming, when Pope Emeritus Benedict XVI (that's a mouthful, but it's what he officially is called right?  Plain ol' Benedict just doesn't quite seem respectful enough...) announced that he was abdicating and I rushed around the house talking about it to anyone who would listen (namely Paul, when he was home and the Four Year Old, when he wasn't).  I wasn't upset or anxious.  Just sorrowful.  It was something we'd known would likely happen soon, as he appeared ever more frail in each new image broadcast over the media... but I hadn't wanted it to happen just yet. 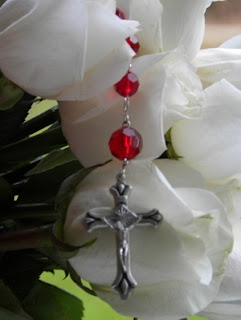 Give us a little longer, I wished.  Eight years wasn't enough (funny how with one leader it goes by like that and with others it can drag on.  and on.  and on.).

Still, I was excited for the conclave and held my breath alongside the rest of the world to see who would step out onto the balcony and celebrate in our little toy cluttered living room in the middle of the day as we waited to receive the new Pope's blessing.

I'll admit, I felt a catch in my throat when they said that he was a Jesuit.  I thought back to our time while Paul was in a Jesuit theology program and had to rally my flagging enthusiasm by rushing over to the computer the first chance I had and reading about our brave new leader, the man chosen by the College of Cardinals to be our next Pope.  And what I read reassured me greatly.

In the days that followed I found myself surprised that I wasn't instantly entirely joyous about the announcement of our new pontiff.  I don't know why I'd expected the sadness of missing our last Pope to completely disappear, but I guess in hindsight, I did.

"And had I instantly felt affection for Benedict?" I found myself asking (because in my thoughts he is just plain Benedict).  I remember feeling defensive of him very early in my journey towards Catholicism, but I couldn't remember that moment when I actually became emotionally invested in this man who was to listen for the voice of the Holy Spirit and guide the Church through our darkened world. 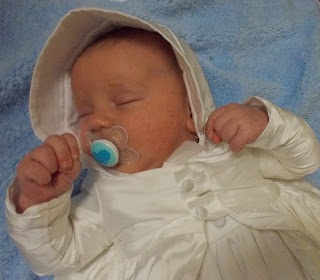 Then the attacks started, and of course, they didn't come from the quarter that I expected.  This is scary, I've been told.  He's changing everything, I hear.  Wait, there were puppets?  I read the words, not clicking on the link.  It's hard not to feel anxious when it seems that quite a few people who you generally relate well with are all panicking.

But I've been determined.  "Let nothing alarm you."  I've repeated in my head.  It is Holy Week.  The devil would love to see us up in arms.  He would love to have us at one another's throats.  And what do we know really?  What have we seen from this gentle man?  His affection for his brothers and sisters?  His compassion for the poor? His simplicity?

I watch him on the news and I find myself annoyed, not by his beautiful actions of loving kindness, but at the reporters' analysis.  I feel the sting of their condescending comparison to the retired Pope who I still feel such affection for.   My heart aches.  But is that ache from anything that the Pope has actually done?  No, it isn't.

Watching CNN there were multiple references to the Pope's PR moves, as if the baby kissing, and wading into crowds and foot washing were just publicity stunts.  It shouldn't surprise us that the world would immediately suspect something of that sort.  But shouldn't we at the very, very, very least, give this man who is our shepherd the benefit of the doubt as to his motivations and accept that he is doing this because he loves God and expresses that love by loving the whole of God's creation? 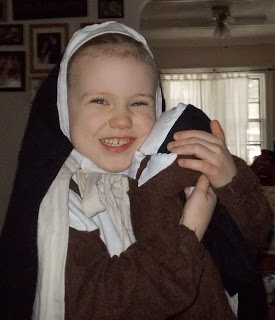 Does that mean that everything he does will be right or perfect?  Of course not.  He's a man. He's not speaking infallibly all the time, or even most of the time (or even ever for all that that has been used).  But he is the Pope.  And he deserves our respect.  More than that, I think he deserves that we listen and watch and try not to run around like a bunch of chickens with our heads cut off.

So let's take a deep breath.  Let's stop attacking each other.

My heart feels as if it's dropping into a bottomless pit, not because of Pope Francis' actions this week, but because how I've seen us talk to each other.  I've seen people attack the Pope.  I've seen others respond, calling anyone who's afraid of what's going on "Protestant."  And I recoil at that because, while I'm resisting the fear I've felt (remember, I'm not the biggest fan of change!), I can certainly understand why others around me are feeling it.

The devil is doing his work well as we approach Easter, sowing dissent during this time when our eyes should be fixed on the cross, and ultimately, the empty tomb that tells us that He is Risen!

If I'm honest, I have to admit that I am learning from Pope Francis already, in a painful, heart stretching sort of way (is growing ever comfortable?).  For as I've heard terms like lace-loving-Protestant used and thought "no, no, they're just afraid," I've begun to think more and more about those "Cafeteria Catholics" and have felt a greater compassion for what they might be afraid of these past years. 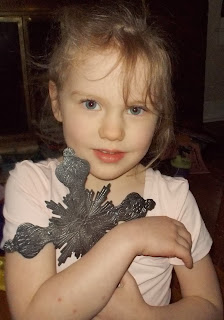 Yes, the truth is the truth.  It doesn't mean that I agree with them in the least on what is right and what is wrong.  But I think I understand a little more what it means to be afraid by someone who's practice of faith is so visibly different from our own, especially when they were raised in a time when many said "oh no, that's not a sin..." and twisted falsehoods until they almost looked like truth.

Let us all step back, in these last hours before the holiest day of the year, and be gentler with one another.  Let's give this man, who the College of Cardinals trusted enough to elect to lead us, the benefit of the doubt, rather than letting our thoughts run wild with "what I think" this act that he has done might mean.  And let us pray that God gives Pope Francis the strength to lift the heavy load that he has taken upon his shoulders, so that he may guide us through the years that are to come.  It cannot be easy to bear that responsibility, and let us not add to his burden by disparaging him, or indulging in anger.  It is nearly Easter, after all.  Christ has died for our sin.  We wake to find that he has defeated death and that his promise is that we are to be resurrected with him.  Let us turn aside from the anger and strife of this world and love with our whole hearts.  Let us strive that through his grace working in our lives , we might be made worthy of his sacrifice.
Posted by Cammie Diane at 11:29 AM