{phfr} I refuse to take pictures with snow edition

I am refusing to take pictures or call that fluffy white stuff outside "pretty" right now.  But, after a week of staying inside while the weather man tells me that the high is 25 but if that it feels like 6 right now with windchill, and says things like "don't put those winter jackets away just yet" the house isn't feeling particularly "pretty."  Except my kitchen now and then and the living room and dining room for a brief span of time when no one is awake to appreciate it, much less take a picture of it.

So I'm sharing with you my fruit baskets, because they make my kitchen so much prettier, and at the moment, feel like one of the most useful kitchen instruments that I own.  Otherwise, those apple eating bandits that can easily put away a 2.5 bag of apples in a day, would rob me blind and decimate our fruit and veggie supply long before shopping day.

Not everyone in the house has a beef with the snow.

Some people are perfectly content to stay inside and be cuddled. 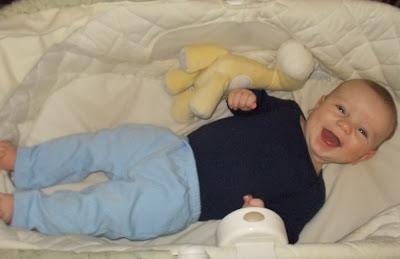 And some people like to heckle Ma if she takes to many pictures.
Like in the photo below.
But at least he's pretty darn cute while doing it! 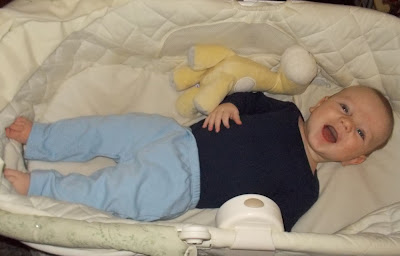 Mr. Giraffe, on the other hand, refused to cooperate with my "smile" instructions.

Mr. Giraffe is a bit of a secret at our doctor's appointments where I am firmly instructed to not let The Boy have anything in his bassinet, ever, or he will most certainly suffocate with it.
I tried to take giraffe away.  I really did.  And do you know what happened?
He screamed and screamed and screamed until Mr. Giraffe was returned to the crook of his little arm
where he cradles his little lovey and peacefully drifts off to dreams, while I check on him frequently to make sure that the giraffe has not attempted to sneak up anywhere near his face.

Sometimes, when he's really soundly asleep, I slip Giraffe down by his legs.  The tirade that begins when he wakes, Giraffe-less, however is immediate and unrelenting.

He's my first baby to be attached at all to a stuffed animal at this age and I have to say, they're pretty sweet to see together.

See, the next picture isn't apparently funny, but Paul's reaction had me smiling.

I was experimenting with a new recipe this week.  It came out looking like this: 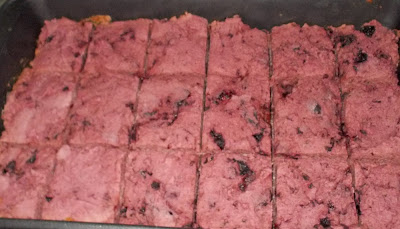 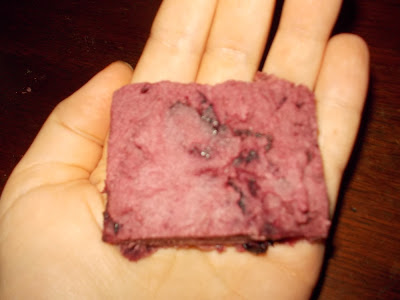 "Delicious!"  I thought, as I evaluated my new cherry concoction.  "And light and fluffy, like the perfect cake!  Definitely a winner!"

I served it proudly after dinner where the girls wolfed it down as if they hadn't just eaten a hearty dinner.  Paul, on the other hand, ate it and began to chuckle to himself.

"What do you think?"  I asked him.  "I need the truth if I'm going to figure out if it's cook book worthy!"

"Well," he said, still laughing a bit.  "There's no way I can think of saying this that doesn't sound bad." Paul is nothing if not honest when it comes to evaluations of cooking (remember the quinoa incident of 2010?).  "It is really, really tasty.  But it feels like eating play dough."

So... I've come to a realization after nearly two months without pretty much any food that makes baking easy, or food made by anyone other than myself,  I've forgotten what regular baked things taste/feel like.  Because apparently after repeated baking disasters, play dough and "fluffy cake" are the same thing in my mind.  And I guess that means that particular cheery filled recipe still needs a bit of tweaking!

I have been feeling like a one man assembly line super star of late.  I finish the orders that I'm shipping out each day.  And then I turn my attention to my new possibly impossible goal.

There are monster quilts. 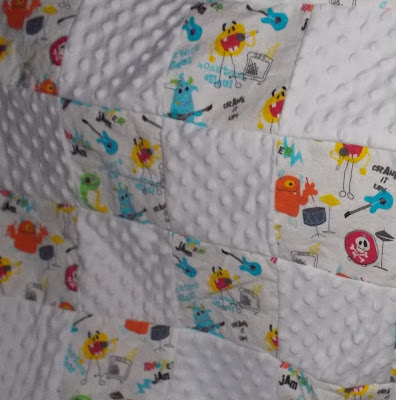 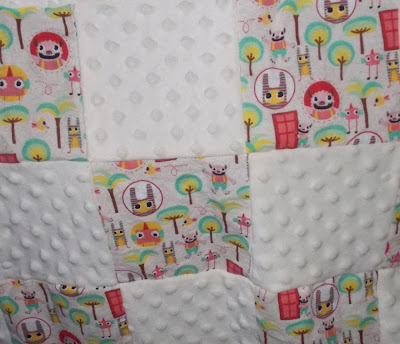 And quilts that are so cute that it's a good thing we don't have a baby girl in the house because I would never, ever be able to part with the fabric. 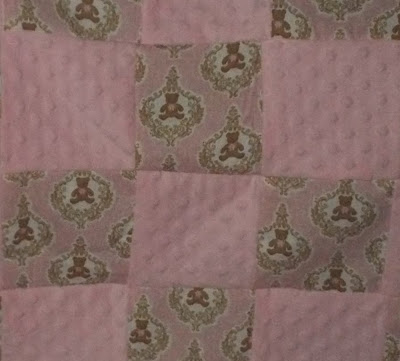 And quilts to brighten babies room. 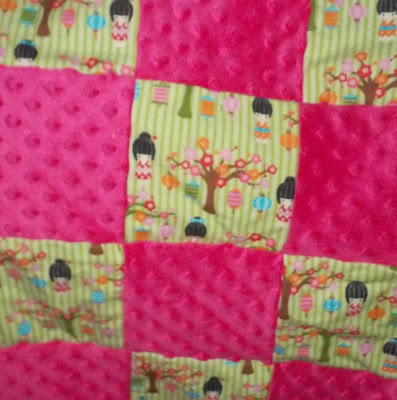 Quilt after quilt after quilt.  I have a goal.  I want to make 50 of them by the time the craft fair rolls around in May.  Which is what?  A quilt a day?  On top of orders and on top of other things for the fair and my shops?

But I am having fun.  And I have 15 quilt tops pieced together now.  I'm going to try to finish the next 35 by the end of the month and then I'll have a month and a half to quilt and bind them.

No.  No you can't.  But quilting insanity has definitely struck here.  And I'm hoping that I can at least meet my goal of 50 by the middle of May!

Want more pictures (possibly taken outside in a world not covered by snow and with a camera that doesn't make the picture taker constantly exclaim, "What on Earth is wrong with you?!?!?!")?  Head over to the link-up at Like Mother, Like Daughter for more Pretty, Happy, Funny, Real fun!
Posted by Cammie Diane at 8:37 AM