{phfr} Is it Spring Yet? Edition

So it's cold again.  Not cold like last month cold, or the month before, but cold after it's been not so cold for two days and I'm ready for it to be spring now.  As a result we haven't been outside much and inside isn't looking all that "pretty" at least not while the little ones are awake.

However one highlight in the day has been Mae's favorite outfit.  She loves it.  She actually puts up her arms for me to put her into it, instead of fighting like a hyena being forced into a dress which is what happens with pretty much every other outfit.

Until she realized that the sweater only had three buttons (which, to clarify, is all it's supposed to have). Then the hysterics began with repeated shrieks of "buttons" echoing through the house.  Oh to be two.

We are very, very happy about the new Pope.  Sadie made him a cake (out of wooden blocks, which can be seen in the background).  There was lots of dancing and squealing.  It was sooooooo hard to wait for the announcement: 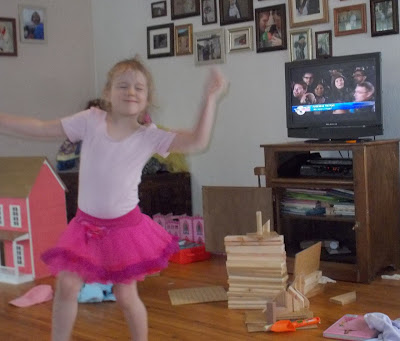 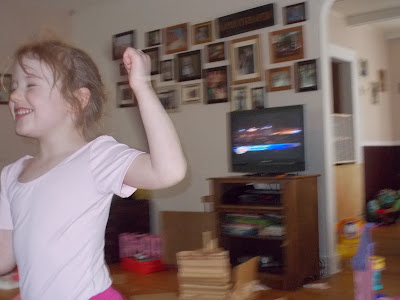 
This kid.  She never gives up.  She can easily scale this fence now.  Oh my.

The upstairs is no longer safe from grabby little toddler hands. 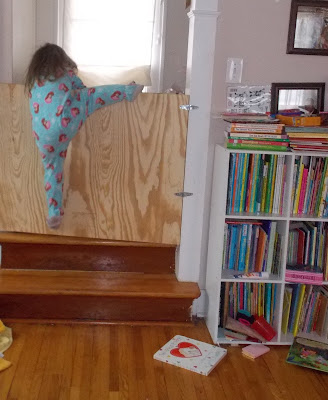 I don't know if you can see if but he's asking me with his eyes why on earth she's so close to him.  He knows that she's desperate to hold him, standing up, while dancing.  And so the proximity is making him a tad nervous: 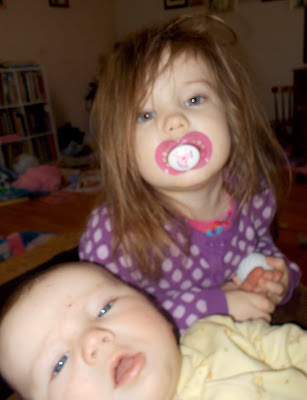 He's even more nervous now... and see those toys in front of her?  She brought those over for him to play with.  A peace offering of sorts?

He's not buying it.  He knows she's about fifteen minutes away from trying to pretend he's a pony, while Mommy scoops him to safety.

But she loves him so much! 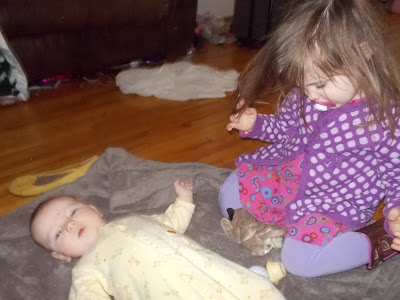 For more link up fun head over to Like Mother, Like Daughter!
Posted by Cammie Diane at 4:10 PM