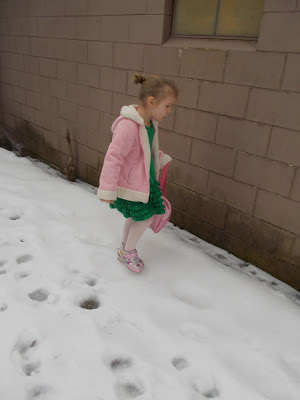 We arrived at the community center and hung up her little jacket and sweater and dress. She proudly handed me the pink bag she'd carried with her from the house after removing her slippers and then the much anticipated moment had come... 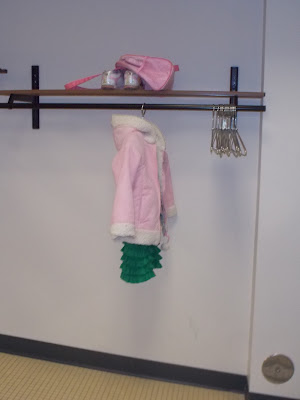 Nani and Grumpa gave Sadie ballet lessons this spring.  We likely would have stayed with ice skating, which they gave her back in winter, but ice skating has been canceled this season and that was just fine with Sadie because she has become obsessed with Angelina Ballerina.  She has an old Angelina book that was mine some time in the distant past and she loves to read it over and over again.

There are also two documentaries on Netflix on ballerinas and she asks to watch them every day (and once in a while I say yes).  I'm amazed that she'll sit and watch a documentary where most of the speaking is in Russian, since it's about ballet.

But after months of her talking about ballet, and watching ballet and learning the names of steps from ballet videos that we had that she now wants to watch, I was ready to take her to a ballet class and let her get her ballet wiggles out.

She was very serious about her steps (which is kind of hilarious), while simultaneously being giggly about going to the class.  And it was nice to find a class that was about fun and wasn't trying to teach 3 year old competitive ballet, like her class in Florida. 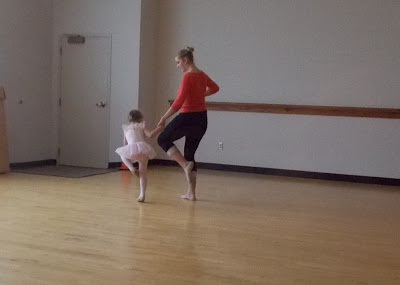 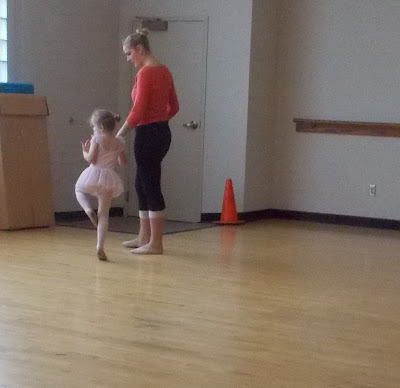 After class she told me that she'd done so much better at ballet this time that her teacher didn't even have to yell at her for not being any good, which made me want to shake the ballet teacher at the last school where she took their "class for three year olds" where the atmosphere radiated to the waiting room in the form of a Dad making a rude comment about our joyful three year olds dancing ability.

That's one thing I enjoy about the rec district programs... It's so much more relaxed and is about fun rather than competition, which at this age is exactly what we're looking for!

Email ThisBlogThis!Share to TwitterShare to FacebookShare to Pinterest
Labels: ballet